On August 25, the fifth season of creator Steven Knight’s 1920s British gangster drama Peaky Blinders premiered on BBC One. Today, all six episodes arrive on Netflix here in the United States. For those that are familiar with the series, you know just how delectable it can be—a stylishly whiskey soaked Sopranos snack for a new age. For those who aren’t familiar with Peaky Blinders, congratulations, you now have your new binge obsession to devour this weekend.

With more than three decades as a Hollywood writer under his belt, including one Academy Award nomination, you would think Knight would have grown weary of the pre-release hype machine. Questions and answers, anecdotes and explanations; everyday office drones have grown weary of less. But speaking from a winding, zipping New York City taxi cab, it was clear that the 60-year-old is as excited as ever. And why shouldn’t he be? Season 5, which deals with the rise of fascism in the form of Sam Claflin’s ambitious politician Oswald Mosley, is an absolute smashing success.

Knight is nothing if not passionate about this work, which he hopes will extend to seven full seasons though BBC has not yet made that move officially. The creator recently chatted with Observer about the inspiration behind Peaky Blinders, the ultimate fate of its main character (Cillian Murphy’s Thomas Shelby), and his proposed spinoff.

You’ve previously said that Peaky Blinders is an attempt to mythologize your parents’ lives and introduce an element of glamor to the poor area of Birmingham, England. What, specifically, are the aspirational elements you sought to showcase?
I think it was… to be in charge of one’s own destiny is what played the biggest role. At the time, gangsters became attractive. It had become a place of poverty and hardship, where one did not have control over one’s own life, you know? People who were gangsters seemed to be in control. They had money, they had power, they had politics. So I think that is what made them celebrities of their age.

Thomas Shelby is a gangster and a bad man. He’s confronting something worse in Season 5, but still does bad things. Do you think he is worthy of forgiveness and redemption?
Well, the odd task as a writer over the period of seven seasons by the time we finish it, is to take someone who does very bad things and see if they can be redeemed. I think it’s achievable. I think I’m on the road to that. It’s curious—even in spite of all the bad things he’s done, he still seems to have a connection with the audience. I think that’s partly because of Cillian’s performance.

Peaky Blinders is set in the 1920s as a period piece and yet is presented, visually and stylistically, with many modern flourishes. Is that intentional?
I wanted it to feel mythologized. I want it to feel heightened. I want it to look good and to feel like a memory, you know? Like a kid’s memory of things that happened long ago. I wanted it to do what Americans did with Westerns and take a real period of history, a real geographical location, and turn it into a dream. That’s what Americans created with Westerns around the 19th century.

Sam Claflin is remarkable in Season 5 as the fascist politician Oswald Mosley. It’s very different from anything he’s done before. When you’re casting, do you look for an actor who breathes life into your vision on the page or someone who takes it in an unexpected direction?
I think the best actors do both. I think they fulfill what you want them to do, in terms of the vision for the whole piece. And then they always bring something that does surprise you and shock you. And I think Sam just nailed what Mosley was, which was someone clearly evil but refined and intelligent.

I really like how Sam, in real life, is several years younger than Cillian. Yet the power dynamics between their characters this season are very clearly reversed and you never question it.
Absolutely, and that’s actually a good point. He is younger yet, certainly, when he becomes Mosley he is the old man. Much like a father almost in terms of hierarchy.

You’ve shown tremendous restraint when it comes to using Winston Churchill, who loomed large during this period of history but who has stayed on the periphery of your story. What consideration went into the frequency with which you use the character?
He’s become useful to me as a writer because he was around a lot of the issues that Peaky touches on, not the least of all is the rise of fascism. He was pretty much the lone warning about the dangers of fascism in Europe. But also, he was a character that had a lot of similarities to Thomas Shelby. He suffered greatly with depression and he famously drank a bottle of brandy a day and he smoked his cigars, and yet he always survived. I really liked that idea.

Can you tell me a little more about your proposed Peaky Blinders spinoff?
Well, I think if the wind is blowing in that direction and the energy is there after seven seasons, then why not provide it? I’m not a big fan of prequels to be honest. I’m looking at where this world takes us after World War II. 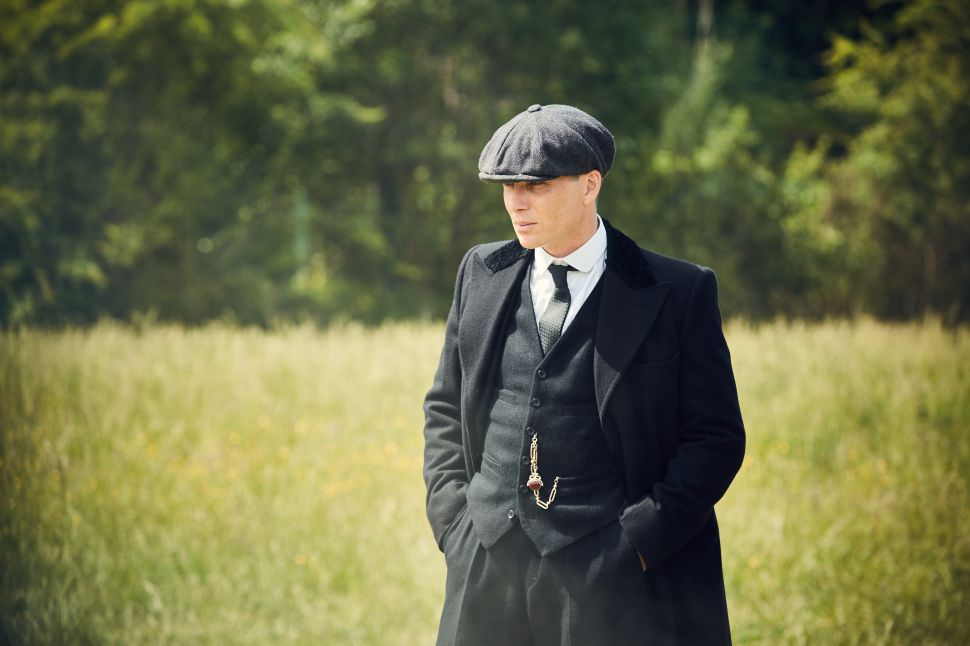