Over the summer, Nick Jonas sold his sleek Beverly Hills mansion. The Jonas Brother owned the 4,129-square-foot Los Angeles home for less than a year; he purchased it for $6.5 million in April 2018, prior to his engagement and multiple weddings to his now-wife Priyanka Chopra.

No matter, the boy bander offloaded the five-bedroom, 4.5-bathroom bachelor pad for $6.91 million in an off-market deal in July—perhaps the glassy residence wasn’t quite the marital home he and Chopra were looking for. While Jonas didn’t net any big profit in the sale, it turns out that he apparently did locate a famous buyer for the home, as the new owner is tennis champion Naomi Osaka, according to Variety.

We assume this means the 21-year-old athlete is planning on spending quite a bit of time on the West Coast, though her new home is lacking in a tennis court.

There are high ceilings, clerestory windows and wide plank flooring throughout, as well as custom milled paneling.

The eat-in kitchen is equipped with stainless steel Miele appliances, white cabinetry and a grey stone breakfast island with counter seating. There’s a separate dining area, which is open to a living room that contains a towering grey stone fireplace.

A two-story guest house is composed of a bedroom, office and spare living area, and is reached via a covered outdoor walkway. There’s also an infinity pool and plenty of exterior patio space.

Enjoy this vid of me trying to figure out how to film these pants. You already know I’m about to wear them everyday for the rest of my life 🇭🇹🇯🇵 BIG thank you @levis for doing this 🥰❤️

It seems Osaka is all settled in at the JoBro’s former residence, at least according to a few of her Instagrams over the past few months. Jonas and Chopra, on the other hand, don’t appear to have found their next Los Angeles home just yet, but they’re definitely on the move—they’re reportedly checking out Beverly Hills and Bel Air mansions in the $20 million range. 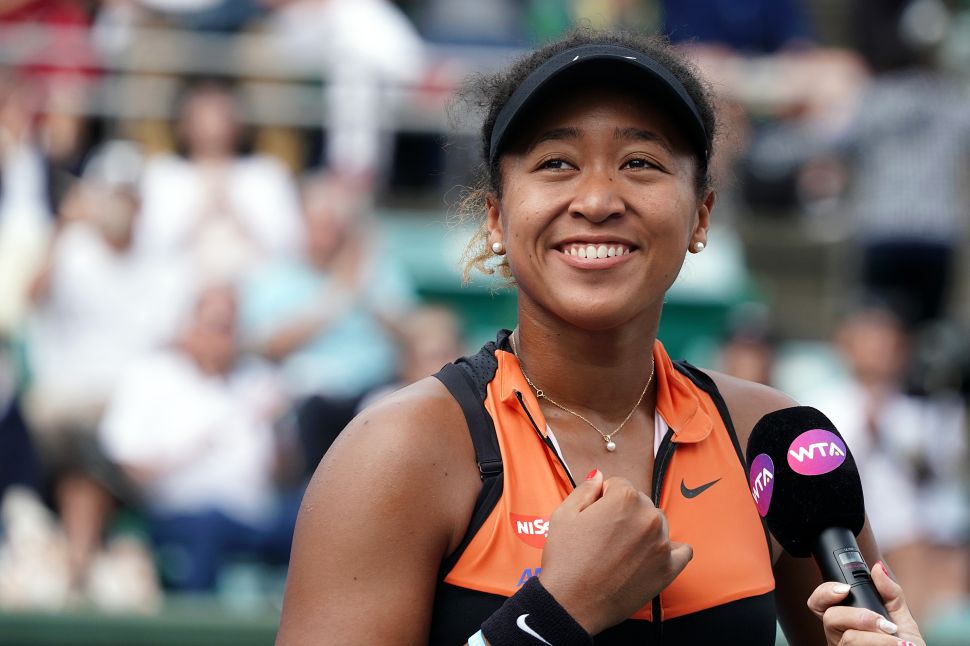