Nike’s Board of Directors announced the replacement of longtime chief executive Mark Parker on Tuesday. The sneaker giant will have former eBay CEO and Nike board member John Donahoe replace Parker in 2020, though Parker will not be stepping away from Nike altogether.

The shake-up will see Parker take on the role of executive chairman, where he’ll “continue to lead the Board of Directors and work closely with Donahoe and the senior management team,” according to the company. The shuffle is said to be yet another sign that Nike will continue its efforts to focus on tech innovation.

In an interview with CNBC, Parker insisted his shift at the leadership level isn’t a result of the recent doping scandal involving the company. The “Oregon Project” allegations, which surfaced in September and reportedly involved Parker, saw Nike’s Oregon Project head running coach Alberto Salazar banned for facilitating the use of performance-enhancing drugs. Parker said that the company’s board had been working on the CEO transition for “many months,” going on to note that it’s “not something that happens in a matter of weeks.”

As the former CEO of eBay and current chairman of PayPal, Donahoe is stepping into the chief executive role after five years with Nike. Donahue is also the CEO of cloud computing company ServiceNow.

“It is an honor to become president and CEO of this amazing, innovative company, and to join the more than 76,000 talented and passionate employees dedicated to serving athletes,” said Donahoe in the release.

Apple CEO Tim Cook, who currently serves as Nike’s lead independent director, said in a statement on Tuesday that both Parker and Donahoe are “two exceptional leaders.”

“With Mark’s leadership, Nike’s revenue tripled and Nike became one of the most iconic and innovative brands in the world,” Cook said. “John has a proven track record as a highly successful three-time CEO and, like Mark, leads with integrity and loves Nike and the world of sport. I know them both well, and I could not be more excited they will work together to lead Nike’s next chapter.”

Parker’s role as Nike CEO, a title he’s held since 2006, has brought on major growth and several partnerships, including the Nike+ campaign with Apple. The collaboration was a result of a close friendship between Parker and the late Steve Jobs. 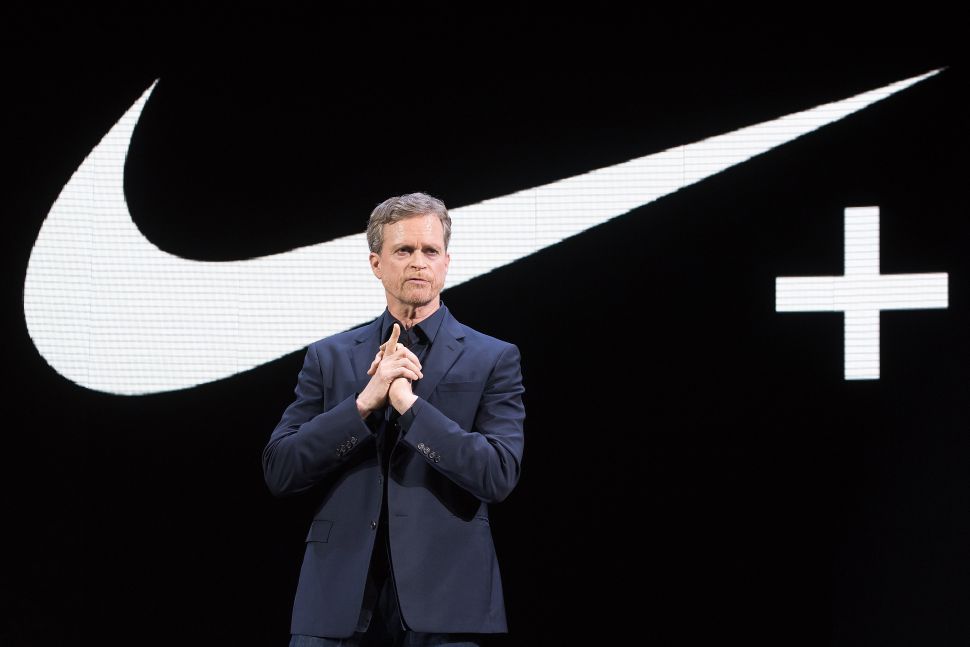