Can the chain steakhouse dining experience be improved? Definitely! Better meat, better lighting and better background music would all be welcome—although, then, it wouldn’t be a $15.99-a-meal chain steakhouse—but these are improvements that don’t require software using artificial-intelligence (AI) to monitor workers and customers and suggest other, less fundamental “tweaks.”

SEE ALSO: Will Robo-Pizza Become the Next Stadium Staple?

As Wired first reported, Bloomin’ Brands, which owns the ubiquitous mall-side eatery chain, had, as of last week, planned to use a “surveillance system” called Presto Vision to “evaluate interactions between customers,” looking for a uniform, mediocre experience, and its workers making mostly minimum wage.

Bending to a wave of near-universally negative feedback—turns out chain diners find companies using AI to spy on their people in order make even more money off of cheap steaks distasteful—Bloomin’ Brands has changed its mind and will not use Presto Vision, as Eater Portland reported.

“We know our franchisee had the best of intentions when testing technology to help provide exceptional service,” company spokeswoman Elizabeth Watts said in a statement, “but we all agree that hospitality is best achieved by serving our customers’ needs in the moment.”

Chain restaurants have been using software to coordinate when tables are seated and cleared for quite a while, but using cameras and machine learning to track how quickly the kitchen brings out the surf-and-turf and how many times the server swings by to smile and refill a family of six’s was a new frontier.

Armed with such data, Presto Vision’s big promise was to alert management to “noteworthy events,” like a long wait time for a table—something every front-of-house employee has a handle on, given their proximity to a long line of agitated people in the lobby—and how to “optimize restaurant operations.” Again, “get the food out more quickly” and “clear the table more quickly” are innovations a restaurant manager doesn’t need AI-aided surveillance to know to institute, so you could argue that such a move was unnecessary and intrusive. As well as deeply unpopular!

As Eater noted, social media users were almost universally critical. And, as Wired added, the additional element of surveillance was almost sure to raise the stress levels of already underpaid employees hustling to earn tips from people whose idea of a fine night out is a $15.99 meal promoted on Monday Night Football.

Because that’s the thing about Outback Steakhouse: its uniform mediocrity is its appeal. You know what you’re going to get, whether you’re in Long Island or Long Beach: a cookie-cutter average experience. That wasn’t likely to improve no matter how many more pennies the corporate overlords could squeeze out of the deal using artificial intelligence software croaking “Server Three is too slow” to a manager. But this is also unlikely to be the last time a franchise owner will look at the ledger, declare the revenue insufficient and try something similar. 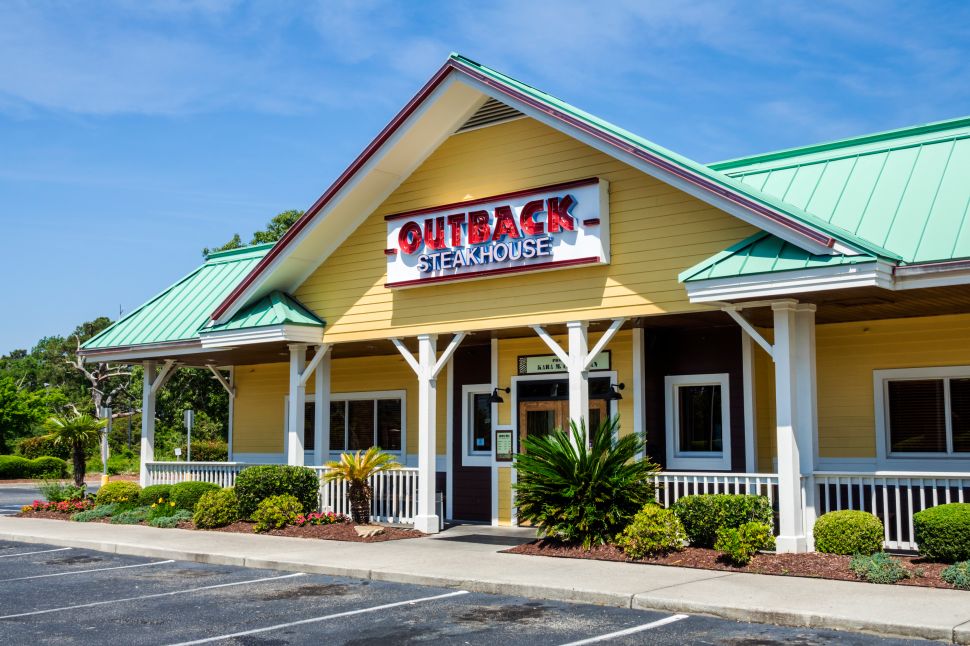