One can forge resumes and credentials, do a quick study of a subject on Google to try to seem like an expert, or head to a car dealership to get an inside look at the latest luxury vehicles. The individual members of the family of grifters at the center of Parasite, a twisty little clockwork thriller from South Korean filmmaker Bong Joon Ho, do all of these things. But their efforts to hide their poverty in an attempt to improve their station are always threatened to be undone by something they can’t fake or run away from: their smell.

Is that radishes? Boiled rags? Is it a result of cheap soap, or living in a dank and crowded basement? Maybe it has something to do with the guy who, night after night, urinates outside their apartment’s tiny window. Whatever it is, there’s no escaping or denying it: The poor will carry this desperate stank upon themselves up until their death and even after it—at least in the olfactory assessment of the very rich.

SEE ALSO: Natalie Portman Still Manages to Mesmerize as an Unhinged Astronaut in ‘Lucy in the Sky’

Director Bong’s latest film—which as a title card before the opening credits conveniently reminds you, won the Palme d’or at this year’s Cannes Film Festival—does not come with the kind of scratch and sniff accessories John Waters handed out at showings of 1981’s Polyester. But not unlike a powerful odor, the film’s anger and incisiveness wafts well beyond the screen, permeating not only the theater, but also the audience’s life well beyond it.

In a masterful bit of cinematic sleight of hand, Bong, the writer and director behind 2013’s Snowpiercer and 2017’s Okja, harnesses the precise anxieties everyone of us is currently sharing—top of that list, the growing income gap and the crumbling planet—and uses them to make every scene in this blackhearted comic thriller crackle with energy and purpose.

Bong imbues B-movie conventions with thought-provoking concepts akin to some of the best work of directors like Billy Wilder, Alfred Hitchcock, Stanley Kubrick and Brian De Palma. Watching it in a crowded movie theater (currently your only option; it broke all sorts of box office records after opening at New York’s IFC Center and LA’s Landmark and ArcLight Hollywood this past weekend) is to share in the seat-gripping thrills of an intricately crafted genre film while bathing in the radiance of a movie that emanates ideas and rage. It’s also a clever story that goes to some surprising and unpredictable places.

The Kim family—brother and sister Ki-woo and Ki-jeung (Choi Woo Shik and Park So Dam) and parents Ki-taek (Song Kang Ho) and Chung-sook (Jang Hye-jin)—are not really criminals, at least in their own eyes. They see siphoning off their neighbor’s Wi-Fi or a gig folding boxes for a local pizza joint for what they are: what the economically forgotten have to do to survive another day.

After Ki-woo stumbles into a job tutoring a rich high school girl, he sizes up the situation—a naive consumerist mom (Cho Yeo Jeong) and an absentee tech boss dad (Lee Sun Kyun)—and realizes it could be an opportunity for his entire family. But it will only happen if he and Ki-jeung can devise a way to get the Park family to fire their existing staff. When the plan works out all too well and Moon-gwang (Lee Jeong Eun), the longtime housekeeper to the modernist home where the rich family lives is let go; unfortunately, the chess move has a devastating impact no one in the Kim family could foresee.

Everything in the film is precisely calibrated, from Song Kang Ho’s incredible slow burn as Ki-taek realizes the utter contempt in which the Parks hold him, to the exacting way Bong controls the levels of tension and humor like an orchestra conductor. The script is a classic example of screenwriting where everything in the story snaps together, most often (but not always) in ways that are surprising rather than obvious.

The film is so meticulous—and has so much to get off its chest about the state of inequality during late stage capitalism—that it eschews ambiguity or any other messy bits that might slow its dramatic and thematic momentum. The relationships, both within the two families and between them, sometimes felt straightforward when they could have been murky and complicated.

Just as he proved with Okja, Bong Joon Ho can be heavy-handed with his messaging. When a massive storm hits during the last half of the movie, it is a slightly inconvenient but ultimately refreshing rainstorm for the rich folks on the hill and a life-altering sewer-topping deluge for the people in the city’s depths.

But just because Bong occasionally wields his cinematic prowess like a blunt force weapon doesn’t mean he can’t also use it as a scalpel, slicing your heart out so deftly that you don’t even realize it’s gone. It is a tremendous joy to see the topics of often-tiresome social media back-and-forths in the service of artistically trenchant mainstream cinema, the kind that connects with critics and general audiences in a way that is singular and memorable.

Should you be concerned that by the time you have the opportunity to see it, Parasite—which is already showing up on pundits’ Oscar shortlists and scaling other heights rarely reached by Asian cinema Stateside—might not live up to hype? Nah. As the film so deftly and unforgettably points out, we have much more pressing problems with which we should be concerning ourselves. 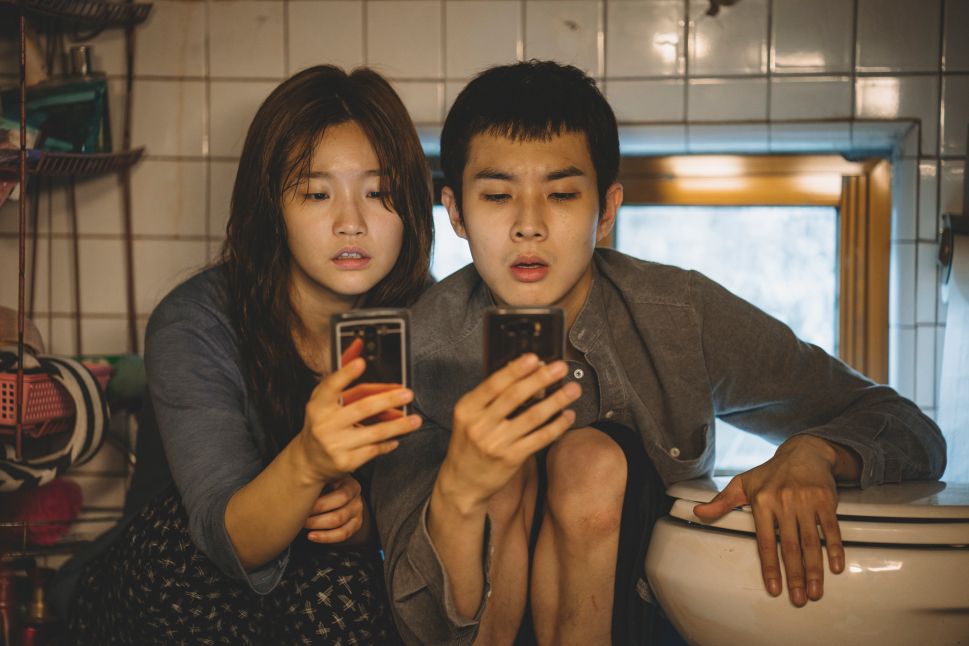