Wesley has reportedly purchased a four-bedroom, two-bathroom log cabin-style home in Topanga, according to Variety. He must have been quite taken with the 2,600-square-foot abode, as he paid $1.93 million for the property—that’s a touch more than the $1.899 million listing price.

The eat-in kitchen is fitted with updated stainless steel appliances, white cabinetry and a wood-topped block island for counter seating, plus a separate breakfast area. It’s open to an airy dining space, as well as the step-down living room, which features beamed wood ceilings with peeler log accents, as well as a stacked stone wall with a fireplace and built-in shelving. Big sliding glass doors open to the large attached deck.

An extra living area with vaulted ceilings is currently in use as a screening room, with a mini refrigerator. There’s a space that could be used as a music or art studio on the lower level, as well as a wine cellar.

The master suite has exposed wood beam vaulted ceilings and access to a private balcony. The fenced-in backyard is comprised of lots of greenery as well as an above-ground pool.

Wesley, who married Ines De Ramon earlier this year, previously resided in a Studio City house that he sold for $2.3 million in 2016, after less than a month on the market.

He’s not the only former Vampire Diaries cast member switching things up in the home sphere—Ian Somerhalder is now looking for a buyer for his Venice residence, which he recently listed for $3.5 million. 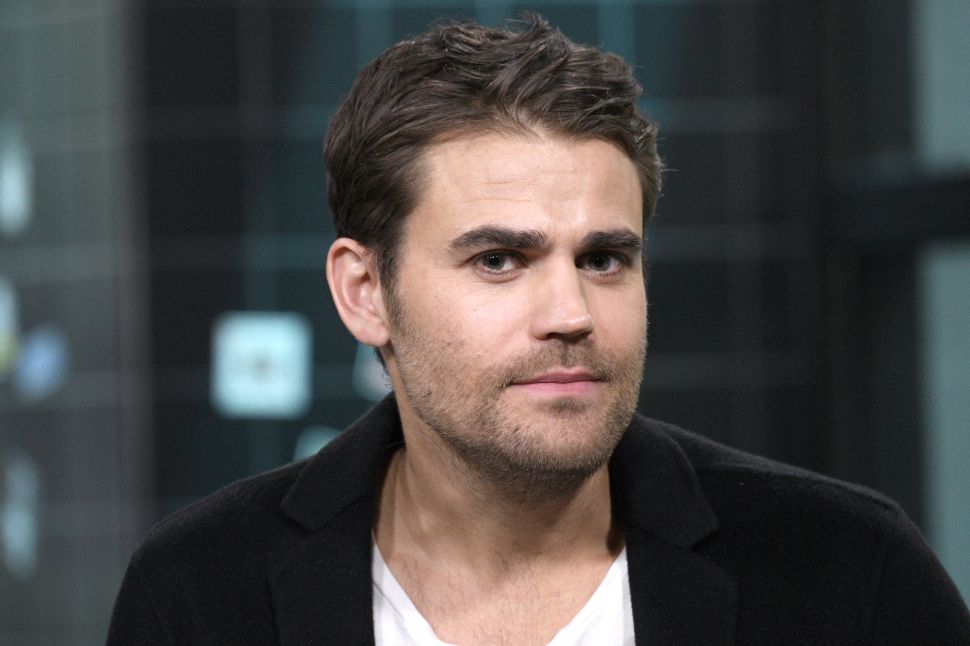