On September 5—just as the nationwide outbreak of lung diseases and deaths connected to vaporizer use was gaining momentum—Janell Thompson, a 42-year-old resident of Carlsbad, California, pleaded guilty in federal court to drug trafficking and money laundering charges.

Thompson started making waves in the cannabis industry in 2014, when her then-company, Hemp Hookahzz, managed to make its way into the swag bags given to attendees of the Academy Awards and the Emmys.

After that marketing coup, Thompson formed another company, where, federal prosecutors allege, Thompson became the mastermind behind the “other” vape cartridge crisis, which saw her company ship poisonous products marketed under brand names, including Black Diamond, Black Magic, and Yolo!, sold in states including Utah, North Carolina and New York.

According to the Associated Press, these products contained potentially deadly “synthetic marijuana“—bizarre and often random chemical concoctions known to cause seizures and other serious problems—believed to have sickened more than 50 people in the Salt Lake City area and another 40 in North Carolina, including high school students and military-service members.

Thompson was one of five defendants who pleaded guilty to their roles in the scheme. She is scheduled to be sentenced in January and faces up to 40 years in federal prison.

There is currently no reason to believe that Hemp Hookahzz products, including the one slipped to actors, directors and other artists at the Emmys and the Oscars, were similarly contaminated. Thompson’s business partner at Mathco Health Corporation and Hemp Hookahzz co-founder, Katarina Maloney, is also not facing charges.

In stark contrast to the ongoing vape crisis, which could be connected to additives like vitamin E acetate in underground THC cartridges or defective vaporizer products, Yolo! products were marketed as legal—and contained ingredients similar in chemical makeup to K2 and Spice, well-known brand names for synthetic cannabis.

And rather than leading to flu-like symptoms over time, users immediately experienced hallucinations, psychotic breaks or fell into comas, according to the AP.

Synthetic cannabis has been connected to numerous serious health outbreaks across the country. One of the most notorious was a series of users rendered “zombies” in Brooklyn.

Though synthetic cannabis is illegal in the United States, products are able to escape bans by constantly changing formulas. And lax enforcement at smoke shops, vape shops and corner bodegas means that retailers are allowed to continue to sell mysterious and untested products to an unwitting or gullible public.

As the AP reported, Thompson relocated from Utah to the San Diego area in 2010. Thompson was into vaping, and in Carlsbad, she found a roommate, Katarina Maloney, who was also into it. The pair formed Hookahzz and, dubbed “the divas of CBD,” the brand became one of the very first companies to market CBD products nationwide for both pets and people.

Something changed a few years later. In mid-to-late 2017, Thompson and Maloney formed another company called Mathco Health Corporation. It wasn’t until the following year that authorities received a tip from a former Mathco employee who said Mathco was behind the Yolo! products that had been appearing, without any ingredient lists or contact information, in stores in Salt Lake City.

Records provided by the company whistleblower revealed that Thompson was the sales contact for Utah stores where Yolo! was sold to the public. And another retailer in North Carolina, who has pleaded guilty to selling bad products to service members and high school kids, also identified Thompson as his supplier.

Maloney told the AP in August that the two were no longer professionally affiliated and that Mathco products are both safe and legal.

But a visit to smoke or novelty shops, as well as corner stores, will reveal plenty of other vape cartridges of dubious provenance. They might not kill you—at least not today—but, as this episode reveals, they could. 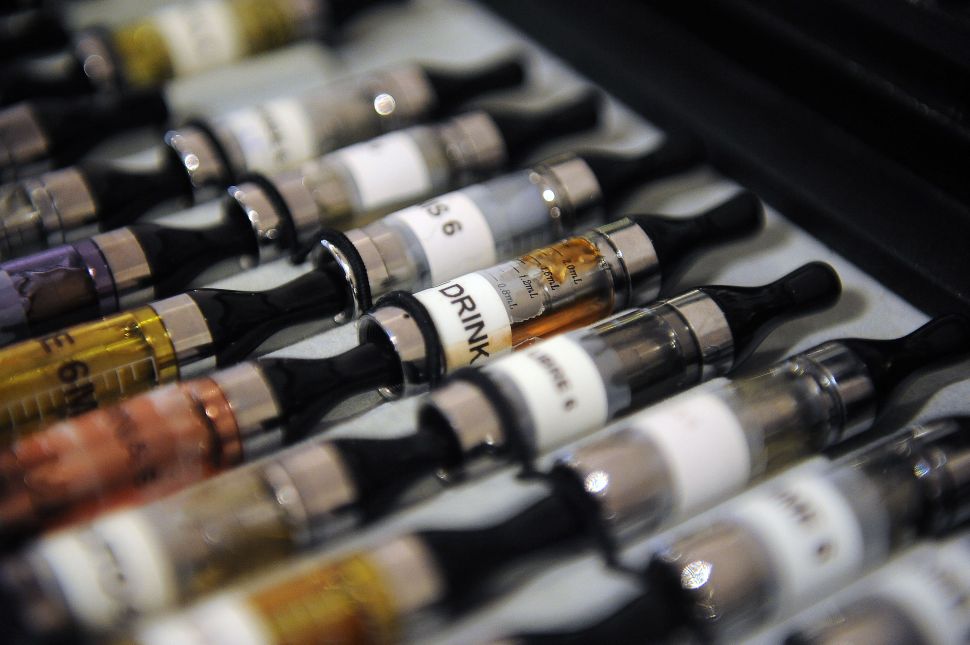