To IPO or not to IPO, that is the question.

During an on-stage interview at TechCrunch Disrupt in San Francisco, Postmates’ chief executive gave insight into the unicorn’s current business model, including a potential public offering.

Speaking during a session on Friday afternoon, Bastian Lehmann noted that despite having filed for an IPO months ago, Postmates is still prioritizing efficient growth these days.

“The reality is that we will IPO when we believe we find the right time for the business and the right time in the markets,” Lehmann said, citing this past year’s “choppy” market for similar platforms, such as Uber and Lyft.

Postmates CEO Bastian Lehmann gets candid about the possibility of being profitable vs. scale at #TCDisrupt pic.twitter.com/3AUZccjvLQ #News via TechCrunch

The CEO also went on to reiterate the importance of Postmates’ progress on autonomous delivery research, such as the development of sidewalk robot Serve.

“Serve does not need to be fully autonomous for us to make sense,” Lehmann explained. “The bots will augment the current fleet, so by the time they do full deliveries we will free up the Postmates to do other things.” The assurance that bots will not “take away” human drivers’ jobs isn’t new, with Lehmann having already “promised” the same thing this past summer, when he said “it will make things possible that weren’t possible before,” including contributing as a neighborhood watch.

During his time on the Disrupt stage, Lehmann also discussed the company’s plans to beta test the toy-inspired Serve in areas such as New York City. The market has an advantage of many buildings being “serviced by doormen,” who could interact with the bot and take the food to the resident.

Finally, when asked to blink twice if Postmates will IPO in 2019, the German native jokingly had a staring contest with the crowd, claiming “the lights are so bright!”

Something tells us Postmates’ latest funding of $225 million will eventually result in an IPO for the fourth-most popular food delivery platform. 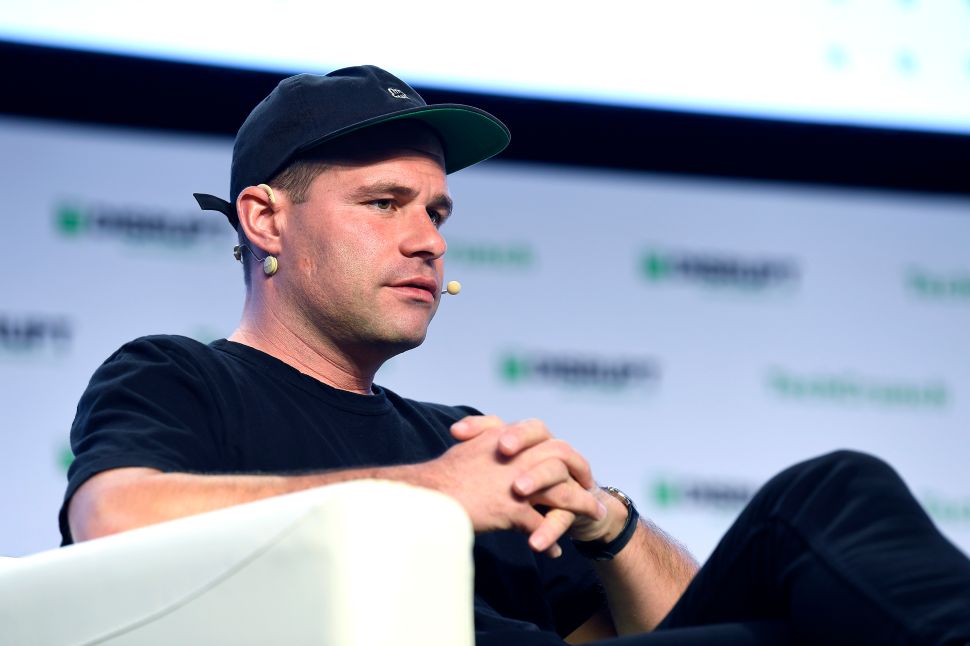