The Duke and Duchess of Sussex are just now ending their Africa royal tour, but they’ve already been dealing with some Frogmore Cottage drama going on back in the United Kingdom. Actually, it’s all settled now, as Prince Harry and Meghan Markle have received a public apology from The Sun pertaining to a previous report about the Sussexes at Frogmore Cottage.

Back in April, The Sun published a story, headlined “NOT IN MEG BACK YARD,” claiming Prince Harry and Meghan banned Windsor Castle staff from using a certain parking lot because it overlooked their new home, Frogmore Cottage, per the Press Gazette. The story alleged that Windsor staff was frustrated by the requested changes, as they had been using that lot for decades and that some members of the household would have to start paying for parking.

The story did include a “senior source” in the Royal Household that asserted the change was not directly from the Duke and Duchess of Sussex, and instead was from the Superintendent of Windsor Castle.

Prince Harry and Meghan filed a complaint with the Independent Press Standards Organization, and said the article was inaccurate for a number of reasons, including that the parking lot is not entirely closed and they personally had not implemented the parking ban (that was, indeed, the superintendent). They said the headline was not supported by the actual article, and that their representatives denied the allegations to the paper prior to publication, but The Sun still ran the story.

The IPSO sided with the Sussexes, per the Press Gazette, and found the paper “in breach of Clause 1 (accuracy) of the Editors’ Code of Practice.” The Sun took down the story and published an apology.

This isn’t the first time Prince Harry and Meghan have dealt with issues pertaining to their fellow Windsor residents; there were previously rumors that an overeager staffer handed out a list of rules to neighbors on how they should interact with the Sussexes.

Indeed, Prince Harry and Meghan are taking an increasingly strong stance against the British press when it comes to harassment and invasion of privacy. The Duke of Sussex released a statement yesterday explaining he is now taking legal action against Associated Newspapers (the publisher of Daily Mail and Mail on Sunday) for “misuse of private information, infringement of copyright and breach of the Data Protection Act 2018,” referring to the outlet publishing (and apparently editing) a private letter Meghan wrote to her father earlier this year. Prince Harry elaborated on the tabloid’s “ruthless campaign” against Meghan “over the past year, throughout her pregnancy and while raising our newborn son,” and pointed out similarities between the press’ treatment of Meghan and his late mother, Princess Diana. Prince Harry concluded by thanking the public for their support. 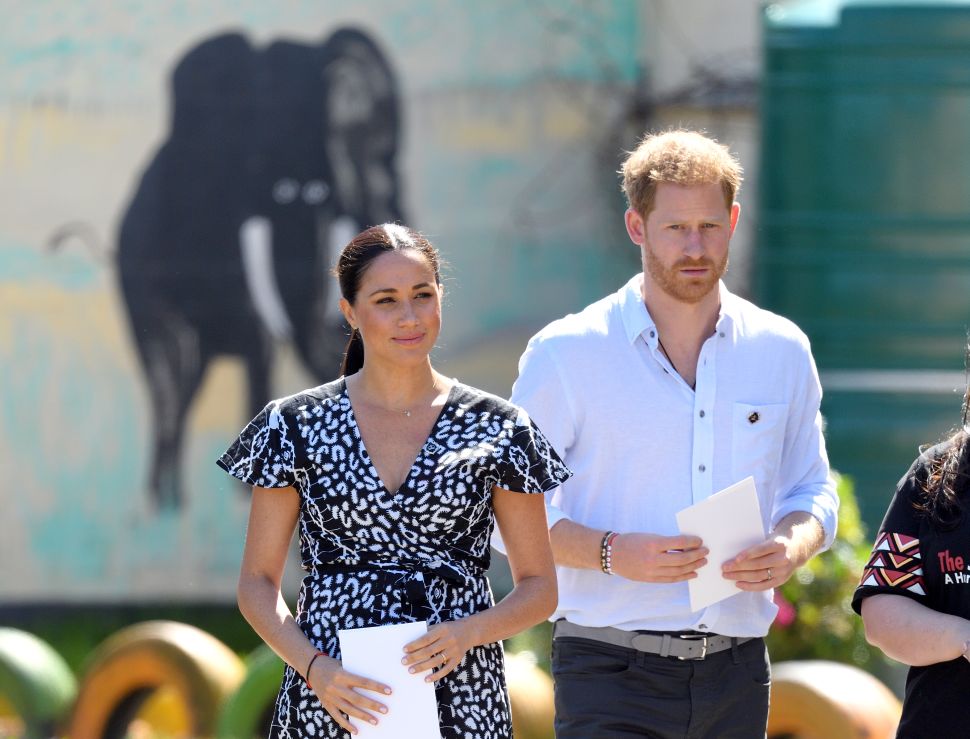