The Duke and Duchess of Cambridge are finishing up their five-day royal tour of Pakistan today, and heading home to London to reunite with their three children. Prince William and Kate Middleton have brought Prince George and Princess Charlotte on official overseas visits in the past, but with the sensitive security concerns and the complexity of the Pakistan tour, they understandably opted to leave their kids at home. Plus, their two oldest children are now both enrolled at Thomas’s Battersea, and even royalty can’t miss unlimited school days.

Prince George, Princess Charlotte and Prince Louis don’t have free reign over their sprawling Kensington Palace apartment, of course, as Prince William and Kate made sure the little Cambridges were carefully looked after. There’s their beloved live-in nanny, Maria Teresa Turrion Borrallo, whom the Cambridges hired shortly after Prince George was born. Borrallo is often seen helping out with the kids, and she reportedly lives full-time at Kensington Palace, according to People.

She’s a Norland Nanny, as she trained at the prestigious 125-year-old Norland College, where students are taught typical caretaker skills as well as more unique points like how to avoid paparazzi, self-defense, kidnapping protocol and other abilities that those watching after children of the very rich, famous and royal might need to know.

But Prince William and Kate also apparently brought in family to help out, as the Duchess’ parents, Michael and Carole Middleton, have reportedly been watching their grandchildren for the past several days, per People. It’s not clear if that means the Middletons temporarily moved into the Cambridge family’s Kensington Palace residence for the duration of the royal tour, but that would make the most sense, as the Middletons’ main home is Bucklebury Manor, an 18-acre estate in Berkshire that’s over an hour away.

But Prince William and Kate will be back with their children tonight, and they come bearing gifts—the Cambridges were presented with cricket bats for all three of their kids, though Prince Louis might need to wait a bit until he can try his out. 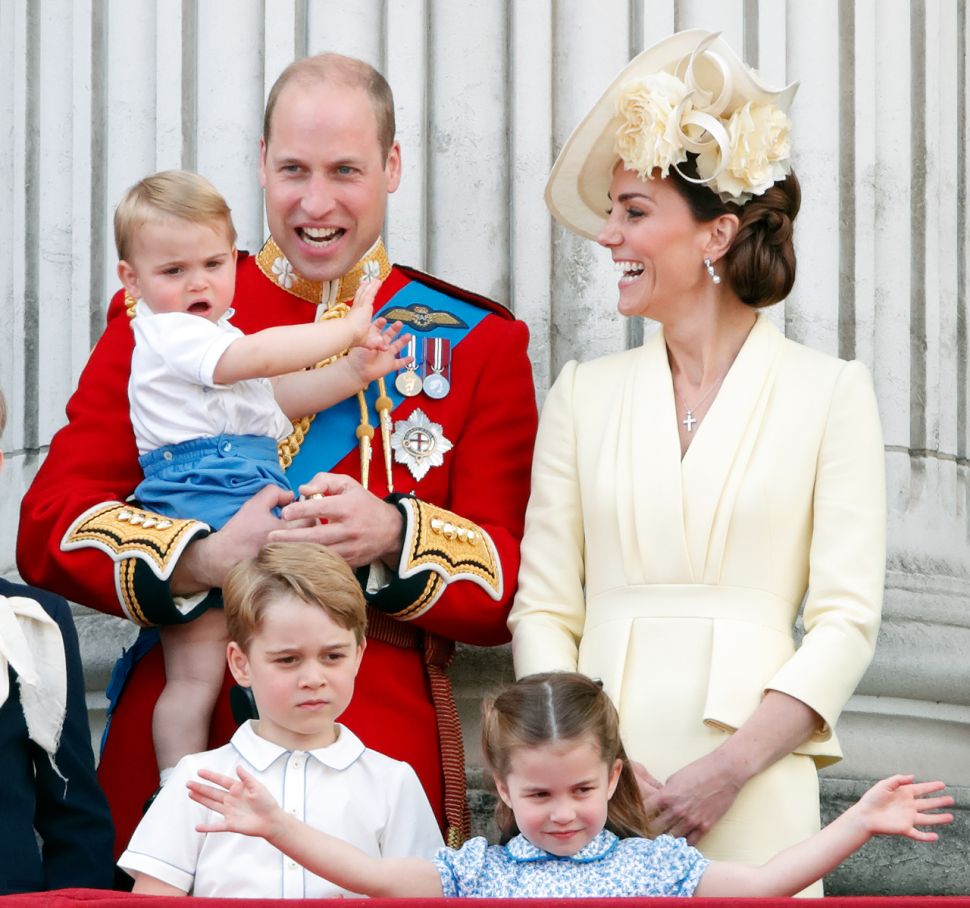