The Duke and Duchess of Cambridge are now on their last full day of the Pakistan royal tour, as they head home to London tomorrow. For day four, Prince William and Kate Middleton managed to fit in multiple engagements all around Lahore—many of which continued to follow in Princess Diana’s footsteps.

Prince William and Kate flew to Lahore early in the day, and their first stop was a visit to the SOS Children’s Village, which provides a home for 150 young orphans. The Cambridges took part in a story telling session, and Duchess Kate gave her first speech of the tour—she even said a few words in Urdu. The Duke and Duchess of Cambridge also surprised three of the children at the Village by joining their birthday celebrations, complete with music and traditional cake.

The pair then went to the Badshahi Mosque, where the Duchess wore a traditional green shalwar kameez and a coordinating headscarf. The Cambridges toured the mosque and courtyard, and listened to a discussion with religious leaders. The Badshahi Mosque is the very same place that Princess Diana visited during her official tour of Pakistan in 1991, and Queen Elizabeth also toured the mosque back in 1961.

Prince William and Kate got in some active time, too, as they went to the National Cricket Academy and partook in a match with a group of children. They were also given cricket bats as gifts for their kids back home, though an official told the couple that Prince Louis’ bat “is bigger than he is.”

The Cambridges also went to the Shaukat Khanum Memorial Cancer Hospital and Research Centre, which was founded by Princess Diana’s friend, former professional cricketer and current Pakistani Prime Minister, Imran Khan in 1994. Princess Diana’s 1996 visit to Pakistan was largely to visit the children in the cancer wards and help raise funds; she also went to the hospital on a private trip to the country in 1997. Prince William and Kate went to a “toys’ tea party” for one of the patients, Wafia Rehmani, in the hospital, per royal reporter Emily Andrews, and the Duchess of Cambridge was given a matching toy tiara to wear with the patient.

Prince William and Kate are flying back to Kensington Palace in London tomorrow, but they’ll still have engagements prior to their departure—the whole itinerary has been closely guarded due to security reasons, so we’ll find out right before the Cambridges get started on the day. 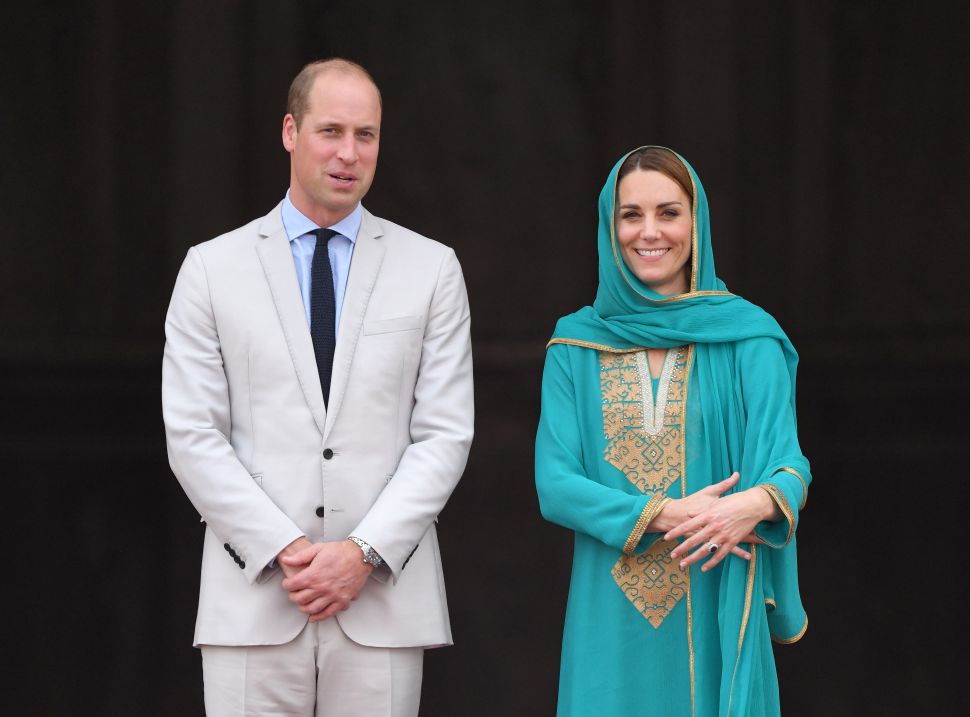