At major arts organizations all over the world, a huge ripple effect is being absorbed and dealt with in a number of different ways. The ripple in question is an increasingly common awareness of the fact that some of the major industries their funders are involved with have not exactly done great things for the environment or for those who can’t count themselves among the one percent, which has led to the escalating sense that things have to change—and change fast. The uproar that led to the resignation of Whitney board member Warren B. Kanders is a perfect example.

What this movement means for the arts in general is rather complicated. On Wednesday, BBC News reported that the Royal Shakespeare Company would end its partnership with the “supermajor” oil and gas company BP after students threatened to boycott, marking a victory for climate activists and also indicating that going forward, arts funding is going to be increasingly heavily scrutinized.

This thesis is supported by the fact that this week, the New York Times published a rundown of the professions of 536 board members of America’s 10 most-attended museums. The article indicates that the top three sources of income found amongst these museum’s board members are finance, real estate and energy/oil and gas, with finance coming out well in the lead. “Forty percent of the more than 500 people who sit on the boards of America’s most popular art museums either work in the finance industry or derive their wealth from it,” the Times piece states.

For those even semi-familiar with how the art world operates in the 21st century, the fact that museum boards are stuffed with people in the finance industry isn’t necessarily a shock. However, what’s increasingly inarguable is that the sustainability of the art world itself is intrinsically intertwined with the fates of industries that more and more people are condemning as morally inexcusable.

In other words, if the banks are toppled and million-dollar properties are redistributed and behemoth oil companies are blacklisted, this also means that museums will have to fundamentally reevaluate their sources of funding. This is an admirable goal in the long run, but the art world in general simply doesn’t yet have a universal alternative to welcoming these types of financial backers.

Therefore, the tension between the organizational necessity of ample fiduciary support and backlash from the public is likely to continue to play out over and over again until someone comes up with a solution. As of right now, there isn’t a straightforward one. 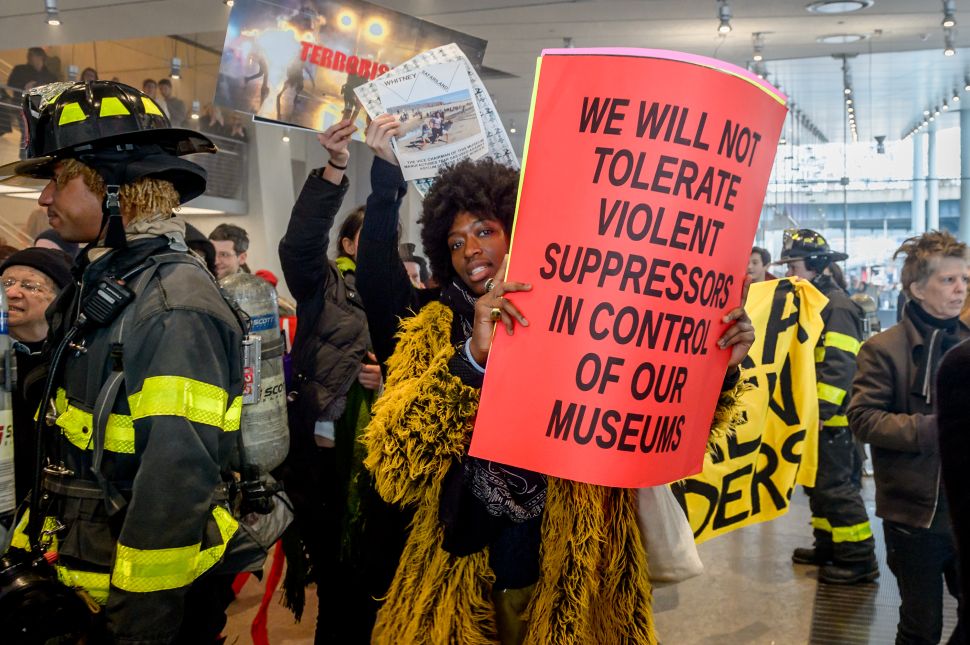