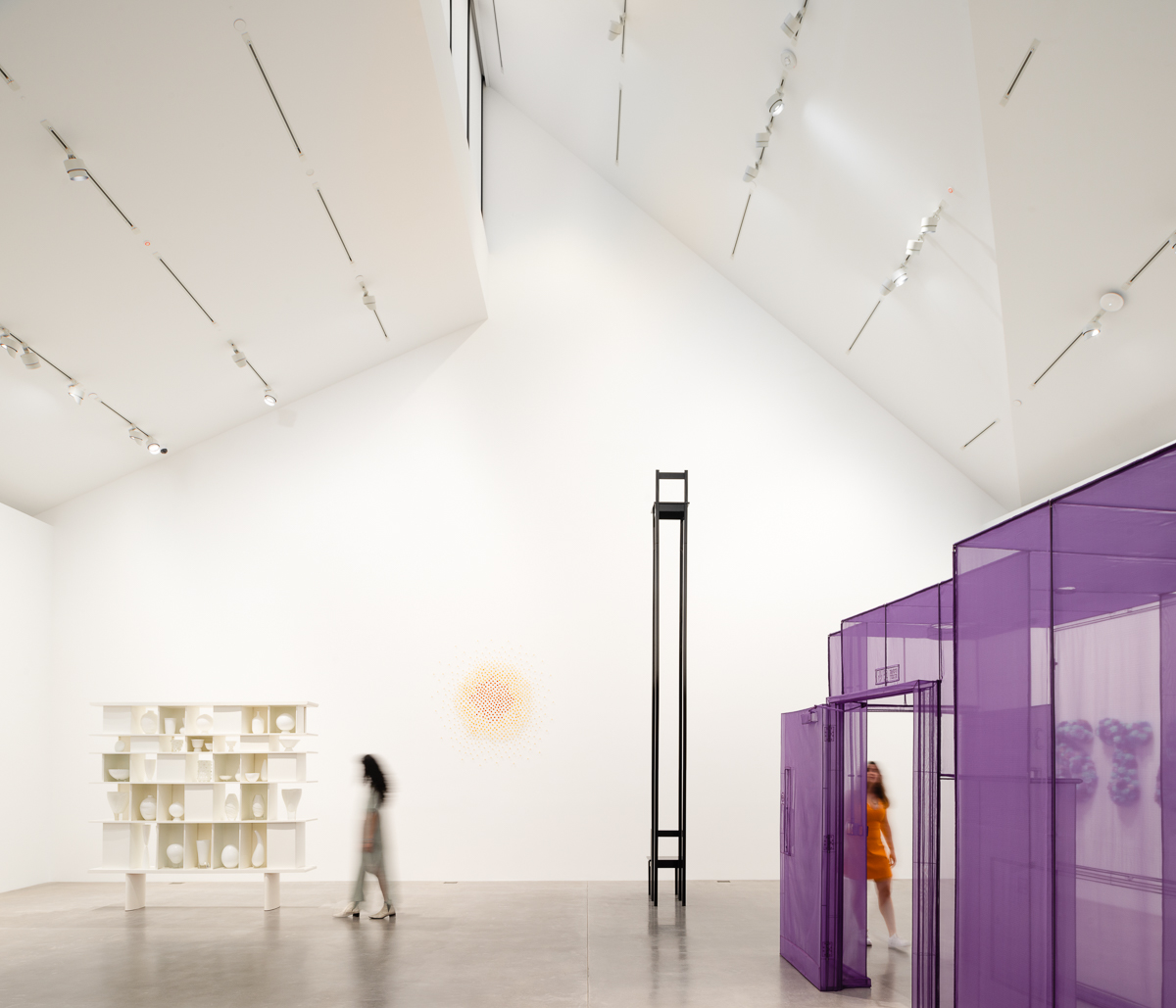 Works from ‘Waking Dream’ on display in Ruby City. Courtesy of Ruby City

With established museums everywhere seemingly all in a race towards expansion and innovation, one does wonder if a certain amount of intimacy is at risk of being lost to institutional largesse. This weekend’s celebration of the opening of the Ruby City museum in San Antonio, Texas, showed that there are museums—new ones, even—that aren’t following the pack.

Ruby City was the brainchild of Linda Pace, a diligent philanthropist and art collector before her death in 2007: Pace created the first preliminary sketch of the museum after seeing it in a dream. Her vision was eventually designed and executed by none other than David Adjaye, one of the most prominent working architects in the world.

“This is really a kind of left field operation, because more and more private collectors want to be in a kind of ‘happening’ area and it’s kind of like trying to be a mini-institution,” Adjaye said in an interview with Observer on Saturday. “There’s something about what [Ruby City] does, which is to be absolutely off-grid. You have to find it, it’s not part of the tourist network and it’s really about Linda’s love of this location. She was wealthy enough to have lived anywhere she wanted to; she wanted this location.”

Last Friday, reporters were given an exclusive tour of Ruby City that immediately made the museum’s merits evident. Despite the structure’s towering outward appearance, which is defined by Adjaye’s choice to build with specially-made, vivid red concrete, the interior galleries manage to be both soaring and compact, which is a pleasant on-foot experience for the seasoned museum-goer. And the selections from Pace’s collection, which will now be on view to the public from Thursdays through Sundays with no admission charged, are wonderfully enigmatic. 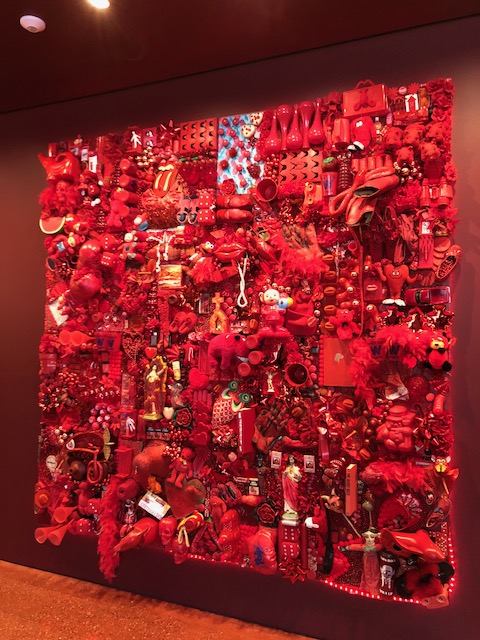 Work by Linda Pace herself on display in the lobby. Helen Holmes

One of Ruby City’s three inaugural exhibitions is called “Waking Dream,” and the works involved all play with the intersection between quotidian everyday life and something more explicitly spiritual. Pieces by San Antonio locals Ana Fernandez, Cruz Ortiz and Chuck Ramirez are on display alongside works like Untitled (Eight Shelves), 1995-1996, by Rachel Whiteread and Chair for Man and His Spirit, 1993, by Marina Abramović, which features a regular-looking chair paired with a towering counterpart. “Waking Dream,” “Isaac Julien: Playtime” and “Jewels in the Concrete were all curated by Kathryn Kanjo, who’s the David C. Copley Director and CEO of the Museum of Contemporary Art San Diego and who was also one of the late Pace’s core champions.

In a panel discussion hosted by Kanjo, Adjaye also made sure to emphasize that Ruby City presents a lot of opportunities to “re-see” the surrounding landscape and experience the circuitous route that the interior of the museum offers. These themes of aesthetic rebirth and continuity were also particularly in the air for Ruby City this weekend because of the death of Rick R. Moore, who was the President of the Linda Pace Foundation until he succumbed to cancer earlier this month. The sheer fact of Ruby City’s existence seems to speak to the power of a genuinely supportive community—even in death, Linda Pace and Rick Moore’s dreams for the future have survived. 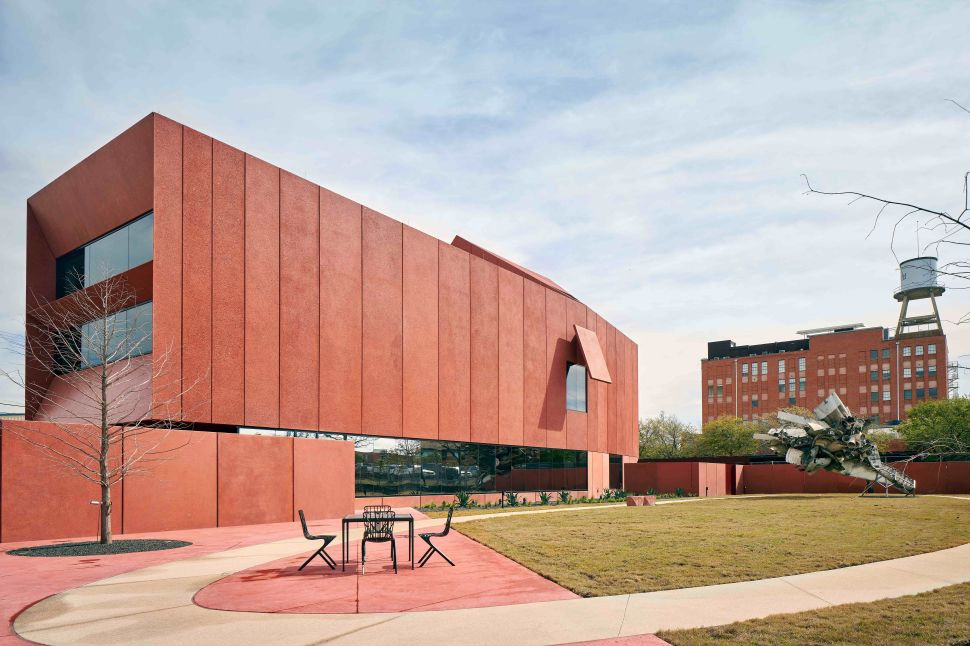