The deal with UFOs are that they’re “unidentified flying objects”—you know, as in objects that fly but can’t be identified. One possible explanation: These aerial mysteries, which are the subject of an infinite amount of conspiracy theories, are actually “top secret” U.S. Air Force test planes. You know, top secret, as in the kind the military doesn’t want you to know about, at least not until a few bugs are worked out.

Thus has been the case with the X-37B unpiloted spaceplane—which is no longer top secret—after spending 780 continuous days in orbit (that’s almost two years in layman’s terms). Just this week, the X-37B autonomously landed itself at NASA’s Kennedy Space Center in Florida, the same spot where it originally took off from.

I do believe the X-37B’s orbiting proclivities have broken some sort of record.

Sounds a little vague, but the mission also provided a ride for small satellites, similar to Elon Musk’s vision for his own SpaceX Starlink satellite rideshare.

This was the fifth such flight for the X-37B. The first launch was back in the old-timey days of 2010, and the spacecraft was only designed to fly for 270 days.

According to Boeing’s site, the X-37B’s orbit marks the first use in space of:

Not to mention, the X-37B is autonomous, meaning it doesn’t need those pesky astronauts onboard—thus saving lots of money on its spacesuit budget.

In a statement, Brig. Gen. Doug Schiess, 45th Space Wing commander, said: “Today marks an incredibly exciting day for the 45th Space Wing. Our team has been preparing for this event, and I am extremely proud to see their hard work and dedication culminate in today’s safe and successful landing of the X-37B.”

Still, there are going to be haters out there.

Jonathan McDowell, an astronomer at the Harvard-Smithsonian Center for Astrophysics, tweeted concerns that “top secret (even TS/SCI) does not trump international law and treaty.”

The statement that this @usairforce X-37 flight deployed small satellites is alarming, since the US has not reported those deployments in its UN Registration Convention submissions. This would be the first time that either the USA or Russia has blatantly flouted the Convention. https://t.co/mpLWuvsECV

His issue is that over 90 percent of satellites are registered, and these satellite deployments with the X-37B were not reported—meaning this could be the first time that “either the USA or Russia has blatantly flouted the Convention.”

And to think, I was once impressed by the thought of autonomous Uber rides… 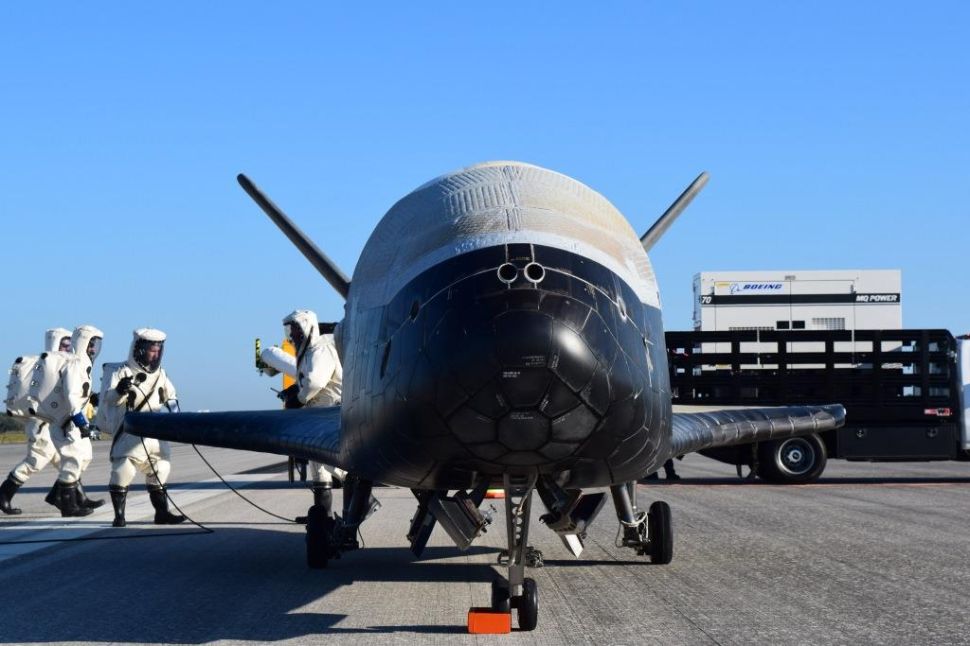