“The future of transportation will see electrification, ridesharing and autonomy all intertwined,” said Gene Berdichevsky, the CEO and co-founder of Sila Nanotechnologies, a battery materials company that has developed a silicon-based chemistry that increases battery storage by 20-40%.

“Our goal is to bring higher battery performance, faster charging and longer range—especially important for electric vehicles,” Berdichevsky recently told Observer. “And we have the potential to reach 40% improvements in the next few years.”

Needless to say, that’s damn good news for the future of electric cars.

Founded in 2011, Sila Nano has partnered with such Tier 1 automakers, such as BMW and Daimler. In addition, Berdichevsky’s company has also partnered with Amperex Technology Limited (ATL), the leading producer of lithium-ion batteries for consumer devices.

“One of Sila Nano’s goals is to create a future where anything can be electrified,” Berdichevsky said, sharing the sentiments of an 1800s Thomas Edison during the War of the Currents. “We want to reduce the world’s reliance on fossil fuels and to lower the impact on the earth’s resources, which is why we’ve chosen to use materials that are more in abundance like silicon.”

Yes, everything is falling into place in the world of electric vehicles (EVs)—and the future is looking electrified.

Just last month, Elon Musk announced a potential million-mile battery, trumpeting that it would only lose less than 10% of its energy capacity during its lifetime—kind of a game-changer for not only the world of EVs but also the world… in general.

Berdichevsky shares the vision of Musk’s battery-charged future. And there’s good reason; he cut his chops as employee No. 7 at Tesla.

Back in the 2000s, it was a much simpler time: “We were essentially pioneering a product for the future, and in the beginning, there were a lot of challenges in developing the battery for the Roadster,” Berdichevsky said. “We started by super gluing computer batteries together to make a battery pack for the car in JB Straubel’s garage. There were a lot of elements to think about—from safety to process to efficiency. One of the biggest technical challenges was to make sure that the cells were safe; we had to develop a system to ensure that random failures of a battery would not propagate into any neighboring cells or battery pack.”

It took more than a few iterations, but the early Tesla team finally got the battery pack to where it needed to be and launched the Roadster.

“Tesla has long had one distinction over other carmakers: its deep dependence on battery performance is a core pillar to the company’s success,” Berdichevsky stated. And because of this, “the company has elevated both the technology and technology leaders who have an understanding of battery chemistry in the organization.”

Berdichevsky feels there is a key to Musk’s EV company success that other automakers are beginning to follow: “Tesla has also embraced, by necessity more so than by design, the need for EVs to be built on dedicated EV platforms, and we’re starting to see the rest of the industry moving towards that as well.”

Tesla was also the first auto company to understand and cradle the fact that batteries are critical to a car’s success, outlining where the future is heading.

“Battery chemistry will determine the best cars of the 21st century,” Berdichevsky summarized. “Since then, we’ve seen other premier automakers, like BMW and Daimler, prioritize the need for battery experts to be in the room in company planning sessions.”

An important lesson Berdichevsky learned working alongside Musk while developing the Tesla Roadster battery spills over into his work and development at Sila Nano and should be noted by other forward-thinking companies.

“In order to do new-to-the-world things, you have to be extremely self-reliant and build a culture of self-reliance,” he said. “When you’re working on an idea that is just beyond the edge of what people believe is solvable, the world isn’t going to be very helpful, but along the way, you’ll attract incredible talent who want to work on things that no one else in the world has done before.”

With Sila Nano, Berdichevsky realized from day one that the people he hired would define the company he built.

“Your team will define the culture, the environment and the values of the organization,” he said. “It’s important to be extremely diligent in setting a high bar for excellence, understanding what motivates your team, and making sure their personal values align with the vision you have for the company.”

And that vision has paid off. After 35,000 iterations, Berdichevsky’s team has developed a silicon-based composite that replaces the graphite altogether in anodes. Their material stores dramatically more lithium-ion in the same anode volume.

Have I lost you?

In simpler terms, more energy is packed into a same-sized battery, delivering up to 20% improvement over the best traditional lithium-ion batteries in the world.

“Battery chemistry will be foundational to the car of the 21st century,” Berdichevsky stated. “Better battery chemistry equates to better performance: range, acceleration, cost, charge time—all of the features that consumers care about come down to chemistry.”

Thus to be competitive in the ever-evolving EV market, “automakers need to invest in better battery technology and purpose-designed vehicle architectures to improve vehicle performance and introduce more affordable electric options for the public,” he added.

To put it into perspective, right now, the cost of a car battery is approximately one-third of the total price of an EV. Yikes.

“Innovations in battery technology are going to fundamentally change the cost structure,” said Berdichevsky. “Better battery chemistry reduces the number of cells needed to power the same vehicle, which reduces the cost of the battery.”

Another long-term key that will drive down prices over old-timey, smog-inducing combustion engines: “Electric vehicles are powered by technology, and continued innovation of the technology will make electrification much cheaper and cheaper in the future, while gas cars are powered by a natural resource whose cost will only rise and rise.”

So, if the current costly battery issue is solved, what is the last hurdle that’s holding us back from becoming a society run entirely on electric vehicles?

“Purpose-built vehicle architectures are also important by designing a car to be a long-range EV from day one,” said Berdichevsky. “A tremendous amount of advantages can be designed into the powertrain and chassis, making the vehicle more efficient in terms of miles of range per kWh (kilowatt hour) of energy.”

Simple math: EVs on the road today built on “purpose-designed architectures” are up to 30% more efficient than ones that are not.

“As a result, they can use a smaller battery for the same range, lowering costs for the consumer,” Berdichevsky explained. “Since the battery is such a costly portion, anything to reduce its size is very valuable.”

Berdichevsky feels that without cost as an inhibitory factor “people will realize that electric cars are just better overall; they’re certainly a lot more fun to drive and allow us to skip the unsatisfying experience of the gas station.”

Still, there are a few old-fashioned automakers dragging their feet on embracing electrification—largely because many production assets that are useful for an internal combustion engine are not useful for electrification of a vehicle.

“Automakers should be investing in these new electric manufacturing assets and vehicle architectures now, instead of holding onto aging technology,” said Berdichevsky. “As an automaker, if you invest billions into ICE (internal combustion engine) cars without putting capital towards electrification, you’ll start to find a lot of stranded assets with no cars coming down the line.”

Sila Nano has been running a pilot production line for more than two years. It’s a slow roll-out; their battery technology is being used first in cell phones and other consumer products.

“Anyone working with major automakers knows that we can’t jump from zero to cars, so going through the consumer segment first makes complete sense for us,” Berdichevsky said. “There are five years of intense validation for a battery before the design goes into any major vehicle platforms.”

“The reality is that our material isn’t going to be in cars tomorrow,” he added, “but we’re continuing to do testing with our partners and are confident we’ll get there in the next few years.”

Berdichevsky fully expects that Sila Nano’s materials will be in cars in the mid-2020s courtesy of the company’s partnerships with BMW and Daimler. By then, Berdichevsky feels confident that their battery chemistry will enable automakers to mass-market electric vehicles.

“I foresee a massive growth in the global manufacturing of lithium-ion type cells,” said Berdichevsky. “We’re already starting to see investments in the infrastructure for lithium-ion factories growing exponentially; there’s an estimated 68 battery “megafactories” in the pipeline, up from just three in 2015, and I expect that we’ll continue to see those investments increase.”

Still, as this growth occurs, the supply and demand of lithium-ion cells will need to be ironed out for a smooth electric vehicle transition: “We’re going to see shortages and overages in production during this time, and manufacturers will need to make smart adjustments accordingly. This will likely lead to temporary price spikes.”

“I also believe we’ll see a consolidation of battery technology types that are not compatible with traditional lithium-ion manufacturing, followed by a shifting of investment dollars to all the technologies that can make traditional lithium-ion even better, such as advanced materials, battery sensors, management software and ever-increasing applications for lower cost, large-scale energy storage,” he continued.

In addition, Berdichevsky sees a larger electrical picture on the non-greenhouse-gas emitting horizon with our transportation future and how we get from one place to another. “Both ridesharing and autonomy will drive a massive acceleration in the electrification of the global car fleet in the coming decades,” he said.

HIs reasoning? While EVs have a higher upfront cost, they have dramatically lower operating expenses compared to combustion cars. Meanwhile, rideshare drivers, who drive five times more than the average commuter, have more operational expenses (gas, maintenance… not to mention, the cost of bottled ).

“As EVs become more broadly available and the upfront costs start to come down, we will see rideshare drivers move to broader EV adoption,” Berdichevsky theorized. “And as autonomy comes online in the next five to 10 years, we’ll see a majority of miles shift to on-demand autonomous rideshare vehicles, which will need to be electrified in order to optimize for cost.”

“This convergence of technologies is often overlooked: the ever-expanding rideshare market, coupled with autonomous driving technology, will dramatically accelerate EV adoption in the coming years,” he added.

Berdichevsky also envisions an EV future that parallels his first project while at Stanford, where he built a solar-powered car that raced from Chicago to Los Angeles.

“All EVs will one day be entirely solar and wind powered via the grid,” he said. “I believe that investments in lithium-ion batteries—and therefore investments in fleet electrification—is the best and most viable solution to advancing past the internal combustion engines.”

Good news for the consumer. And, by reducing greenhouse gas emissions, even greater news for the environment. Because there is a much bigger picture for Berdichevsky with the mass production of EVs. “Ultimately, a more sustainable product will produce a lesser carbon footprint and a high cycle life, meaning longer-lasting batteries that translate to less waste.” 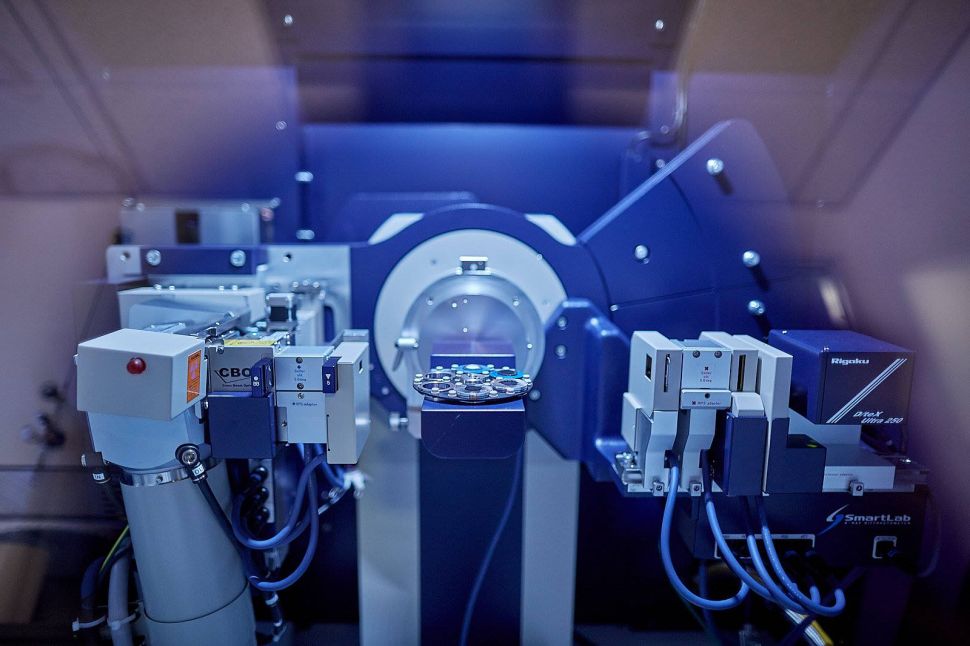