On Monday, Sotheby’s auction house announced that in the wake of the arrival of new owner Patrick Drahi, former CEO Tad Smith has been removed from his post and will be replaced by Charles F. Stewart, former CFO and co-president of the cable television provider Altice USA. Altice is one of several telecommunications companies Drahi either owns outright or has major stakes in. Smith has been at the helm of Sotheby’s since 2015, and in the interim years oversaw a turbulent period for the auction house that included significant fluctuations in sales returns. Going forward, Smith will serve as a senior advisor to Stewart in addition to becoming a shareholder of the company.

“Charlie is a talented executive who brings years of international experience to Sotheby’s,” Drahi said in a statement. “I have known him for many years and have been impressed by his appetite for innovation, taking smart risks, and challenging the status quo. He has a proven record of driving growth and is ideally positioned to create value for Sotheby’s clients and our outstanding team. I also want to thank Tad Smith for his leadership over the past four and a half years. Sotheby’s reached a new level of success during his tenure and I am delighted we will continue to benefit from his experience in an advisory capacity.”

Before being tapped by Sotheby’s, Stewart put in 19 years as a Morgan Stanley investment banker, then becoming the CEO of Itau BBA International, a financial services company. He’s been CFO at Altice since 2016. “I am thrilled to be joining such a successful and storied organization,” Stewart said in a statement. “Sotheby’s is renowned throughout the world for deep expertise, trusted relationships, and a long history of innovation. I look forward to adding my expertise to the talented global team and building on the success that has been established over nearly three centuries.”

Sotheby’s $3.7 billion sale to Drahi was only finalized in September after a summer of pushback from a handful of shareholders, but the abrupt appointment of a new CEO certainly indicates that the new boss means serious business. Sotheby’s, Christie’s and Phillips are now all privately owned, meaning that each auction institution is now in an arms race to prove it’s the most profitable and relevant despite challenging market circumstances. How Stewart will elect to shake things up remains to be seen. 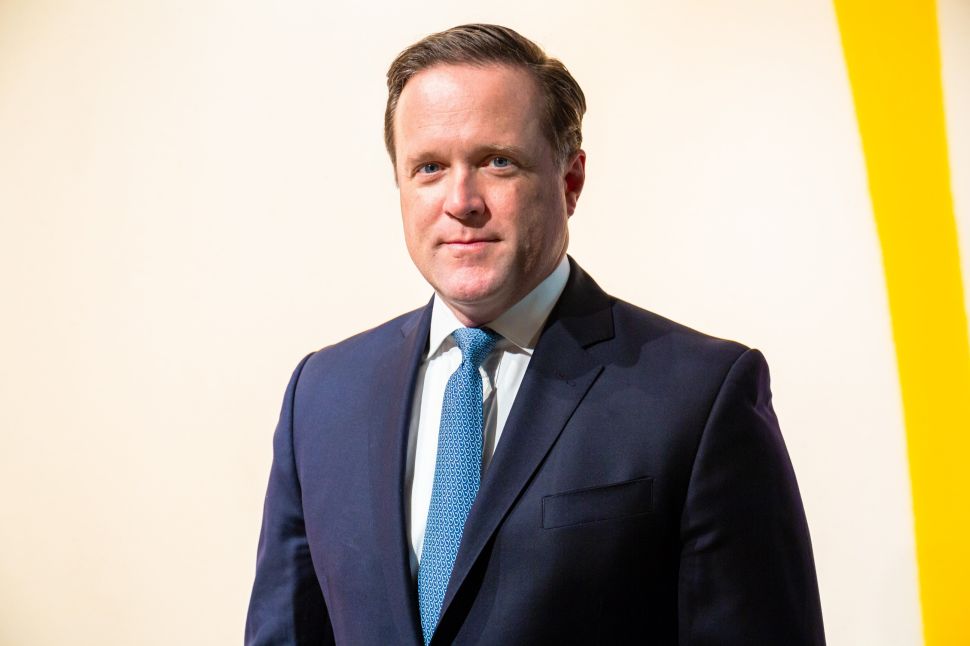