While people on Earth may be marching into a meatless future, astronauts exploring outer space still have to eat real animal protein, per NASA’s nutrition recommendations.

Perhaps that’s why scientists are looking for ways to “grow” real meat in space—by mimicking the natural process of muscle tissue regeneration inside an animal’s body.

SEE ALSO: Inflatable Habitat May House Next Astronauts to Walk on the Moon

Last month, a collaboration among four companies from Israel, Russia and the U.S. produced the first ever “space beef steak” inside the International Space Station. Using bovine cells harvested on Earth, scientists grew them into small-scale muscle tissue using a 3D bioprinter under controlled micro-gravity conditions.

Aleph Farms, founded in 2017, is one of those climate change-fighting startups spearheading the trendy business of fake meat. But unlike the plant-based formulas pioneered by companies like Beyond Meat and Impossible Foods, Aleph Farms specializes in “cell-grown” meat, which not only tastes like meat, but is also chemically identical to real flesh.

“In space, we don’t have 10,000 or 15,000 liters of available to produce one kilogram of beef,” Aleph Farms CEO Didier Toubia said in a press release on Monday. “This joint experiment marks a significant first step toward achieving our vision to ensure food security for generations to come, while preserving our natural resources.”

On Earth, Aleph Farms is a leading the way for cell-grown meat as well. Last December, it successfully produced a “strip steak” in a lab in just two weeks. The company said it was in talks with several restaurant chains about introducing its products to regular consumers as soon as 2021.

“We are proving that cultivated meat can be produced anytime, anywhere, in any condition,” Toubia told The Guardian on Monday. “We can potentially provide a powerful solution to produce the food closer to the population needing it, at the exact and right time it is needed.” 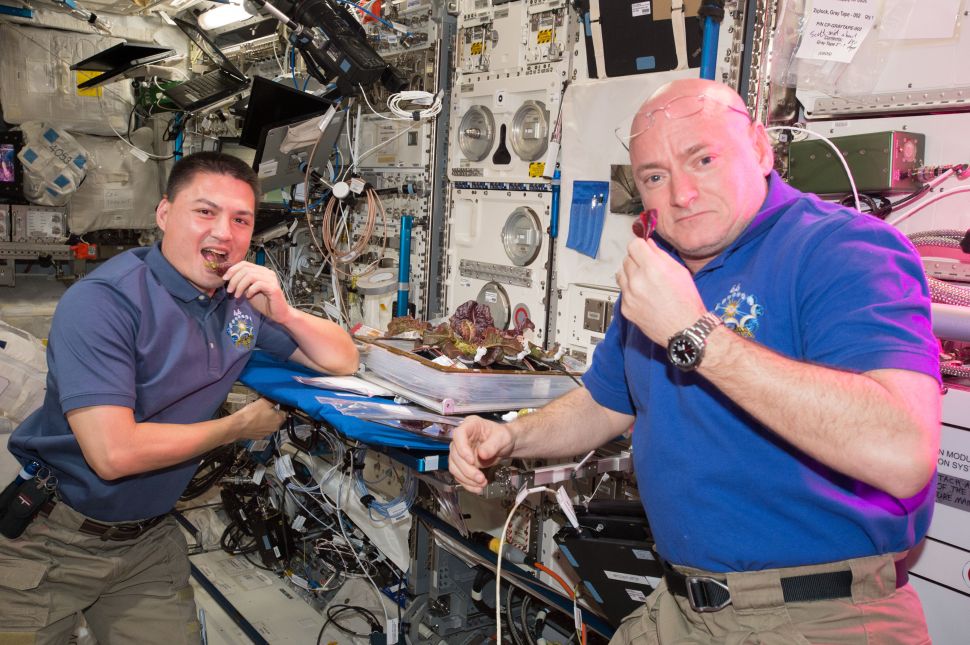