In the grand scheme of the 21st century space race aiming for the moon and Mars and beyond, there lies a slightly more “down-to-Earth” sub-game where Elon Musk, Jeff Bezos and their smaller rivals fight for space in low-Earth orbit (LEO) to build a satellite-based internet infrastructure that’s supposed to solve the problem of uneven internet access on the ground all in one shot.

Among the handful of players in this novel field, Musk’s SpaceX has the most aggressive plan. The project, known as Starlink, which initially planned to build a constellation of 12,000 satellites in LEO, was recently expanded to 42,000 satellites—which would be equivalent to five times the number of all the Earth-orbiting objects humans have ever launched into space.

SEE ALSO: Here’s What Traffic Jams From Satellite Fleets Will Mean for Earth

Last week, the International Telecommunication Union (ITU) confirmed to Space.com that it had received filings from the U.S. Federal Communications Commission (FCC) on behalf of SpaceX to request spectrum arrangement for 30,000 Starlink satellites on top of the 12,000 satellites for which SpaceX had already filed with the agency.

ITU, an organization under the United Nations, is responsible for coordinating the use of radio spectrums at which satellites transmit signals from one another on an international level in order to prevent signal interference.

While it’s common for telecom companies to file with the ITU years before they produce and launch satellites, SpaceX’s bulk submission still seems unusually early. Despite having planned tens of thousands of satellites, the rocket company has only sent 60 into orbit, so far, during a launch in May. It plans to launch hundreds more in the year to come. But reaching the scale needed for the broadband network to function could take years.

Critics of SpaceX have questioned its motives behind bombarding the ITU with such a large volume of filings. Tim Farrar, a telecom industry analyst, panned SpaceX’s filing of 30,000 additional satellites as a PR stunt and alleged that its real purpose was to “drown the ITU in studies” so the company can proceed with Starlink under FCC’s spectrum sharing rules with or without the ITU’s approval.

In response, SpaceX said the expansion was to ensure that its future service would satisfy the huge consumer demand out there. “As demand escalates for fast, reliable internet around the world, especially for those where connectivity is non-existent, too expensive or unreliable, SpaceX is taking steps to responsibly scale Starlink’s total network capacity and data density to meet the growth in users’ anticipated needs,” a SpaceX spokesperson said in a statement to Observer.

Once these ITU filings begin, SpaceX has a seven-year deadline to launch at least one satellite at the requested spectrum and operate it for 90 days in space before it obtains rights to that spectrum.

SpaceX’s rival satellite broadband provider, U.K.-based OneWeb, obtained a set of such spectrum rights from the ITU in August after successfully operating six satellites for 90 days. While these rights are not exclusive to any one company, once certain spectrums are in use, latecomers must design their systems to avoid interference with existing operators.

Update: This article has been updated with the statement by SpaceX spokesperson. 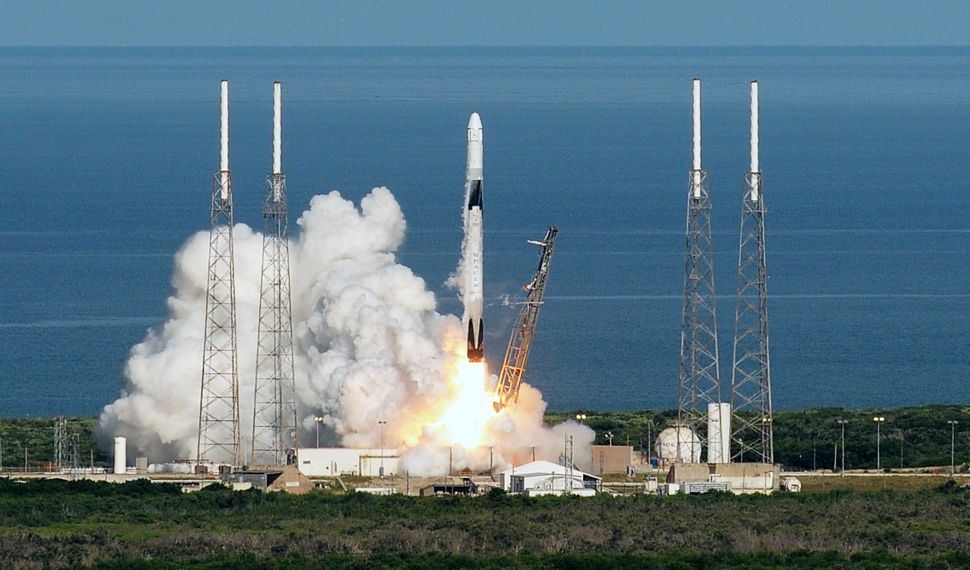