A “Starbucks Pickup” is arriving in New York City this fall, just in time for pumpkin spice season.

The global coffee chain recently announced the construction of the in-app ordering-focused store, which will allow customers to simply walk in and grab their already paid-for caffeinated beverages. According to Starbucks, “This is unlike any Starbucks you’ve seen before—a space devoted entirely to mobile orders, with no obstacles standing between you and your coffee.”

No obstacles, indeed. In a statement to Observer, the company said, “We are excited to bring a new Starbucks experience to our New York City customers this October, with the opening of our first Starbucks Pickup Store located in Penn Plaza.”

As CNN Business noted, the Manhattan concept is being modeled after the company’s popular “Starbucks Now” cafes in China, which opened earlier this year in Beijing and Shanghai.

“Starbucks Pickup is optimized for convenience: Starbucks Mobile Order & Pay will be the primary ordering and payment method, balancing efficiency with the quality our customers have come to expect from Starbucks,” the company’s statement continued.

The upcoming Pickup debut will also mark a further push into the growing “mobile order” frontier for Starbucks, which has seen its popular rewards program and mobile app continuously grow in recent years (Starbucks app users increased by 14% last quarter).

The Seattle-based company is also investing in a wider digital infrastructure to license out to the rest of the restaurant industry. Earlier this year, Starbucks invested $30 million in dining software startup Brightloom, which is headed by Starbucks’ former chief digital officer Adam Brotman. The partnership will help Starbucks build out a proprietary platform that third-party restaurants can use.

As for the new Pickup opening, it also reflects the modern coffee consumer’s habits, according to Starbucks. This largely includes the aforementioned app orders that have become favored among on-the-go customers over those famously long lines. Pickup will also act as what the company calls a “third place” coffeeshop format.

“As customer behaviors evolve, we are reimagining the role of the ‘third place’ (the place between home and work where it’s possible to connect over a cup of coffee) with a focus on convenience, comfort and connection,” according to the company. “The opening of Starbucks Pickup is one example of this effort, focusing on convenience.” 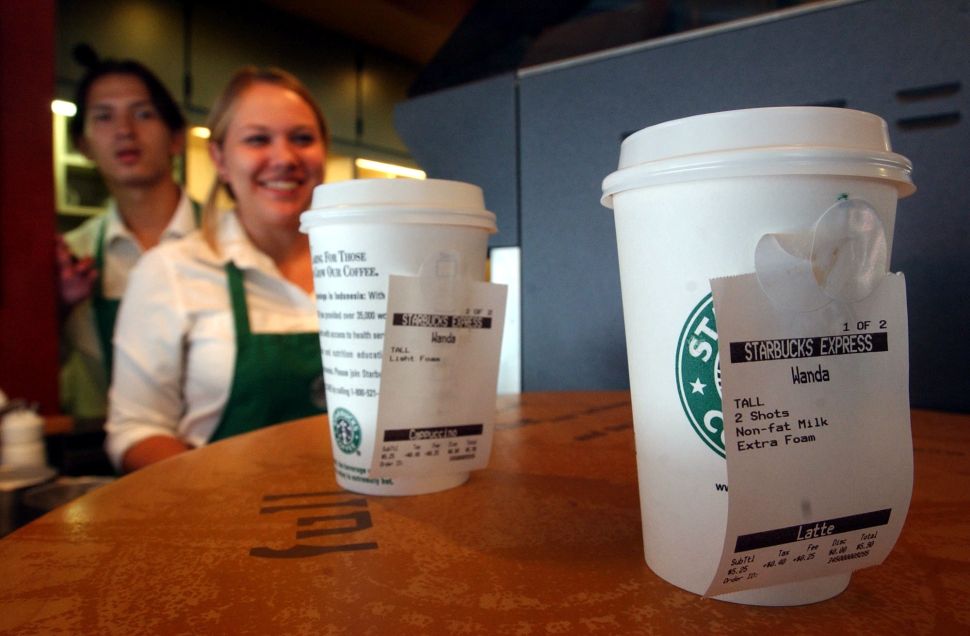