Hey, Succession, you’re absolutely bonkers. Not since the latest season of Love Island have I so thoroughly enjoyed watching a group of objectively awful people engage in objectively awful behavior. Sunday night’s phenomenal Season 2 finale combined the explosiveness of a train wreck with the laughable discomfort of an obnoxious customer reprimanding fast food staff for forgetting his pickles. It was all a glorious mess to behold.

Among the show’s professional heathens and sinners, Brian Cox’s patriarchal sledgehammer Logan Roy stands unchallenged as the most traumatic and abusive of the bunch. Trust me, if you though your Dad was a pain, you ain’t seen nothing yet. But Cox doesn’t view Logan’s manipulative and Darwinian parenting methods as the cruel psychological mind games that they are.

“I don’t think he’s toying, he’s giving them lessons in a hard life,” the actor told Deadline. “These are entitled children who’ve had everything done for them, and they need to be schooled on the harsh realities of business, which is Waystar Royco. He’s testing his children if they have the mettle in them, and for a lot of episodes, the mettle is not clear. Logan does love his children, but at the same time, it’s all about their worth in terms of the company. It’s about the nature of succession.”

Cox isn’t wrong—the Roy progeny (Connor, Kendall, Shiv and Roman) are an innately insulated breed thanks to their father’s global standing. But as Kendall’s love interest Naomi Pierce astutely surmises, “He loves the broken you.” Ouch.

Creator Jesse Armstrong has not yet gathered his writers room for Season 3, but Cox says generally that “It’s all up for grabs.” Truer words have not been spoken following the detonation in Sunday’s episode.

One one level, the finale—which saw Kendall make a last minute 180 to publicly and truthfully lay the blame for the cruise scandal at his father’s feet—was immensely satisfying. Fans possessed a rooting interest in this evisceration after Kendall spent the entire season as his father’s emotionally broken punching bag. But on a thematic level, this choice echoes throughout the two seasons of storytelling that preceded it. Succession has always orbited around Kendall and Logan’s gravitational dynamic; now its central-force has gone super nova.

Season 2 began with Kendall forced into damage control at a public press conference after Logan ended his coup with a hug that cemented his blackmail in the Season 1 finale. Kendall now escapes from under his thumb with a Judas kiss leading into a very different kind of press conference. The would-be heir-apparent regains control of his own life (and exhibiting a shred of humanity in the process) in a poetic bookend. The mirror images underscore the development of his character and the progression of the show’s rapid fire plotting.

Oh, Succession, you glorious, magnificent, debaucherous bastard. We can’t wait for you to return. 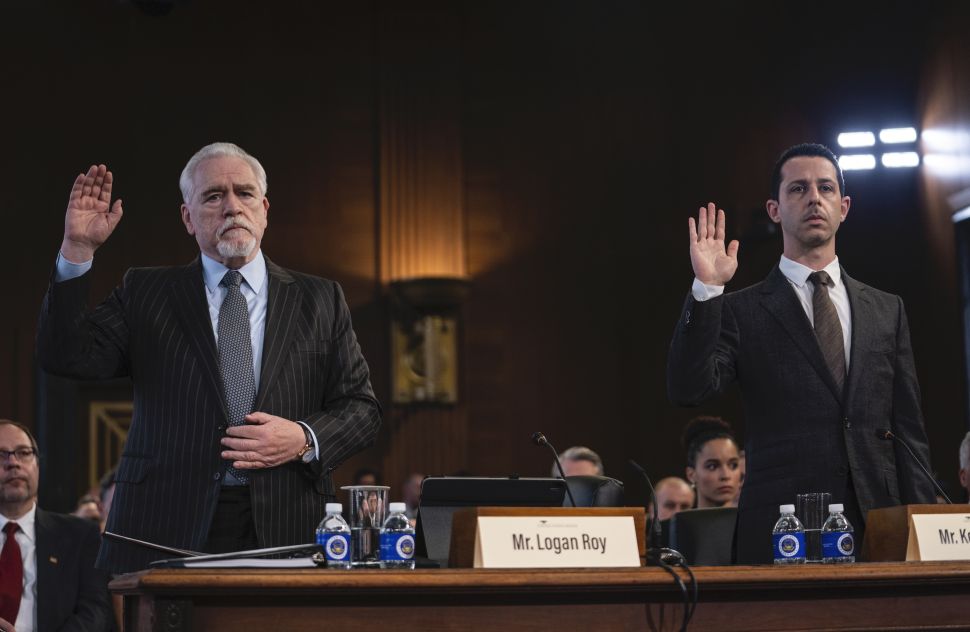