The early believers in Tesla have found a new bet in the crowded micro-mobility space.

On Tuesday, electric bike-sharing startup Wheels, founded by the brothers behind popular dog-walking app Wag, announced a $50 million funding round led by DBL Partners, one of the early venture capital firms that invested in Tesla.

Last June, Wag co-founders Josh Viner and Jon Viner left their executive roles at the dog walking app, then valued at $350 million, to run a private investment fund targeting consumer startups. Seeing the opportunity in the budding micro-mobility space, the pair quickly directed most of their funds to starting Wheels. In January, Wheels received its first outside check, a $37 million round from Tenaya Capital, Bullpen Capital, Crosscut Ventures, 3L Capital and AngelList founder Naval Ravikant.

“Like Wag, Wheels is an app-based platform where customers are looking for something safe and reliable to solve a problem that affects their daily lives,” Wheels CEO Josh Viner told Observer.

The last-mile transportation sector has no shortage of venture capital these days, and competition is fierce from such unicorn players as Lime, Bird and Uber’s JUMP. But Wheels intends to differentiate itself in this market by focusing on safety and sustainability, the two primary fronts most scooter- and bike-sharing services have struggled with.

“The micro-mobility market has the ability to continue to revolutionize the future electrification of transport, but problems of safety and sustainability are keeping the industry from reaching its true potential,” Ira Ehrenpreis, founder and managing partner of DBL Partners, said in an announcement on Tuesday. (Ehrenpreis is a board member of Tesla.)

Compared to regular bikes, Wheels bikes feature larger wheels, a lower center of gravity and a patent-pending smart helmet system that’s directly integrated into the bike. These “critical and unique safety features,” Josh Viner said, have helped Wheels gain a greater appeal than standup scooters among safety-minded consumers, especially women and people over the age of 35.

To facilitate future mass production and improve unit economics, Wheels bikes are made with modular design (meaning that parts can be easily replaced) and use swappable batteries, which have also been adopted by the next-generation JUMP bikes.

“Our dedication to safety and sustainability has been core to our mission from the start, and now it’s proving to be a major competitive differentiator within the market,” Josh Viner said in Tuesday’s announcement. Aside from himself and Jon Viner, Wheels is headed by a team consisting of former executives from Lyft, Uber and Bird. 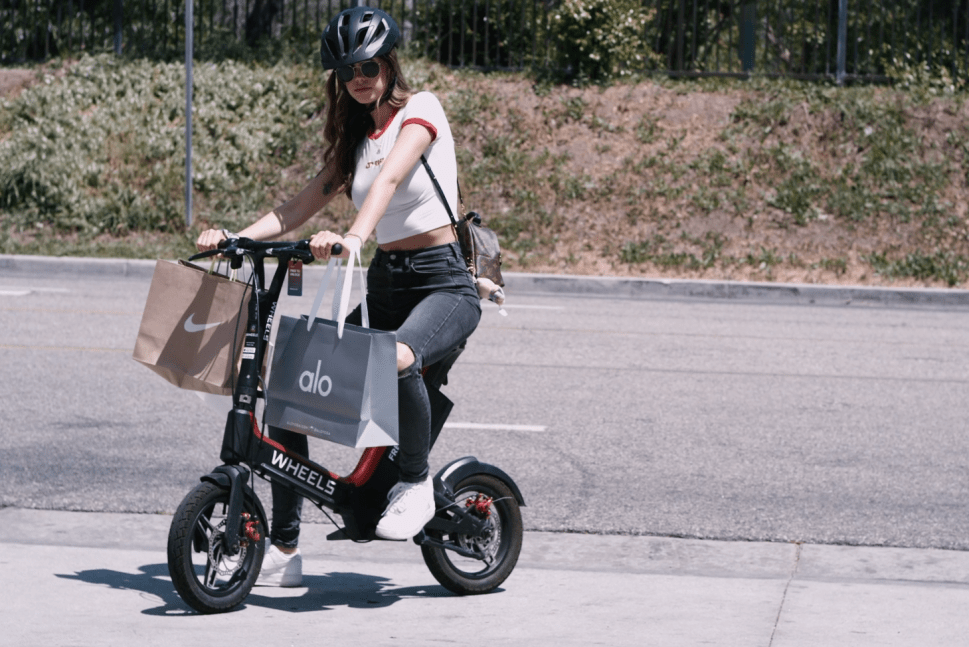