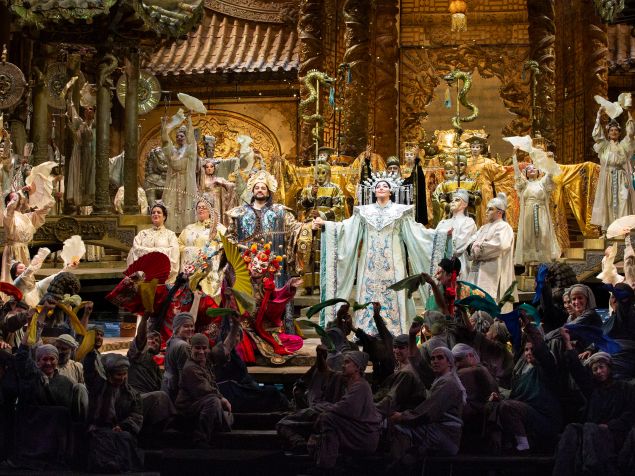 The return to the Metropolitan Opera of the late Franco Zeffirelli’s glitzy production of Turandot is hardly an event—it’s racked up triple digits of performances since its brash debut a generation ago—but Sunday afternoon’s revival at the very least suggests the stodgy company is adapting to the 21st century.

Since the 1990s, the number of people willing to commit to spending 3 1/2 to 4 hours at the opera on a midweek nights has been dwindling for a variety of reasons, the most obvious perhaps being the difficulty of lumbering through the next workday on only five hours of sleep. So the Met’s plan, several seasons in the crafting, of shifting performances to a 3:00 p.m. slot on Sunday afternoon sounded at the very least promising.

SEE ALSO: Melodrama Envelops ‘Manon’ and ‘Macbeth’ at the Met—Onstage and Off

On the basis of yesterday’s Turandot, I would declare the experiment a success: not only was the theater quite full, the audience looked and sounded alert and, eventually, quite pleased. At the final curtain calls—traditionally a time when Met patrons rush the aisles and throw major elbows in the race to taxis and the downtown 1 train—the audience lingered to applaud and shout “bravo.”

Even after the hullaballoo, there was still light in the Lincoln Center Plaza, and the crowds exiting the Met were strolling, not bolting. The experience of going to the opera in New York for once felt leisurely, even luxurious, instead of the grim duty it so often seems.

And this good feeling prevailed despite what was frankly an only OK performance, ennobled mainly by the carefully wrought, unorthodox conducting of the Met’s music director Yannick Nézet-Séguin. His reading sidestepped the surface clamor of Puccini’s orchestration to emphasize dissonant inner voices. The score took on a disquieting, shadowy texture underlined by the conductor’s choice of hypnotically slow tempos.

The protagonists of the opera were oddly matched. As the chilly princess Turandot, soprano Christine Goerke threw up a massive wall of sound, blunt in detail and sometimes flat in the higher register. In contrast, tenor Yusif Eyvazov sang sensitively and musically as Calàf, but his voice seemed to lack resonance, receding behind Nézet-Séguin’s orchestra.

As happens so often in this opera, the heroic leads were eclipsed by the lyric soprano role of the slave Liù, here sung with delicate legato by Eleonora Burratto.

Speaking of eclipses, the lighting design, or what remains of it, by Gil Wechsler, has dated even worse than the chinoiserie sets and costumes it’s supposed to illuminate. The flat, undifferentiated blue-gray gloom of the night scenes in the first and third act lacks mystery; more to the point, you can’t see anyone’s faces. (In the daytime scenes, Zeffirelli’s runaway scenic design, which renders legendary China as a tourist-trap Sichuan restaurant, loses the performers in a deluge of golden glitter.)

And in a broader sense, the Met needs to throw some more light on this problematic opera’s perplexing attitudes toward race and sex. It’s more than time to create a new production of Turandot that treats the piece seriously as theater and not just as the high-culture equivalent of a popcorn movie.

With the launch of this Sunday matinee series, the Met has shown it can attract an audience. Now it’s time to give that audience some serious art to chew on, not just appetizers like this Turandot. 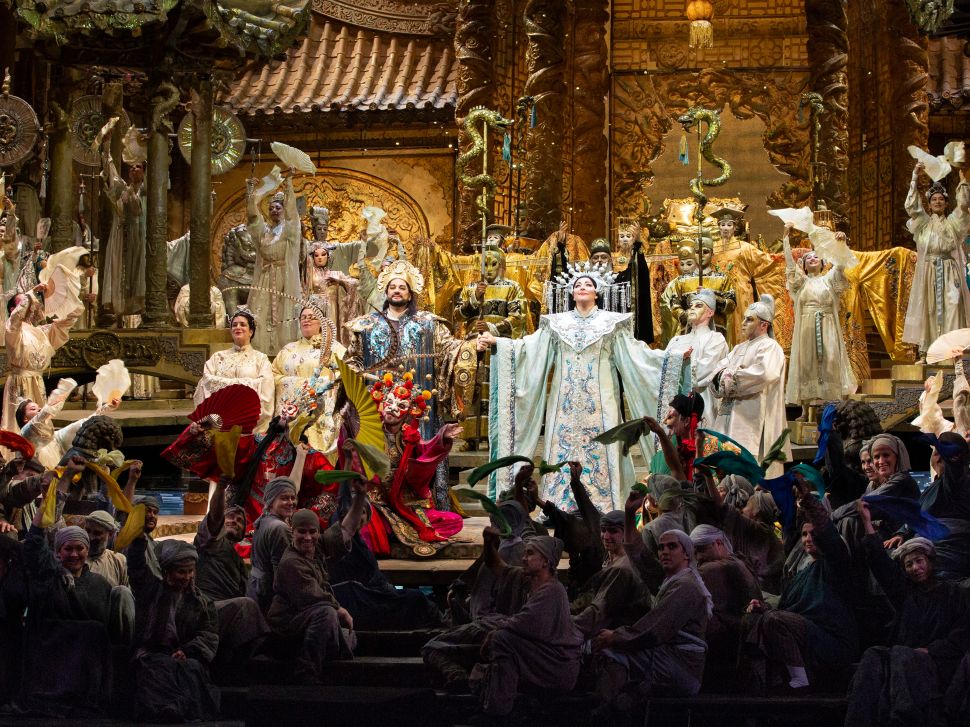