Uber Eats loves its celebrities. Today, the food delivery platform launched its latest collaboration, this time with celebrity chef Rachael Ray, in the form of a virtual restaurant pop-up.

The fast-casual menu items, based on the chef’s new cookbook Rachael Ray 50: Memories and Meals from a Sweet and Savory Life, will be available via the Uber Eats app for a limited time. Dubbed “Rachael Ray To Go,” it’s running only through December in 13 cities across the U.S. and Canada via a partnership with Reef Kitchens, a “delivery-only kitchen” with multiple national locations.

SEE ALSO: Ready to Have Your Dinner Delivered by Drones? Think Again.

As Ray told Bloomberg ahead of the launch, Uber Eats’ approach to delivery-only restaurants provides chefs with their very own “place” via a low entry point. Not only do entrepreneurial food influencers get to bring their dishes to the masses to promote their latest eponymous ventures, they can do it without the overhead of a physical location opening.

“A sardine sandwich, a four-day porchetta, I could never teach that on my show, or in my magazine,” Ray said. “A virtual restaurant gives me a more specific relationship to people in my audience. It’s me, joining people for dinner.”

Branded virtual restaurants have been a major part of Uber Eats’ growth strategy as it’s competed for market share against the likes of Seamless and DoorDash in recent years.

As previously mentioned, this isn’t the Uber-owned service’s first association with a well-known chef. In January 2018, Uber Eats acquired David Chang’s Manhattan-based virtual kitchen, Ando, only to fold it into its interface and shut its operation down.

The company declined to comment on the current state of its investment in Ando’s technology.

While the two stem from different concepts, they fall under the growing trend of Silicon Valley’s delivery-only restaurants. So the Ray collaboration comes as no surprise, given Uber Eats has helped pioneer the virtual restaurant concept, luring customers who want alternatives to run-of-the-mill takeout. In Ray’s case, her curated virtual menu includes on-brand twists on basics, like a Mediterranean-esque Tahini Caesar Salad with Za’atar Croutons for $7.95.

Ray’s “To Go” is reportedly not the last “virtual pop-up” from Uber Eats, according to head of Uber Eats Janelle Sallenave. “We’re not waiting; we’re having conversations with different chefs and authors and restaurateurs,” she told Bloomberg.

No word yet on which famous chef Uber Eats will score next. 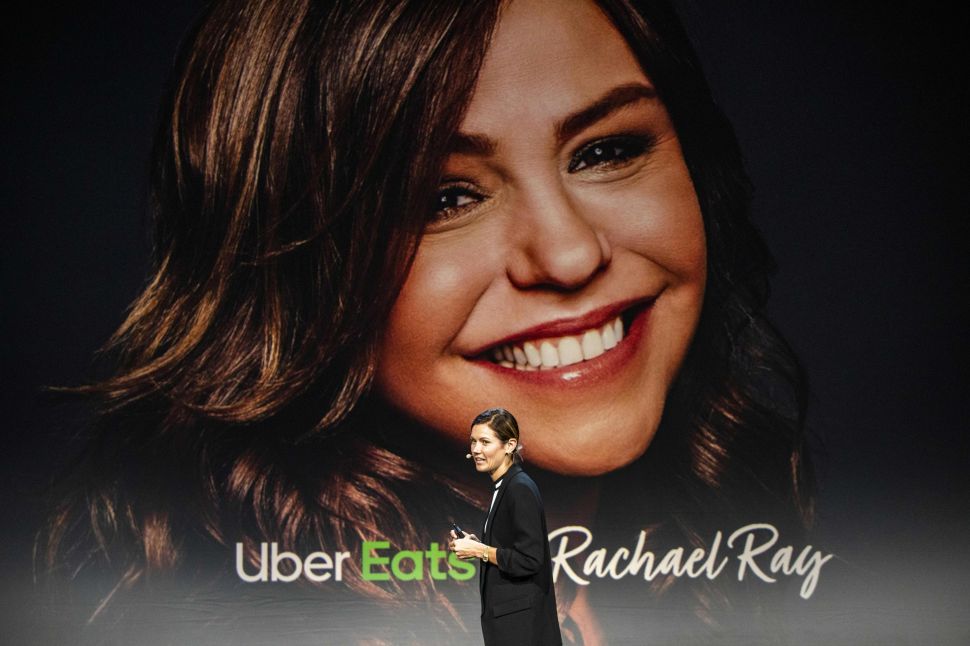