In recent months, employees at arts institutions all across the country have been taking steps towards advocating for pay parity, increased wages and overhauled worker protections, especially if the jobs in question present the risk of physical injury. Earlier in October, professional art movers and storage workers at UOVO, a New York-based luxury art storage space provider, announced that they were organizing a union with Teamsters Local 814. In the following weeks, UOVO management has both declined to recognize the union and allegedly engaged in aggressive tactics against its workers, prompting New York State Senator Julia Salazar to send a letter to UOVO chairman Steve Guttman on October 15 asking that the company “immediately cease and desist your campaign of intimidation and misinformation against your employees.”

“A company like UOVO, that counts on doing business with city-funded, pro-union institutions like the Met, and that has asked the city’s tax-payers to help subsidize their expansion into my district, should be expected to treat their workers with respect,” Senator Salazar said in a statement emailed to Observer. “They should recognize their union immediately. If they continue to hold captive audience meetings and engage in anti-union tactics, then I think it’s our obligation as city and state officials to reexamine all of their dealings with public institutions and public funding.”

With the global art market exploding and art storage space accordingly becoming an ever more valuable commodity, OUVO has opened three facilities in the state of New York since launching its flagship location in Long Island City, Queens in 2014. The company is planning to open a fourth location in Bushwick this fall.

“I’ve been working at UOVO for five years,” said Jami Zahemski, a dock receiver at UOVO’s Kings Highway location, which is one of UOVO’s two Rockland County storage facilities. “I believe communication over the years hasn’t been at its best, mostly due the physical separation of the facilities, which creates a lack of context when discussing staff, equipment, etc. All UOVO workers across the board strive to do the best work they can with the time and resources given to them. However, those resources are not always distributed appropriately or fairly.”

According to Teamsters Local 814, workers at UOVO currently are only offered “access” to a 401k plan with zero percent matching funds from the company. “They reached out for a lot of reasons,” said Jason Ide, President of Teamsters Local 814. “They’ve had workers very badly injured on jobs at UOVO, they don’t have any retirement plan to speak of, and they all feel like they deserve to be treated better and I agree 100 percent. It’s hard to handle a $5 million painting and hang it and realize if you do this for the rest of your life, you’re going to retire with nothing more than Social Security.”

“I would like to see the company take time to focus on the basic necessities that should be provided to the employees,” Zahemski continued. “UOVO has raised the bar when it comes to art storage and services, they should also be setting the standard for making art handling a sustainable, long lasting career, which includes appropriate wages, affordable medical care and a livable retirement plan. Most importantly, I’d like to see more transparency from management about the decisions they make regarding the aforementioned benefits or any major change to the company that will effect the employees.”

“UOVO feels strongly that our employees deserve to know all the facts, and to weigh both points of view before voting for or against union representation,” a representative for the company said in a statement emailed to Observer. “This is one of the most important decisions our employees can make concerning their livelihoods. We are following all federal laws regarding the election process as set forth by the National Labor Relations Board. This includes the right to communicate directly with our employees.” 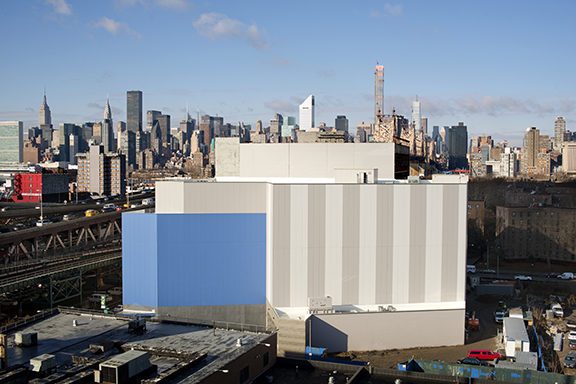