UPS may soon be the first parcel delivery company to drop off a package at your doorstep via a drone.

On Tuesday, the Federal Aviation Administration (FAA) awarded UPS a rare certification to operate a full “drone airline,” paving the way for the parcel company to expand its beta-phase drone service nationwide.

You probably won’t start seeing UPS drone flying over your house immediately, though. UPS said it would first build out the drone service to hospitals and medical facilities across the U.S. before rolling out to other industries.

“This is history in the making, and we aren’t done yet,” UPS CEO David Abney in an announcement on Tuesday. “Our technology is opening doors for UPS and solving problems in unique ways for our customers.”

Upon receiving the FAA approval, UPS immediately launched the first drone delivery flight at WakeMed’s hospital campus in Raleigh, N.C. using a Matternet M2 quadcopter. It was the first “beyond visual line of sight” (BVLOS) operation by a commercial delivery service in the U.S. Until that point, drone flights were required to remain within their operators’ line of sight to ensure safety.

Drone delivery may be the new frontier with regulators only just catching up with the phenomenon, but already competition is intense.

UPS’ primary rival, FedEx, is mulling a similar services in partnership with Google’s Wing, an autonomous drone unit operating under Alphabet Inc. In April, Wing obtained a certification from the FAA to operate a pilot program in designated zones in Christiansburg, Virginia.

Amazon has also announced the long-awaited Prime Air drone program, promising to deliver packages under five pounds to customers living within 15 miles in less than 30 minutes. 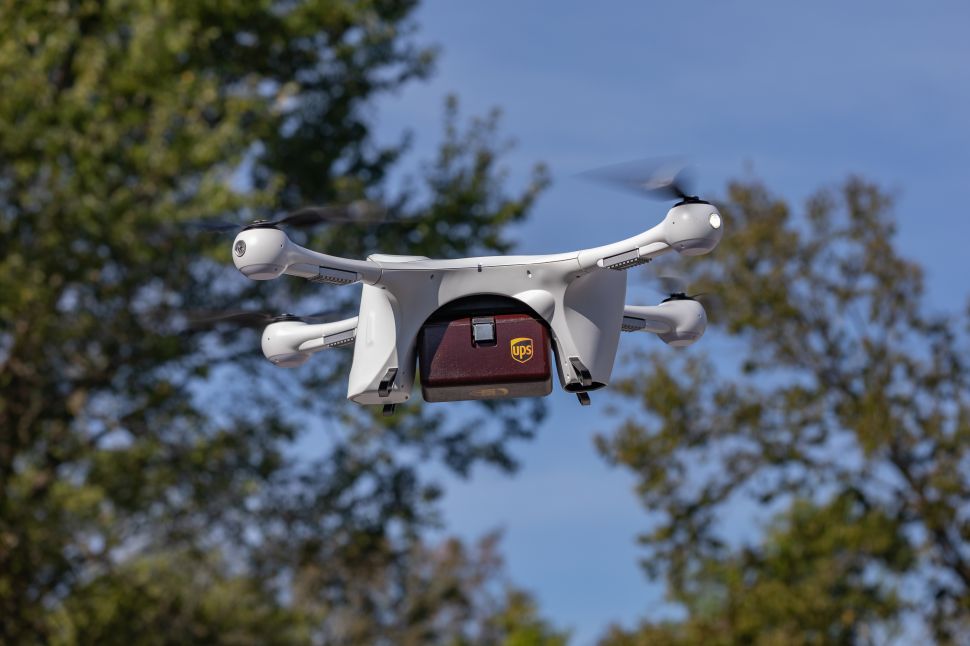