Whether vaping nicotine or e-juices is indeed safer than smoking tobacco products—or just a technique to cause different, but no less grievous, harm to your lungs—can depend on whom you ask (and what answer you’re looking for).

But whenever public health or elected officials treat all vapes the same—as Massachusetts Gov. Charlie Baker and other elected officials are doing by banning all vaporizer or e-cigarette sales—they’re both misleading the public and making the crisis worse, one prominent expert told Observer on Friday.

In the United Kingdom, the National Health Service (NHS) is on record declaring e-cigarettes as “95% safer” than smoking. Encouraging smokers to switch to vapes is central to the British government’s anti-smoking strategy. Compare that to the United States, where you can find respected academics so adamantly opposed to e-cigarettes that they have publicly suggested Juul users ditch pods and pick up Marlboros instead—and that was before more than 1,000 Americans fell ill, with about two dozen dying, due to suspected vape use.

Though it seems that the vast majority of those sickened used illegal THC products purchased on the underground market, all vapes have been targeted as potential health problems by both public health experts and elected officials, whose answer to the crisis is for everybody to stop vaping everything, right now. Baker’s four-month blanket ban on all vape products is the country’s most draconian, unique only in the length of time and in the number of products covered; several other elected officials, most recently Washington’s Jay Inslee, have followed his lead.

Recent research may only be fueling the panic rather than providing answers. “E-cigarette use is associated with a range of lung injury patterns that have only recently been recognized as use of these products continues to rise,” declared a recent article published in the American Journal of Roentgenology (AJR). In addition to lipoid pneumonia, researchers at the University of California, San Francisco (UCSF), documented at least six other patterns of “vaping-associated lung injury.”

Though the nearly 300 different vaping devices and more than 15,000 vaping products available on the market create “nearly infinite variables” that could lead to injury or death—and thus make identifying a particular product or device as harmful difficult—the authors are sure to associate injuries with “vaping” broadly, rather than exposure to a specific toxic chemical, and to identify “cessation” of vaping as central to treatment.

Observer reached out to the author of the AJR article for comment but did not immediately receive a response.

However, such findings are problematic because they “conflate e-cigarette use with THC [vaporizer] use, and with vaping underground or black market products,” said Michael Siegel, a physician, researcher and tobacco expert at Boston University’s School of Public Health, in a telephone interview with Observer on Friday.

Bans like Baker’s capture both THC vaporizer cartridges, sold at licensed dispensaries, as well as popular devices used to vaporize nicotine, like the notorious Juul pods that have become a bugaboo for both politicians as well as public health experts. (Researchers at UCSF specifically, where the study’s lead author works, have been frequent and vocal critics of Juul and supportive of San Francisco’s ban on flavored Juul pods, which have proven popular with adults seeking to stop smoking.)

“It’s really unfortunate that they’re kind of lumping them together,” said Siegel, who gave a similar analysis to NPR’s Morning Edition on Friday. “Because of that, I don’t think a clear message is coming out to the public right now.”

“I think that’s the danger: the failure to clearly demarcate the difference between these two completely different types of products,” he added. “And the article doesn’t really account for the vast amount of information that we do have about these cases.”

Put most simply, the most dangerous products are unregulated products like THC vaporizer cartridges purchased from underground suppliers. And as Siegel noted, “almost all of the THC cartridges recovered from patients have tested positive for vitamin E acetate,” an oily thickening agent that could explain the pattern of lung inflammation seen in many patients.

“That would make sense; it would explain the presentation of the illness and the timing of it,” Siegel said. “Clearly something new must have happened: these products have been around for years, millions of people are using the Juul—and we haven’t seen anything [on the scale of the vape crisis] until recently.”

Though findings published in scientific literature are built on nuance—and almost always include a call for more research—nobody does nuance particularly well: not the media, not elected officials, and quite often, not public health experts with specific axes to grind. The vape crisis provided opponents of Juul and other e-cigarettes with rocks for an ever-ready sling that’s since claimed predictable collateral damage. It is almost certain that your vaporizer device will not kill you; figuring out which one might, or might make you sick, is being made unnecessarily more difficult by the very people whose calling it is to make it simpler. 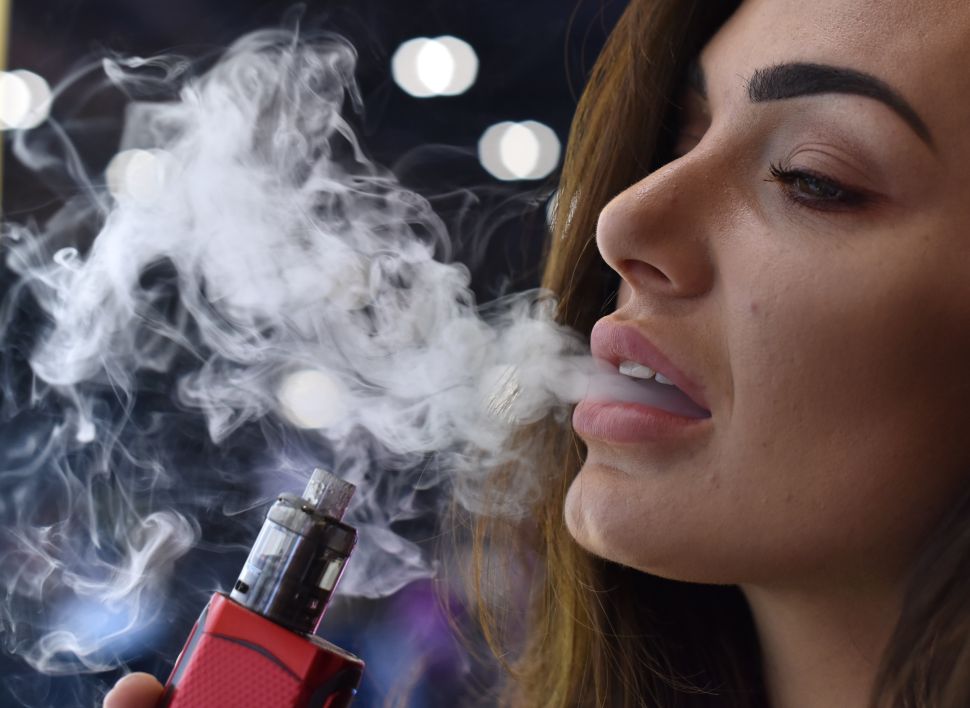