In recent years, we have seen so many men splayed open before a public that has then been asked to judge, in real-time, their degrees of awfulness. What’s the line between a douchebag, a creep, and an abuser? How do we sketch a spectrum from harassment through rape? When does garden-variety shittiness shade into criminality? These conversations, still roiling, are helpfully illustrated by the men in question: the hiding-in-plain-sight monstrosity of Harvey Weinstein or Donald J. Trump; the onanistic assaults of Louis C.K.; the pathetic moves of former Artforum publisher Knight Landesmann, accused of coercing office visitors into allowing him to sensuously hand-feed them walnuts, among other unwanted gropings and abuses of power.

Into this ongoing reckoning drops The Girl at the Door, by Italian author Veronica Raimo. File it on the shelf with other recent masterpieces of the #MeToo era, from Sofka Zinovieff’s Putney to Sally Rooney’s Normal People. Raimo’s slim and uncomfortable novel is the opposite of a straightforward polemic; indeed, it’s the kind of thing that’s destined to launch a million tense book-club discussions.

The plot is simple enough. A couple has emigrated from their economically depressed home country (which seems a lot like Italy) in order to start a new life on the island of Miden (which seems a lot like Iceland, or at least an amalgam of various Scandinavian nations). The man—no one in the book is named outright—is a 37-year-old professor of philosophy at a local arts college. The woman, his partner, is pregnant with his child. One fateful afternoon, a girl shows up at the door with some news: The man, her former professor, raped her. Or, rather, they were involved, sexually, for a period of time; and now, two years later, she has come to the understanding that she was raped.

Miden is both utopian and bureaucracy obsessed, so this bombshell sets in motion a long process in which various official groups will determine whether the man is indeed guilty of what, in their books, is defined as “Trauma no. 215.” The man himself essentially accepts the charges as they’re spelled out, which amount to varying degrees of rough sex and quasi-bondage, against the fraught context of a teacher-student relationship. His accuser, in retrospect, feels traumatized. The accused, meanwhile, still fantasizes about their affair, which he considers both a mistake and a thing of beauty. He keeps a drawer full of her dirty underwear, revisits a folder of nude photos she once sent him. Those pictures, he notes, go unmentioned in the charges the girl has brought to Miden’s Commission. “Evidently the trauma had spared them,” he writes, with a slight sneer. “She didn’t suddenly realize that she’d been forced to take them. No, that’s not the correct wording: she didn’t suddenly realize that she’d felt forced to take them. Everything hinged on that feeling.”

Raimo’s prose is lean, sprinkled with dashes of the poetic. Her chapterlets toggle between the point-of-view of the male professor and his pregnant girlfriend—Him, Her—which at first plays like a version of Gone Girl’s endlessly ripped-off, conflicting and unreliable narrators. But Raimo isn’t interested in ratcheting up tension, or making the reader think that some climax will arise once the truth outs. The truth is mostly always there, sitting on the table, begging to be interpreted. “Do you realize that this is absurd?” the man asks when he encounters the girl, his accuser, on the street. “Do you realize that I was assaulted?” she asks in response. Several lines later, they both admit that they had loved each other, once.

What makes The Girl at the Door so thorny is the way in which it dissolves into a hall of mirrors, offers itself to be weaponized by conflicting viewpoints. From one angle, it might be a jab at the #MeToo movement and the groupthink of so-called “cancel culture”; from another, it’s a passionate defense of the ways in which the right to define abuse indeed lies with the abused. Raimo’s professor is certainly a narcissist, a mansplainer and a pompous asshole—someone who lamely rhapsodizes his art school’s aroma of “organic turpentine and the hormones of young bodies,” and salivates over the “vulnerable enthusiasm” of his students. And yet, is he a rapist?

“Some things need time to process,” one of his peers tell him, unpacking the reasoning of the girl’s accusation. “Okay,” the professor counters, “but maybe in two years she’ll process something else, and we’ll be back to the beginning.” “Then in two years we’ll talk about it again,” she retorts. Meanwhile, the professor’s partner—saddled with having to stand by while his fate is decided—is coming to terms with the contours of the consensual relationship she has with the man who will soon be the father of her child. The sex they have, she notes, isn’t much different than the sex he had with his accuser, now reclassified as evidence of Trauma no. 215. “In those days,” she writes, “he often spoke to me as if were a little girl.” In many ways, the real story of The Girl at the Door is her own becoming, a journey away from what might not be abuse, but is still its own parade of tiny traumas.

The novel does have a denouement of sorts, but it’s hard to recall a book that leaves so much of its author’s own intentions floating, hazy and shifting. I asked Raimo, via email, how notions of “guilt” reverberated while she was writing the novel, and also if she feels like she brought a different perspective to her subject matter as a European rather than an American. (Somewhat shockingly, Raimo said she began writing the book eight years ago, and completed it prior to when the #MeToo movement came for Harvey Weinstein.) “It’s easier to bear guilt than ambiguity,” she noted. “I don’t believe in punishment. I don’t think the opposite of punishment is forgiveness, but [rather] dialectics. And if there’s something I learned from feminist thinkers, it’s to be dialectic.” And also: “I feel the only message in my novel was: Please, don’t look for a message!”

That sort of attitude can, of course, be maddening, if not obnoxious. But The Girl at the Door earns its moral complexity and its refusals. The novel’s swift 229 pages are dotted with landmines; a second reading does little to settle its barbed nuances. After—spoiler alert—the professor receives his verdict, he finds himself confronting an entirely new identity. “And only now that my status had passed from professor to Perpetrator did I realize that language created reality,” he writes. “I was inside that reality. I had raped a girl. I had loved a girl and raped her.” 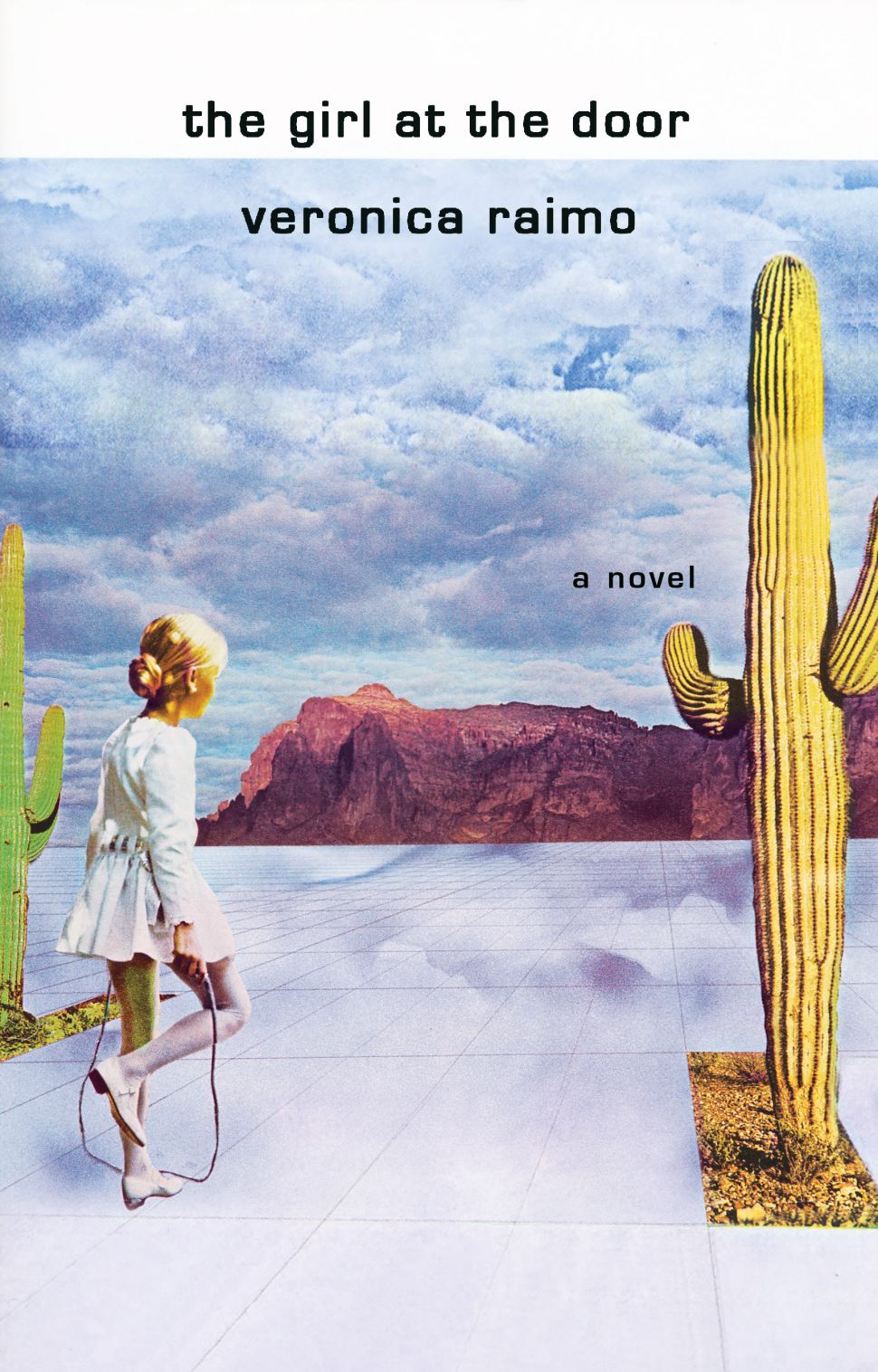