Victoria Siddall, the director of Frieze Fairs, is responsible for the successful execution of international contemporary art fairs that unfold in some of the world’s biggest cities: New York, Los Angeles and London. Somehow, these fairs must serve as practical thoroughfares for tens of thousands of spectators while also functioning as expert marketplaces; not to mention the fact that any art event is scrutinized for its contributions to the more nebulous cultural conversation. This week, Siddall is overseeing Frieze London, which is currently underway in Regent’s Park. She spoke to Observer over the phone on Friday about the opportunities that arise when executing a huge event in an increasingly globalized art scene.

Observer: How has Frieze London changed, specifically since you took over? What do you think distinguishes it in particular?
Victoria Siddall: This fair particularly is the most international fair we’ve ever done. We have galleries from 35 countries, and making it an incredibly global event is something we’ve worked towards—making it something that actually really reflects London as a city. You know, it’s always been this very kind of central, global meeting point and we have people living here from all over the world; artists, collectors and people working in the art world. That’s really made it the place that it is. So it felt very appropriate, especially right now in the political times in which we live, to reflect that in the fair. It’s not so much what changed specifically for Frieze, but what’s changed around us. I think one thing that has happened over the last few years is the number of art fairs globally has really proliferated, as well as the number of art events, biennials and so on. We’ve felt the need to really distinguish ourselves and ensure that people feel that they don’t want to miss the Frieze fair.

At Frieze London this year we have a special section; it will only happen once, called “Woven,” and it’s curated by Cosmin Costinas who directs Para Site in Hong Kong. It focuses on artists making work using the medium of textiles and kind of referencing indigenous craft, but also legacies of colonialism. Last year [this section] was called “Social Work,” which centered around woman making art in the ’80s and ’90s about their place in the labor market and the art market and so on. So yeah, those sort of things I think have become more and more relevant and important as it becomes vital to really distinguish the fair and make it feel like a unique experience.

What’s the hardest part of coordinating and navigating fairs like this, when the expectation is that all eyes are going to be on you?
I mean, all eyes being on you is what you want, and if not then you’ve got something bigger to worry about. So obviously, we know that’s what we’re aiming for—people to be really paying attention to what we’re doing and wanting to be a part of it.

But yeah, it’s obviously challenging putting on an event like this because there are so many different people with priorities around it, be they artists whose work is shown, the gallery showing the work, collectors who come to buy or the public who just comes to see art. There’s a lot of different stake-holders involved. But that’s also what makes it really interesting: making it a success for everyone is involved. And obviously a lot of the people we work with on the fairs, they care very deeply about what they’re doing. So, there is this sort of pressure that comes with that too, but that’s also what makes it really good.

Have any emerging technologies or tools over the past couple of years really helped you in the technical sense?
We’ve been talking a lot about sustainability at Frieze, and we’ve made big changes in terms of how we’re using this new product called Green D, which is a biofuel that powers the fairs and has cut the carbon emissions of our generators by 97 percent. So that’s a huge change for us, but one of the factors is still…one of the changes we’ve made is that over 80 percent of our invitations this year were sent out digitally, instead of plastic cards or invitations. Technology’s definitely been helping us in that regard. And also, it’s not just about being able to not send a plastic card, it’s also about people being able to download something onto their phone so it’s with them wherever they are in the world. Us mailing something to them in one country doesn’t necessarily guarantee it will reach them.

Are there any artists at Frieze London this year you’re particularly excited about?
Taro Nasu is presenting a vending machine by Ryan Gander that vends rock as well as sculptures of rock and it’s kind of great in an interactive, different way of selling art. There’s going to be a focused presentation of Kara Walker that ties into her Turbine Hall installation at the Tate Modern, which is great to see. And there are solos of Kapwani Kiwanga, who won the artist’s award in New York last year so it was great to see her work again. So, absolutely there are some great things all over the fair. 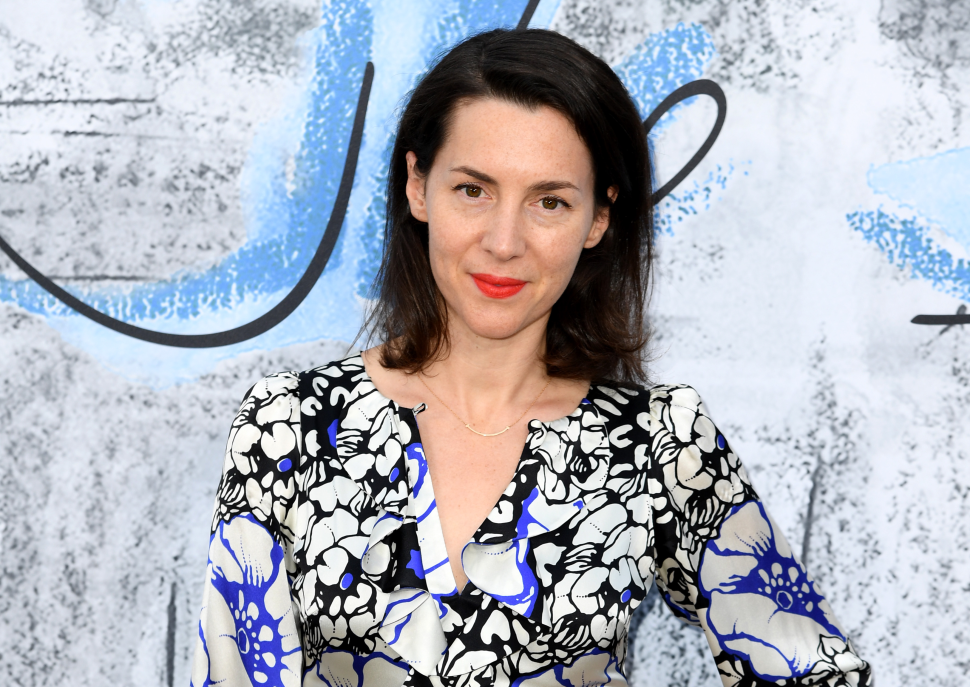