You may not have $250,000 laying around or the patience to wait in line for Virgin Galactic’s first suborbital space ride. But, for a fraction of that ticket price, you can now own a piece of Sir Richard Branson’s space company on the New York Stock Exchange.

Virgin Galactic announced the merger with Social Capital Hedosophia in July, with the latter firm agreeing to acquire 49% of Branson’s space company for $800 million. The resulting company was named Virgin Galactic Holdings.

Monday’s IPO makes Virgin Galactic the first ever commercial spaceflight company to be listed on a public stock exchange, during a time when multiple private efforts, including Elon Musk’s SpaceX and Jeff Bezos’ Blue Origin, are competing in the burgeoning space tourism sector.

“For the first time, anyone will have the opportunity to invest in a human spaceflight company that is transforming the market,” George Whitesides, CEO of Virgin Galactic Holdings, said in a statement Monday. “Virgin Galactic has been working tirelessly to turn the concept of human spaceflight into reality, and our IP and engineering skills, alongside the talent we have in our business, makes us confident and excited about our future.”

Virgin Galactic plans to send its first customer into suborbital space as soon as next year. The company has so far completed two test flights—one in December 2018 and the other in February 2019—using SpaceShipTwo vessels (VVS Unity) made by a Virgin subsidiary called the Spaceship Company.

“To fellow investors, employees of VG and the Spaceship Company, business partners and customers—thank you for your commitment to our great company, which has made today’s exciting announcement possible,” Branson said in a statement last Friday when closing the merger with Social Capital Hedosophia.

Social Capital’s founder and CEO Palihapitiya was one of the earliest employees at Facebook and accumulated a vast fortune during the social media giant’s growth years. After leaving Facebook in 2011 (shortly before its IPO in 2012), Palihapitiya founded Social Capital to focus on startup investing.

In 2017, Palihapitiya founded a separately entity called Social Capital Hedosophia, a blank-check company that allowed him to raise funds for some of his investments from the public market.

“Since our founding, SCH set out to unite technologists, entrepreneurs and technology-oriented investors around a shared vision,” Palihapitiya said in the Friday statement. 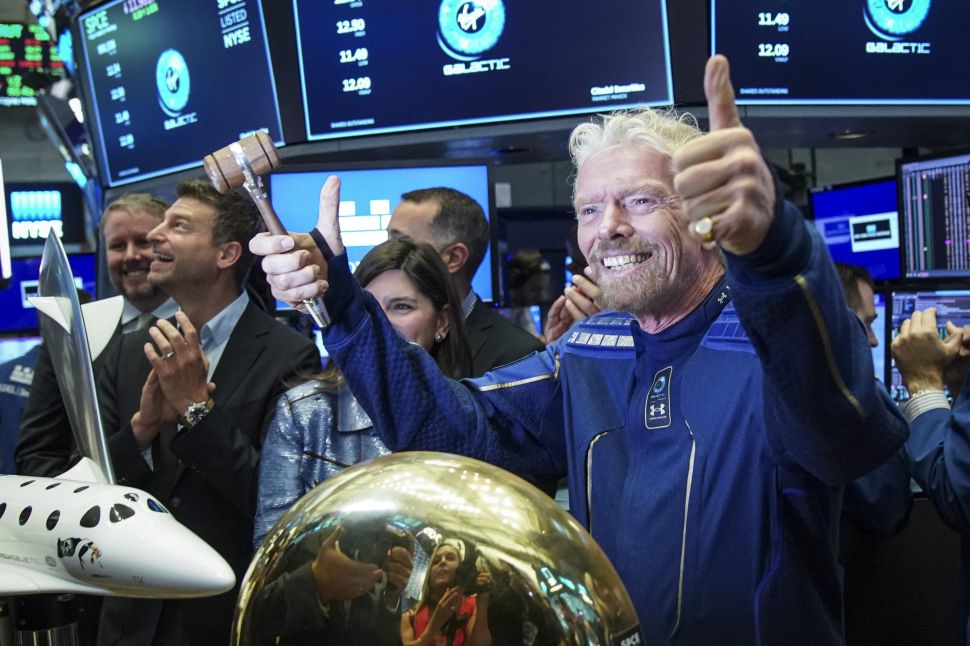