When my mother sees me using a smart speaker, even for mundane use cases like turning on the living room light, a flash of surprise comes across her face. She can’t believe that conversational computing is a thing, despite the fact that I work in the field and many of her Boomer friends are avid voice users.

But when my two-year-old daughter sees me casually speak with inanimate objects—which appear to understand me, talk back and do my bidding—she’s not impressed. It’s perfectly normal to her, far more normal than seeing me use that strange rectangular contraption with dozens of buttons that controls what’s on that big screen on the wall. Known broadly as “Generation Alpha,” the digitally-native, tech-savvy cohort my daughter belongs to is also being termed in the conversational AI (artificial intelligence) community as “Generation Voice,” which speaks directly to the significance of growing up in an age of conversational technology.

My daughter, like hundreds of millions of other children, is witnessing humans speaking to computers every day of her life. She’ll soon join the ranks of millions of children who love to use voice assistants themselves—to learn, to play games and simply experiment with talking to something that’s not quite human but speaks our language.

There’s plenty of research and writing on how deeply kids embrace voice assistants, and the potential pros and cons of that relationship vis-à-vis child development. While representing a “healthier” alternative to screen-based media, voice also poses risks around how children conceptualize and value AI, learn manners and the degree to which “one answer” responses might dampen curiosity. These are hot topics today, but what happens when Generation Voice comes of age?

Here are the major implications for Big Tech, for brands and for Generation Voice over the next decade.

Voice assistants currently represent a missed opportunity for tech companies to create loyal, lifetime relationships with consumers. There’s a general lack of personalization present in major voice assistants today. My assistants don’t really know me, and if they do, they aren’t letting on about it. Synthesized voices and basic settings may change across users, but Alexa is Alexa and Google Assistant is Google Assistant. Certainly, consistency of experience is important for any tech company, and gathering more data from users to deliver personalized assistant experiences opens the tricky privacy conversation. But to win loyalty for voice assistants, Big Tech simply must take the risks and personalize the voice experience.

Much like human assistants, the better smart assistants know us, the more they can do for us. Tech companies that recognize this will be the ones whose assistants outperform our expectations and win loyalty. Today, I want MyAlexa, MyAssistant, MySiri—assistants whose intelligence not only lives in the cloud and benefits from all user interactions, but whose services are rooted in knowledge of me as an individual. Growing up in a world of “recommended for you,” the next generation will demand that level of personalization from their assistants and, in turn, will have a hard time leaving an assistant after having spent years training it. Personalization-driven switching costs between voice services will be key for tech companies’ long-term user retention.

For Brands, Skepticism About Voice Today Could Be Lethal Tomorrow

Because voice is such a new behavior, and such a complex field of computing, many brands are taking a wait-and-see approach to investing in the space. A clear exception to this is kid-focused brands and media properties, which have been generously investing in kids’ experiences today. But there’s more to children adopting voice tech than their age; a child’s general openness to this new type of experience is something they’ll carry with them through their teens and into adulthood.

As today’s children become tomorrow’s consumers, voice will no longer be a “fringe” behavior, it will be a primary way of interacting with the world. Voice will be an expected dimension of any brand’s universe of products and services, and one that must be thoughtfully presented from a branding and experience design perspective. This means that sonic identity and audio brand elements will be arguably as important as visual branding, especially as brand associations are indelibly formed at early ages. It also means that voice native users will have low to zero tolerance for poorly executed experiences employing sub-par or outmoded principles of interaction design. Generation Voice will know what good sounds like, and brands whose sonic identities and voice experiences have been well-crafted and repeatedly iterated will be leaps ahead.

For brands that are holding out for a clear tipping point that triggers spend in voice, here’s a hard truth: some inflection points are only visible in hindsight, at which point it will be too late to catch up.

For Generation Voice (and Their Parents), Voice Assistance Requires Conscious (and Cautious) Adoption

As the automation of daily tasks becomes a standardized feature of smart assistants, users will encounter a conundrum around just how much of their lives should be put on autopilot. Kids who grow up accustomed to the convenience of voice commands may find themselves having their own troubles “unplugging” (er, going mute?) when that other voice—the one in their head—tells them they need a moment without technology. The generation that grew up with “Make Google Do It” will need the discipline to determine how to categorize their daily tasks on the spectrum from fully-manual to fully-automated, along with the wisdom to step back and reevaluate these “settings” regularly.

Most important is the burden that falls on Generation Voice around data. Opting in to share our data with our assistants in large volumes, on an ongoing basis, will likely be the default, socially acceptable behavior that makes opting out a big obstacle to being a part of modern society. People of all ages must enter these bargains knowingly, with an awareness of the cost-benefit equation, and the risks that they cannot fully control or anticipate around the potential use and misuse of data. Consumers can then have an informed decision-making power that will compel tech company transparency and support a system that works for consumers, for brands and for assistant providers alike.

Eric Turkington is currently VP of strategic partnerships at RAIN, a firm specializing in voice strategy, design and development—read his full bio here. 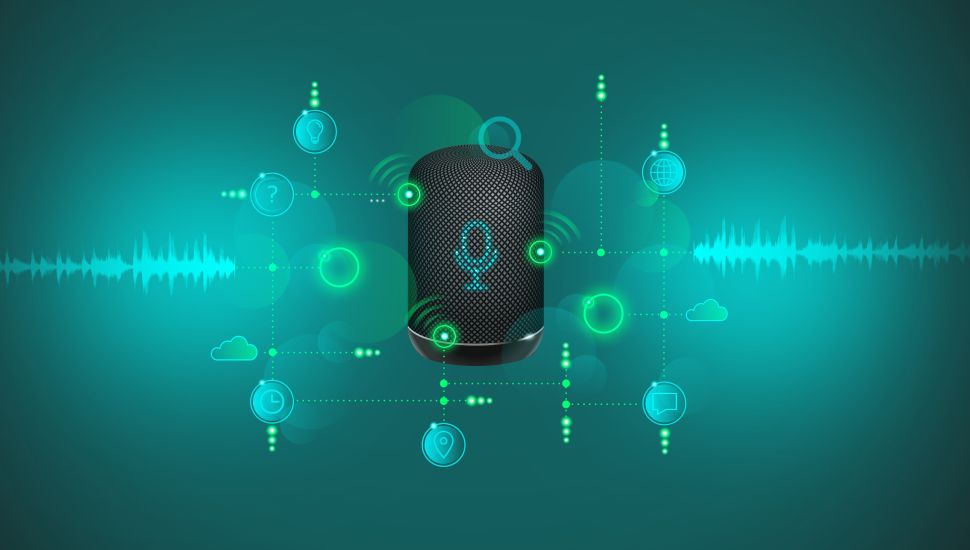