Tesla CEO Elon Musk and Volkswagen CEO Herbert Diess make an unusual duo in the cutthroat race of making and selling electric vehicles. While the two company are competing in almost every segment of the global EV market, their respective CEOs seem to have only good things to say about each other, in times both good and bad.

On Thursday, after Tesla delivered surprisingly good third-quarter financial results, Diess shouted out his respect for the American company at a Volkswagen event in Germany.

SEE ALSO: This Is What the Future Looks Like for Electric Vehicles

“Tesla is not niche,” Diess responded to a reporter at the event who suggested Tesla is too small to be considered a competitor of Volkswagen.

“The Model 3 is a large-series model, and they are one of the biggest manufacturers of electric car batteries,” Diess added. “We have a lot of respect for Tesla. It’s a competitor we take very seriously.”

There’s no media documentation of Diess and Musk having ever met each other in person—not that Musk is particularly fond of hanging out with any of his auto industry peers outside work. But the Tesla CEO clearly pays close attention to what’s going on in the industry and isn’t shy about speaking up when he feels the need to.

Last month, Musk expressed his support for Diess after the German executive was troubled with renewed scrutiny stemming from Volkswagen’s four-year old “Dieselgate” scandal. “Herbert Diess is doing more than any big carmaker to go electric. The good of the world should come first,” Musk tweeted. “For what it’s worth, he has my support.”

On the other extreme, Musk is also a forthright critic of industry patriarchs he dislikes. For example, he has predicted that Ford, another auto giant aggressively going electric, won’t be able to survive the next recession.

Diess acknowledged that Tesla will likely face many challenges, if Musk wants to build it into a true global company.

On Wednesday, Tesla reported a quarterly profit of $143 million and a rare positive cash flow of $5 billion for the three-month period which ended September 30. But cautious analysts warned that the company might soon find itself tight on cash again if it wants to maintain the current pace of growth. 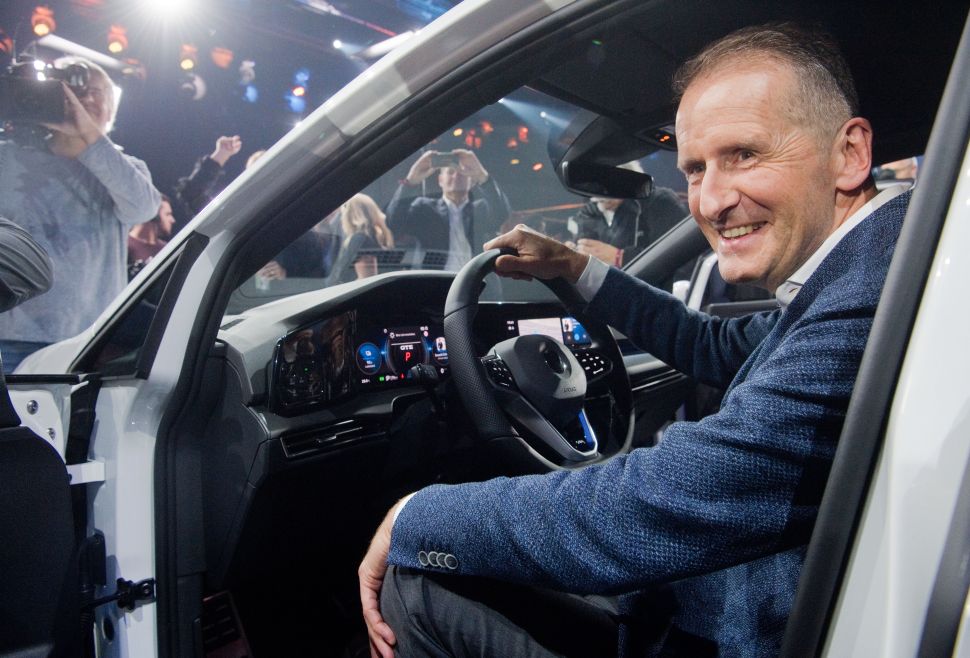