If there’s a counterpoint to the ever-inflating superhero bubble, it’s HBO’s decidedly non-heroic adaptation of the indelible Watchmen property, here not to burst or pop but to proselytize the non-believers. Genre fans will fawn over Damon Lindelof’s reimagining of Alan Moore’s polemic graphic novel, which tore into conventional superhero worship with commentary razor sharp enough to make Wolverine look like a Q-tip by comparison. There’s more than enough cape-and-cowl familiarity here to feed the insatiable appetites of the existing faithful. But where Watchmen eagerly separates itself from the crowded pack is with its ability to remix the genre’s best elements while breaking away from its inviolable guidelines to appeal to audiences who have never harbored an iota of interest in the comic book world.

In a way, Watchmen follows Joker‘s formula as an amalgamation of old school psychological noir-ish character studies that just so happen to be wed to superhero IP. As such, it features a few key similarities and departures from previous efforts within the genre.

Without delving into spoiler territory, here is the requisite information Lindelof has already made public: Watchmen takes place in an alternative, contemporary reality in the United States, in which masked vigilantes became outlawed due to their violent methods and Dr. Manhattan is said to be living on Mars (everything that happened in the comic is canon). Despite this, some masked figures join to start a revolution, while others are out to stop it before it is too late. The series takes place in Tulsa, Oklahoma, 34 years after the comic ends. In that time, a white supremacist terrorist cult known as The Seventh Kalvary— inspired by the long-dead moral absolutist Rorschach—has arisen to provide Watchmen with its socio-political undercurrent. Regina King leads the cast as Angela Abar, a police officer-turned-masked vigilante Sister Knight.

Lindelof never stops to hold the viewer’s hand with helpful exposition. Unlike most contemporary comic book adaptations, you’re dropped into this universe with the sudden impact of being deployed to a hostile war zone. It’s up to you to keep pace as the series eschews spoon fed information dumps under the belief that its audience is smart enough to stay afloat. We’ll see whether or not that trust is warranted.

Watchmen‘s pilot leaves you unsure of the show’s politics; the five subsequent episodes also provided to Observer do not.

The specious rah-rah Marvel Cinematic Universe is the well-deserved Goliath of modern day superhero material thanks to unparalleled commercial success and a consistent run of critical acclaim. But the MCU exists in an idyllic stasis of black and white morality and rarely complicated messaging. Evil is evil, and you can always tell who the bad guys are because they’re up to no good, right? Watchmen muddies and bloodies that line while drawing clear comparisons to today’s rise in heated race relations, fascist rhetoric and questions of totalitarian authority.

Importantly, Lindelof doesn’t hesitate to complicate our picture of protagonists. One heroic character allows a violent police force to push around suspected Cavalry members for an incident they may or may not be connected to. The fact that they deserve it is not the issue—it’s what this hero is willing to do to satisfy their own agenda. Tony Stark may have created the genocidal Ultron, but that was an example of good intentions gone awry. This is something different, something more innately relatable and unnerving due to its proximity to truth.

In this world, masked vigilantes are treated as outlaws. Much like the comic, the show revolves around the deconstruction of idolatry. Heroes—such as the comic’s original names that are now either dead or in hiding—are just one bad day away from metastasizing into villains, and the extension of unchecked vigilantism into law enforcement is a dangerously thin line. This subversive effort mirrors the Joker’s corruption of symbolic heroism in Christopher Nolan’s The Dark Knight, pushing Batman to break his one rule and tearing down Harvey Dent, the city’s public face of ethical righteousness. Unlike Nolan, however, Lindelof is more than willing to push onward into the ugliness of society, especially as it deals with regular humans who dress up in fanciful costumes and punch each other. The psychology behind a secret identity is the crux of the show’s most compelling drama because the irony of a mask is that it reveals a reflection of your true self.

Watchmen is a precursor to dystopia that explores the radicalization of citizens into extremists and the systems in place that enable and/or cause such a mental and emotional wound to openly fester and sore. It is cultural sociology as superhero material; a cautionary tale populated by colorful characters and exciting action setpieces. Again, returning to the Dark Knight trilogy, there are shades of the civil unrest unleashed by Bane in the trilogy-capper as our antagonists yearn for a sundered society.

Watchmen warrants all of the common complimentary modern-day superlatives such as “dark,” “gritty” and “realistic”—it’s like Amazon’s The Boys, if that show actually matured to the point that it had something substantive to say. Watchmen is able to take the conspiracy window dressing of Captain America: The Winter Soldier—which is founded on the idea that the institutions we place our faith into will ultimately fail us—and push it to its natural and logical conclusion. This is Thomas Hobbes incarnate.

Overall, Lindelof’s Watchmen embraces the spirit of the original comic with its stylish cynicism while attempting to erect a new organizing principle all its own, which will prove controversial to some. In a balancing act, HBO has helped to expand the comic book bubble once more by empowering a unique vision that both borrows and rejects from the genre’s standards. The only question now is how many of us will watch Watchmen? 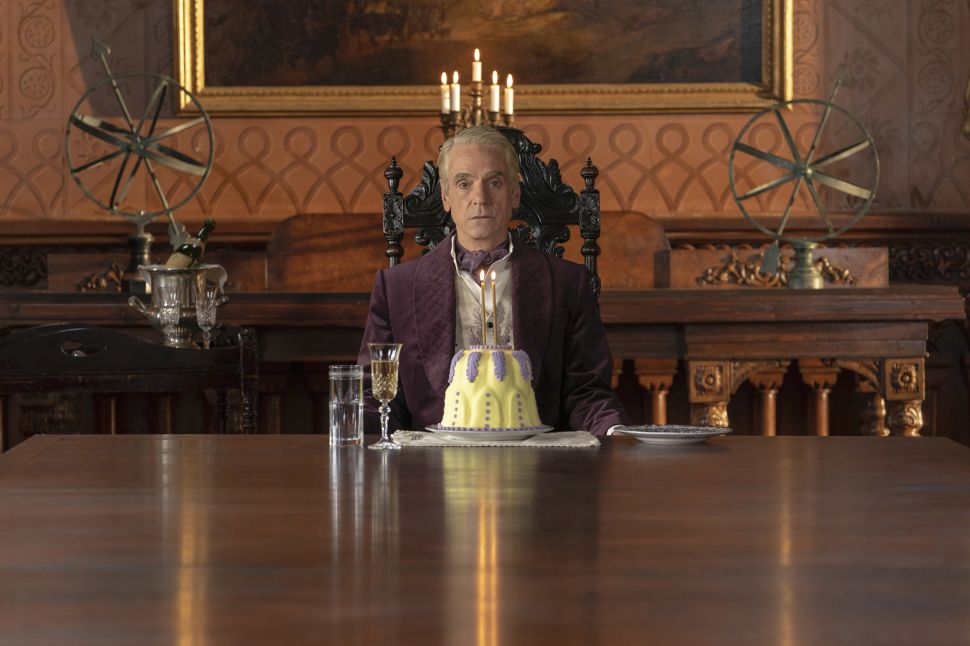