There’s no doubt that Will Smith is still a bonafide global movie star, but worldwide fame and acclaim isn’t always enough these days. As the name of the franchise has become more integral to the success of a film than the name of its star, the old guard of Hollywood’s elite have been forced to adjust to a new reality.

On paper, Smith’s Gemini Man should be a sure-fire hit as he posts double duty in a sci-fi hitman action thriller from Oscar-winning director Ang Lee. Yet the $140 million film is on pace for a muted opening around $25 million. So, is Will Smith still a powerful box office draw?

In the last decade, Smith has made just eight movies compared to 13 in the 10 years prior. Admittedly, some of these more recent efforts have been outright financial flops. Generally speaking, studios like to triple the production budgets of their major tentpoles to help cover expensive marketing and distribution costs. But 2013’s M. Night Shyamalan sci-fi bonanza After Earth cost upwards of $130 million to produce yet earned just $60 million domestically and $244 million worldwide, resulting in a write down for Sony. Then, 2016’s smaller Collateral Beauty earned just $7 million in its debut frame, marking the worst wide release opening of Smith’s career. Long story short: the 2010s have not always been kind to the Fresh Prince.

But Smith, ever the savvy businessman, has adapted to the modern reality. He’s cleverly attached himself to high-profile brands to marry his innate star power with pre-existing material. This has resulted in the two biggest openings of his career, including his first-ever $100 million-plus debut.

DC’s much-maligned Suicide Squad rightfully drew the ire of critics in 2016 (with Smith and Margot Robbie emerging as lone bright spots), but the movie was an absolute smash hit. As the last biggie of summer, it debuted to nearly $134 million and rode solid legs en route to almost $750 million worldwide. At $325 million domestic, Suicide Squad was also the biggest North American hit of Smith’s career. He topped that this year with Disney’s Aladdin, which opened smaller ($92 million) than Suicide Squad, but legged it to higher grosses both here ($355 million) and abroad ($1.0 billion).

In both instances, Smith wed his personal brand with flashy IP that boasted familiar appeal. That seems to be the strategy for the A-lister moving forward as he’ll return for two Bad Boys sequels and a Bright sequel in the coming years while also dabbling with the prestige fare he’s remained connected to throughout his career. Essentially, Smith is maximizing his box office potential by seeking out his comfort zone as an action hero in much the same way that Tom Hanks remains bankable when portraying real-life American heroes.

Overall, Smith’s filmography has netted upwards of $3.5 billion at the domestic box office with an average North American total close to $137 million per picture. 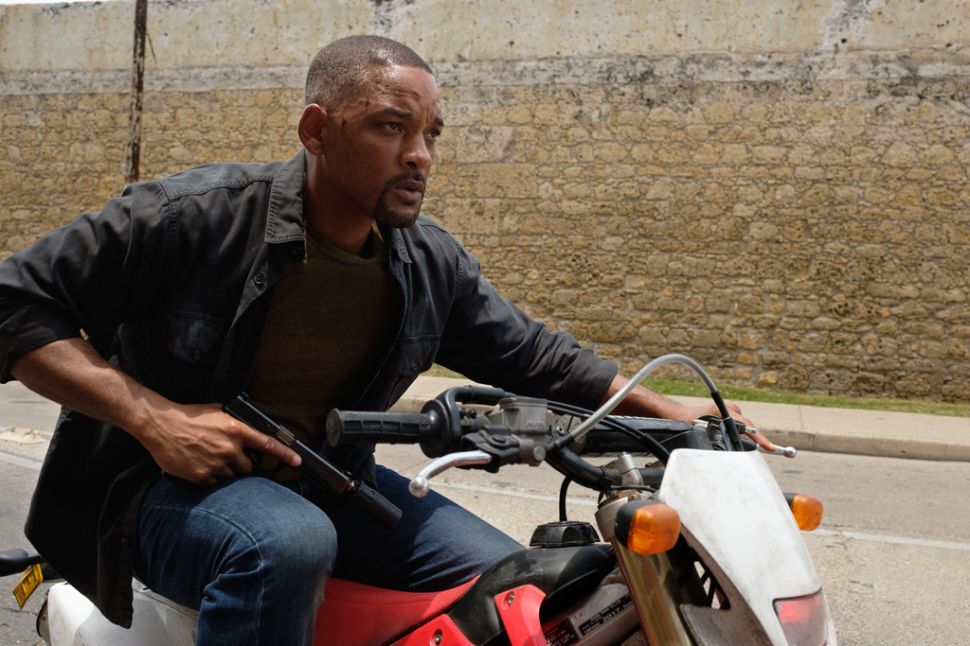