Twenty-five years ago, Wu-Tang Clan released their debut album Enter the Wu-Tang (36 Chambers) and sent a cultural reverberation throughout the entire world that’s refused to ever completely dissipate. If anything, Wu-Tang Clan’s strictly New York ethos has gotten even more palpable with time. Wu-Tang Clan came out of the gate talking about the brutality and insufficiency of capitalism with songs like “C.R.E.A.M.,” which is part of the reason why the rappers involved are still legends. To honor the effect that the group has had on others, Wu-Tang Clan and Absolut Art are launching an exhibition in New York that’ll run from October 24 to the 25. The exhibition will feature artwork made by over 20 artists inspired by the hip-hop group, including Hank Willis Thomas, Tiff Massey, Baseera Khan, Azikiwe Mohammed and Shaun Leonardo.

The pieces in the exhibition will range from $275 to $10,000, and you can be sure that the ever-higher prices being paid for art was certainly at the fore of many participant’s minds. “They did a song that is so iconic, I hear it whenever I go to an art fair: ‘C.R.E.A.M,'” said artist Hank Willis Thomas in a statement. His limited-edition work for this project involved the creation of an “Afro-American Express” credit card. “When I’m making those credit card works, I’m looking at the way black bodies were basically, literally, the money that our society was built upon.”

SEE ALSO: Rihanna’s Version of a Memoir Will Be Filled With Work by the World’s Best Photographers

The exhibition has been co-curated by Oliver “Power” Grant, the co-founder of Wu-Tang Productions and the executive producer of Wu-Tang Clan, and Diya Vij, who’s independent curator and associate curator of public programs at the High Line.

Vij explained how the project came into being: “Michelle Grey of Absolut Art contacted me, and was already really excited about what they’re doing to give a platform to emerging and established artists, and really thinking about how they can support folks doing work today.” She didn’t need much convincing to get on board. “When she brought this to me and asked if I wanted to curate a show with Wu-Tang, I was like ‘uh, yes.’ Wu-Tang is legendary, and as someone that’s been producing cultural programs in New York City for the past ten years, that’s a no brainer. Hank Willis Thomas describes it really well: he says the thing about Wu-Tang that inspires him the most is the audacity of Wu-Tang, which I thought is exactly it.”

Artists in the exhibition like Lil Kool and Michael Lukowski have paid homage to the group more literally, while others are mirroring RZA’s layered production with collages and cutouts. The exhibition will be on view at 555 West 25th Street in Chelsea, Manhattan. 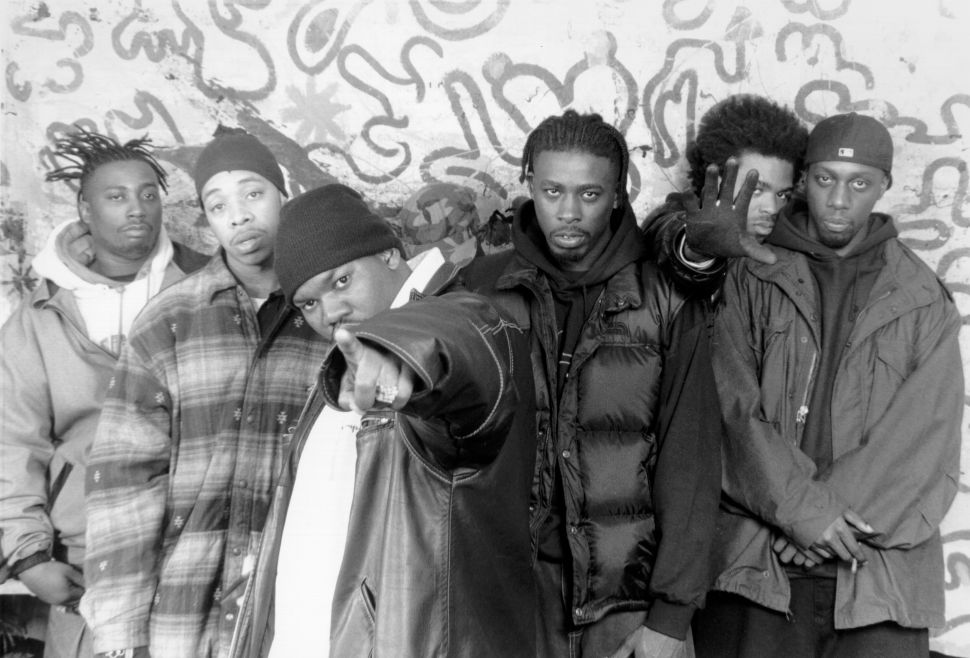