Former One Direction-er Zayn Malik is very eager to rid himself of his Soho penthouse. The singer purchased the 3,597-square-foot loft in March 2018, doling out $10.61 million for the New York apartment that just so happened to be mere blocks from his now ex, Gigi Hadid. Alas, he changed his mind rather quickly, as he tossed the four-bedroom, four-bathroom condo back onto the market just over a year later, in July 2019, with a $10.8 million price tag attached.

If he sold it at that full ask, he would have netted a very minor profit, but now he’s not even looking to break even. He’s lowered the price down to $10.2 million, meaning he’s willing to take a loss on the duplex.

There are 12-foot barrel vaulted ceilings, exposed brick and cast iron columns throughout the residence. The large, separate kitchen is equipped with stainless steel SubZero appliances, white cabinetry and a center island. There’s also an additional dining area within the great room, where there are eight wood-framed windows that look out onto Greene Street.

The master suite features an exposed brick ceiling, with a living space, walk-in closet and a bathroom with dual vanities and a subway tile glass-enclosed shower.

A custom steel staircase leads to the 932-square-foot private roof terrace on the second level.

It doesn’t look like the erstwhile boy bander has scooped up another New York home just yet, so perhaps he’s taking a break from Manhattan. He’s also trying to sell his North London home, though it seems he’s hanging onto his property in rural Pennsylvania—he bought that estate on the advice of his ex’s mom, Yolanda Hadid. 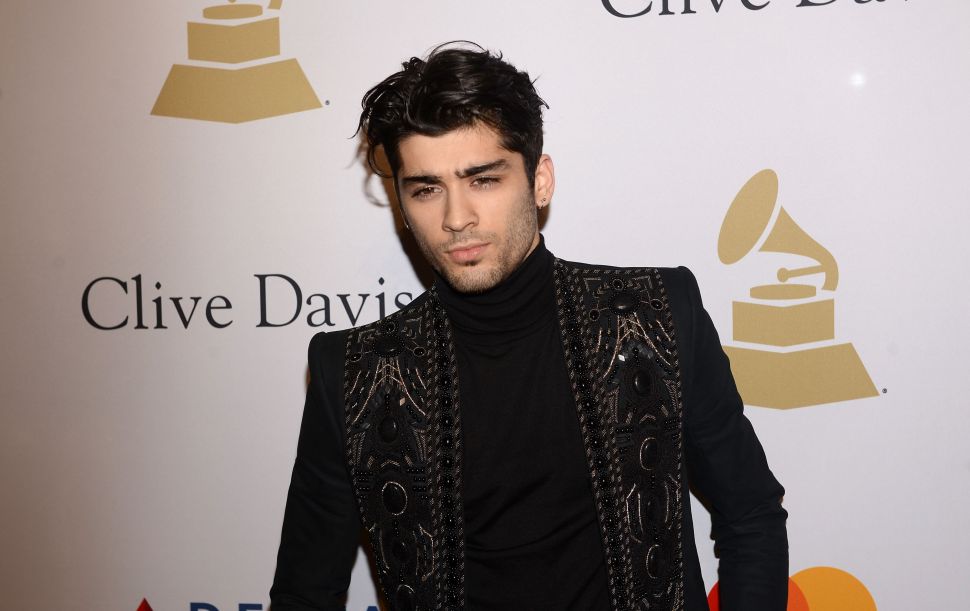