Perhaps Zayn Malik should take a break from real estate for a bit. The former One Direction-er finally found a buyer for his Bel Air home, but he ended up taking a loss in the sale.

Malik paid $3.1 million for the gated compound back in 2015, and completed a bit of remodeling including turning the three-bedroom set-up into a two-bedroom and also transforming a spare room into a space-themed situation with what looks like an illuminated galaxy on the ceiling.

He listed the 2,332-square-foot Los Angeles residence for just under $3.5 million in October 2018, but after nearly a year and no takers, lowered the ask to nearly $3.2 million in July. He did manage to garner some interest at that price, but the final sales price clocks in at $2.94 million, meaning he took a loss on the home—and that’s not even including broker and transaction fees.

This isn’t the only house the onetime boy bander has had some difficulty with—he’s also trying to part with his Soho penthouse in New York, which is currently on the market for less than what he paid for the duplex last year.

But back to his single-story Bel Air abode. There are polished concrete floors throughout, and the living room contains a brick-accented fireplace. The kitchen has white cabinetry and a white brick wall, plus a breakfast area, and there’s also a formal dining room.

There’s a media/movie room and a sound studio (perhaps that’s the space-themed area). The nearly one-acre property has stucco terrace steps and a garden outside; it isn’t currently fitted with a pool, but the listing promises that there’s room for one.

Malik isn’t the only erstwhile One Direction pop star to have a hard time with Los Angeles real estate. It took his former bandmate, Harry Styles, over two years to sell his sleek Sunset Strip home, and he ended up offloading the property for $6 million, accepting a loss from the $6.87 million he paid for the estate back in January 2016. 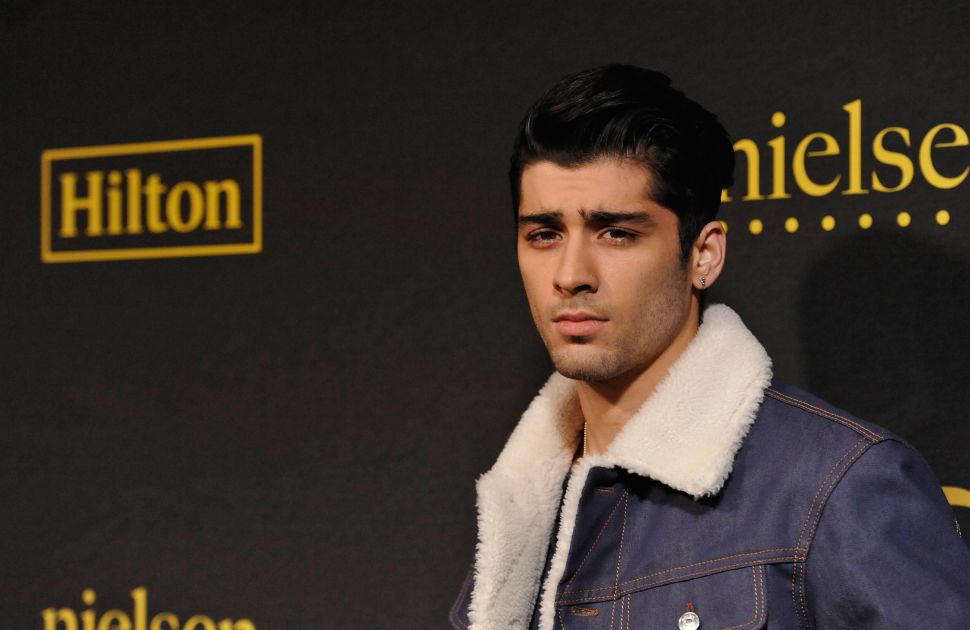