When life gives you carbon dioxide, turn it into vodka—or at least that’s the idea behind the latest unveiling in the food and beverage sustainability movement.

According to Brooklyn-based startup Air Co., on Thursday the company released “the world’s first carbon-negative vodka,” with each bottle a result of the daily carbon intake of eight trees. As the label says, it’s “vodka made from air, and sun.”

The company’s co-founders, former marketing executive Greg Constantine and electrochemist Stafford Sheehan, set out to tackle “one of the planet’s most vexing problems and use science to introduce a solution.”

The solution being a smooth, ethically-made cocktail spirit, of course. According to the company, the patented distilling process uses just two ingredients—carbon dioxide and —to make its ethyl alcohol. Air Co. already boasts awards from NASA and the United Nations for its distilling technology, which the company says is actively helping fight climate change with the removal of carbon dioxide from the atmosphere during production.

“We skip the entire fermentation process and are one machine that can fit in any given bedroom that does the same role, only faster and more efficient, with no impact to our environment, all run on solar power,” explained Sheehan.

Describing the technique, he told Observer that while electrochemical conversion of carbon dioxide into alcohol has been around for decades, Air Co. is the first to be able to produce and scale a drinkable beverage out of it.

“The spirits category is one that is ripe for disruption and an industry we know well. The vodka category especially is one of the most oversaturated markets that has traditionally lacked innovation,” said Constantine. “In creating Air Co., we wanted to deliver a product that is superior in quality, design and leaves a positive impact on the planet.” He went on to explain that the company started with vodka, arguably the spirit most consumers associate with hazy college drinking to utilize it as a demonstration of this technology.

Of course, producing “the most pristine sipping vodka on the planet” in a sustainable way comes at a cost. Each sleek 750ml bottle (which can be reused) of Air Co.’s vodka retails for $65, placing it at the high end of the spirit’s scale. Beginning with a New York City rollout this holiday season, which includes retail shops and top bars like Eleven Madison Park, Constantine says they’re hoping to attract early adopters and to build a community around the brand. Upon first taste, Air Co. does taste light and crisp, on par with other high-end vodka brands on the market.

With its vodka launch, Air Co. joins a slew of startups attempting to innovate the food and beverage industry while appealing to both consumers and investors (see: Beyond Meat). Constantine predicts that demand for more environmentally-conscious products will increase in the coming years. “Consumers are drawn to goods that do good, and we hope to play a role in bringing people sustainable solutions of the highest quality which harness the power of science and technology to improve our planet,” he said. 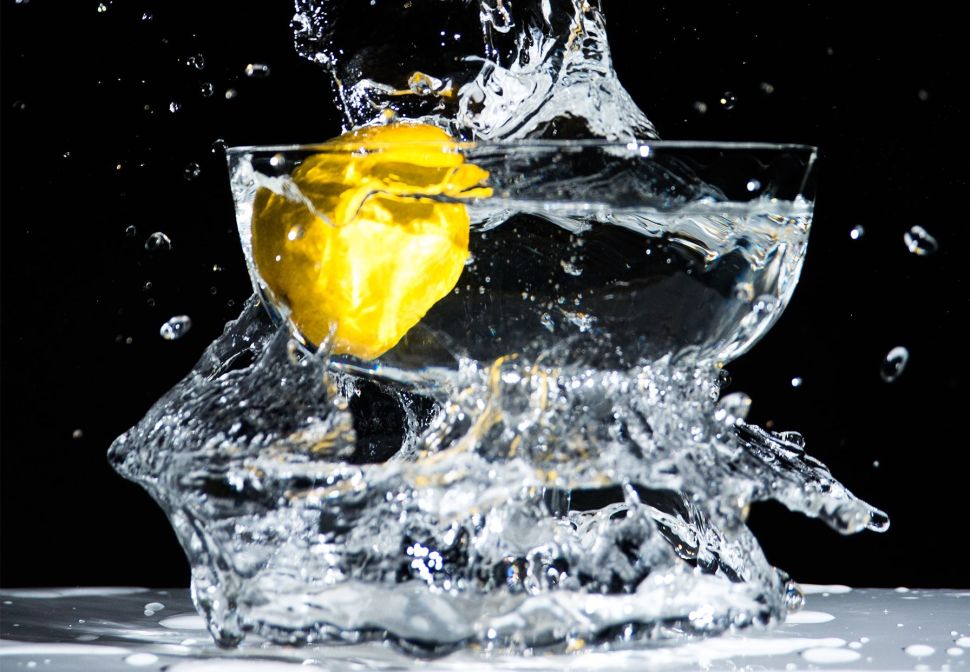