There is no good time to have it known that your product is rife with scams and risk for the user, or that five people were murdered at a rental you arranged, but among the worst possible times is right before you aim to make a heap of money.

This is reality now for scandal-struck Airbnb, which must restore investor and public trust—which, along with outsourcing liabilities like “risk” and “owning property,” is the very basis of its business model—ahead of an IPO sometime in 2020.

Exactly how Airbnb, possibly worth as much as $35 billion, plans to go public, the San Francisco-based faux-hotelier hasn’t decided yet. But far more troubling for CEO Brian Chesky’s company than significant financial losses was the company’s nightmare Halloween. On October 31, reporter Allie Conti revealed in a viral article for Vice that Airbnb users are vulnerable to exploitation via a widespread (and apparently well-known) host scam, with little opportunity for recourse from the company.

That same night, five people were shot and killed at a “party house” in Orinda, California, just outside San Francisco, that been rented via Airbnb and was a known problem. Authorities had received noise complaints about the house in the months leading up to the mass shooting, including complaints about a party.

Both the host and the person who rented the home were kicked off the platform. Over the weekend, Airbnb announced it would eliminate ambiguously defined “party houses” from its listings, ramp up manual screenings of “high-risk reservations,” and deploy a “rapid-response team” to take “immediate action” against guests violating the new policies.

Realizing this wasn’t quite enough, on Wednesday, Chesky announced a few more safety features. By late December, Airbnb will “verify 100%” of its listings—something, you could argue, the company should already be doing—thus ensuring that guests don’t show up in the middle of the night in a strange city to a dangerous flophouse when they were expecting a secure villa.

But if they do, they’ll have a “neighbor hotline” staffed by real people to call and complain to, as well as a “guest guarantee” of a refund or a “rebooking” into another Airbnb-listed property “that is just as nice,” Chesky wrote in a series of Twitter posts, the clear aim of which—based on the number of times he used the word—is to restore “trust” in Airbnb’s platform.

We are introducing the Airbnb Guest Guarantee. Starting on 12/15/19, if a guest checks into a listing and it doesn’t meet our accuracy standards, we will rebook them into a listing that is just as nice — and if we can’t, they will get 100% of their money back.

“Airbnb is in the business of trust,” he posted. “We are making the most significant steps in designing trust on our platform since our original design in 2008.”

And: “We are a platform built on a foundation of trust. We need to continue innovating on trust to make it harder for the bad actors. The trust of our community is our top priority.”

Airbnb’s very bad week and Chesky’s corrections are stark reminders of the very amazing thing about Airbnb, which is that anyone uses it at all. So far, Airbnb has been successful in relying on a “trust” economy, which is to say it has been operating in a way different from almost every other business in America—certainly differently from its competitors in the hospitality industry.

Most businesses doesn’t operate on trust—they operate based on guarantees. Parties in a contract trust each side will fulfill its obligations; if they don’t, they are guaranteed some redress via the legal process. Your landlord trusts you will pay your rent on time, but if you don’t, he or she doesn’t need to trust that you will vacate your unit. You trust that the Hilton or the Marriott will be there and will have a room ready for you when you book it. But if it doesn’t, the company will suffer consequences.

So far, Airbnb has been successful in relying on the “trust economy” mostly thanks to the numbers game. Airbnb has something like seven million listings in almost every country in the world, and 150 million global users. Most users, like most people, are not scammers, and so what problems arose prior to October 31 weren’t bad enough to sink the company. But a reckoning was probably inevitable. Airbnb has been “lax” and erratic in enforcing its own rules, relying so far on hosts and guests to resolve differences between themselves. If they don’t, they will get a bad review and won’t be able to make money by renting their properties or save money by avoiding hotels.

Whatever the cause or the outcome, it was, at least most of the time and at least legally speaking, not Airbnb’s problem. That’s no longer the case.

Trust may yet prove to be less important than being cheap and abundant—that’s a determination Airbnb hosts and guests are making. But if Airbnb is going to successfully transition from Silicon Valley unicorn to viable long-term company, it may have to offer something more to its investors than a promise.

This is what the scammers said lol 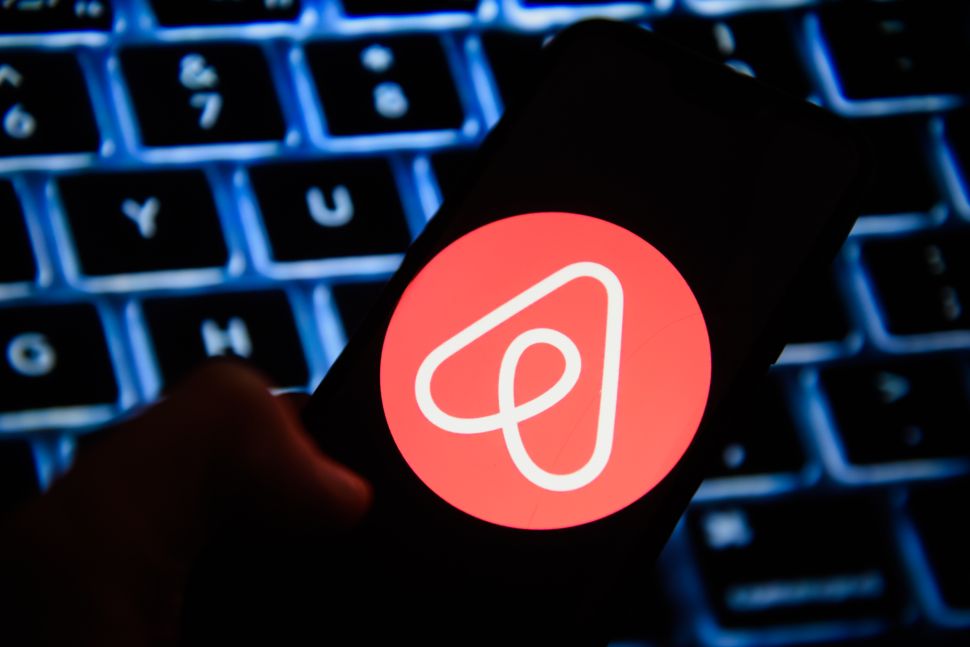