This Thursday, the Indianapolis Colts (6-4) will play the Houston Texans (6-4) in a marquee matchup that will help to decide the AFC South division leader. If you’re interested in such matters, there are several ways you’ll be able to watch the game. In early 2018, Fox Sports reached an agreement with the NFL to broadcast Thursday Night Football through 2022 for $660 million per year, making it easy for pay-TV customers to tune in. Those with special cable subscriptions will also be able to watch on the NFL Network, the league’s official small screen home. But what about cord cutters?

In April 2018, Amazon.com Inc agreed to pay the NFL roughly $65 million per year to simulcast the next two seasons of Thursday Night Football via its Prime Video service, a 30 percent price hike from the previous deal, per Reuters. Looking ahead, Amazon has just three more games left in its football pact before the deal expires. That’s when things start to get interesting.

More than 100 million people pay for Amazon Prime worldwide with an estimated 26 million-plus taking advantage of the Prime Video function. Yet as of last season, Amazon’s NFL simulcasts averaged just 500,000 viewers, according to Ad Age. This offseason, the streamer has three courses of action: cut bait with a costly endeavor that isn’t returning a ton of eyeballs, capitulate to the NFL’s expected price hike and maintain the status quo, or prepare an unlikely attempt to usurp the broadcasting rights from the broadcast networks.

Before we get too deep, it’s important to note that it is highly unlikely that the NFL would agree to reroute full broadcast rights from linear television to streaming, at least right now. You have a better chance at seeing NFL Commissioner Roger Goodell admit fault on any decision than seeing such a seismic shift. But the possibility merits discussion for three key reasons.

Reason One: Price and Competition

After the 2022 season, the NFL will hold a massive bidding war for its TV rights. As of now,  NBC pays upwards of $1 billion per year for Sunday Night Football, CBS pays around $1 billion for Sunday afternoon games, and Fox pays about $1.6 billion per year for TNF and Sunday afternoon games. The Disney-owned ESPN shells out $2 billion per year for Monday Night Football despite generating just $285 million in ad revenue and accruing the lowest ratings of the NFL’s weekly slate. On Disney’s earnings call earlier this month, CEO Bob Iger was non-committal when discussing the possibility of ABC making a play for NFL TV rights.

Given the volatility that accompanies high costs and competition, change is inevitable on a long enough timeline.

Pay-TV is dying faster than anyone expected with nearly 3 million customers cutting the cord in 2018. According to a recent Roku report, there are 23.8 million former pay TV subscribers in the U.S., which represents about 21 percent of TV households. Those numbers are only growing.

The NFL is in the midst of a two-year ratings rebound after a two-year skid, but digital streaming of NFL games rose 85 percent in 2018 , per Yahoo Sports. Despite the NFL’s live attraction power, linear TV viewership is shrinking. That’s just a fact. Eventually, that will begin to eat into football’s audience.

More than 50 percent of the country watches online video content on a daily basis and the major conglomerates want to take advantage of that.

AT&T CEO Randall Stehenson told analysts over the summer that NBA and MLB games that currently play on TNT, Turner and other WarnerMedia platforms will eventually find their way to the company’s forthcoming streaming service HBO Max. Comcast’s NBCUniversal is launching its upcoming streaming service, Peacock, in conjunction with the 2020 Olympic Games in order to leverage the high demand for live events. Step by step, major sporting events are migrating to over-the-top digital delivery.

If these services find success in this lane, perhaps the NFL will eventually view streaming as a viable alternative rather than a pesky compliment. 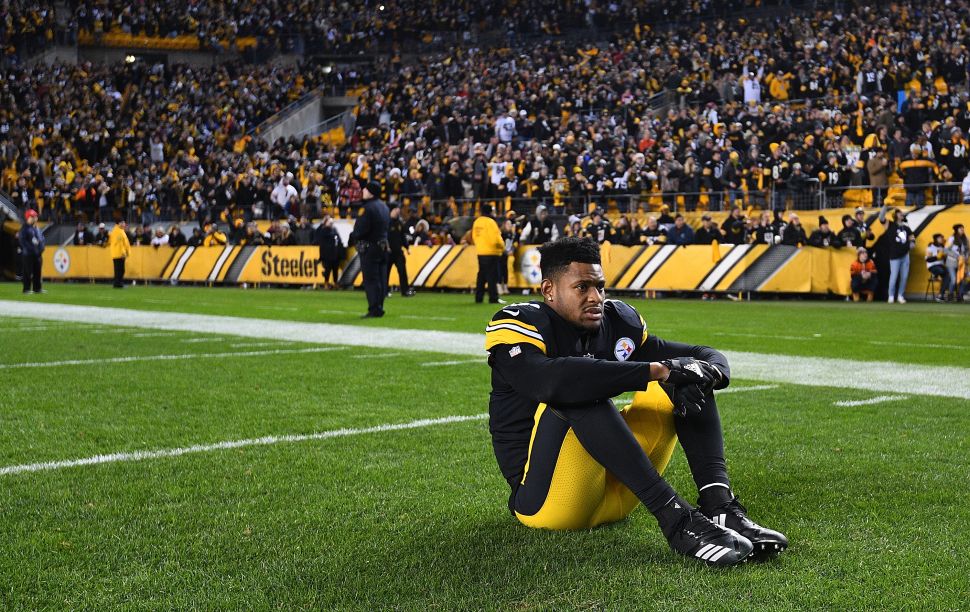