Public art and New York City tend to go hand in hand, especially because everyone who’s lived here long enough enjoys stopping in their tracks to stare at something bizarre every once in a while. This week, the development firm Alexico Group announced that in the second week of November, a public sculpture by Anish Kapoor will begin to be installed under a new residential high rise at 56 Leonard Street in Manhattan, which will certainly provide pedestrians with something appealing and new to look at. This won’t be Kapoor’s first work of public art to be welcomed to the Big Apple, because Public Art Fund has hosted two exhibitions of his work in the city in the past: Sky Mirror in 2006, and Descension in 2017. But the artist has also already made an impression all over the world with variations on his huge, rotund sculpture that people have long identified as “The Bean.” Kapoor’s New York piece will be more balloon-shaped, as well as 48 feet long and 19 feet high. Its location also sets it apart.

There are certain disadvantages to where the art will be installed. Based on the proposed rendering of Kapoor’s New York piece, it’ll be squashed under the high-rise on the sidewalk next to the road, which doesn’t leave much room for pedestrians to take pictures or even for them to walk down the street normally. The Kapoor piece in Millennium Park comes off so well in part because there’s so much space for it in the publicly accessible Millennium Park: people can see the sculpture from far away or marvel at it up close, without having to worry about disturbing upstairs neighbors or dodging traffic.

The developing firm doesn’t seem worried, at least, anticipating the influx of visitors. “We are excited to be starting the installation of this work that completes our vision for 56 Leonard in Tribeca and will draw arts and culture lovers to its magical seamless surface,” Izak Senbahar of Alexico Group said in a statement. Indeed, in a world dominated by digital deluges and informational overload, getting people to truly engage with a work of art for more than a few seconds at a time can be deeply challenging. Kapoor has figured out how to do it.

Back in 2004, years before everyone’s brains became thoroughly addicted to posting self-portraits for a quick hit of validation, Kapoor debuted Cloud Gate in Chicago, and it seems seems to still resonate today because of one key feature: its reflective surface. The sculpture shows viewers an alternative way at looking at the city around them, while also allowing them to see themselves differently.

In other words, Kapoor’s bean-shaped mirror artwork, which has also been installed in places like Versailles and New Zealand, allows its audience to observe artwork while also observing themselves. For that reason, all the iterations of Cloud Gate have been bona-fide Instagram hits. If you’re impatient for the Bean experience and can’t wait until November, there’s also a show centering Kapoor’s work currently on view at Lisson Gallery.

Correction: A previous version of this article stated that this will be Kapoor’s first work of public art in New York City when in fact, Public Art Fund had previously hosted two exhibitions of his work. The piece has been updated to reflect this change. 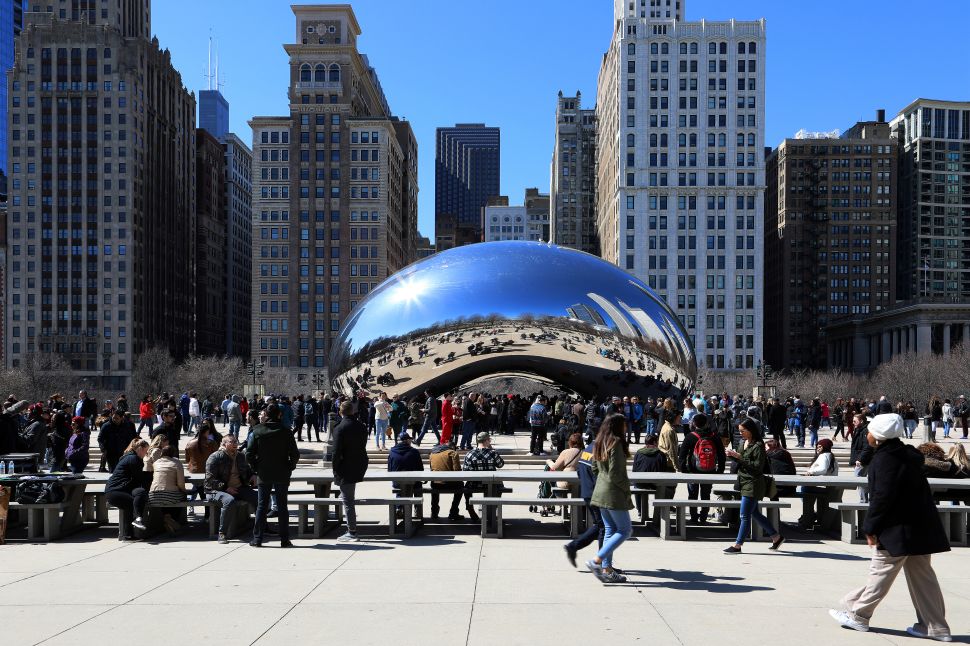