Apple is the latest company to take a stance on the vaping argument. The tech giant announced it’s removing 181 iOS apps that promote or are related to vaping from the App Store.

As Axios reported, the company’s decision comes as no surprise, considering it stopped accepting submissions for new apps that contain vaping content this past summer. With the vape lung epidemic showing no signs of stopping, the company has officially taken down 181 related apps.

“We take great care to curate the App Store as a trusted place for customers, particularly youth, to download apps. We’re constantly evaluating apps, and consulting the latest evidence, to determine risks to users’ health and well-being,” Apple said in a statement on Friday.

The statement went on to cite the recent findings by the Centers for Disease Control and Prevention (CDC) and the American Heart Association as warnings of e-cigarettes’ fatal health dangers, especially on young people.

“We agree, and we’ve updated our App Store Review Guidelines to reflect that apps encouraging or facilitating the use of these products are not permitted. As of today, these apps are no longer available to download,” the release added.

Those who’ve already downloaded the apps, which mostly contain vape news and gaming, will still have access to them.

The vaping crisis has become a hot topic as political pressure mounts. In recent weeks, infamous e-cigarette maker Juul announced it has stopped selling its fruit flavored pods until the Food and Drug Administration (FDA) assesses their safety, a move prompted by new CEO K.C. Crosthwaite. The San Francisco-based company is awaiting the approval of its premarket tobacco product application (PMTA) by the FDA—without any use of lobbying efforts—before selling the pods again.

“Given the lack of trust in our industry, we believe the FDA’s PMTA process and its ‘appropriate for the protection of the public health’ standard are the best ways to assess the role these products can play in helping adult smokers move away from combustible cigarettes while also being kept out of the hands of youth,” the startup said in a statement.

With large corporations like Apple coming down hard on the issue, the vaping crisis could see major regulatory breakthroughs in the coming months. With marketing-prone youth being used as a proxy for safety concerns, cleansing Apple’s mobile app store of e-cigarette content is a major milestone for advocates. 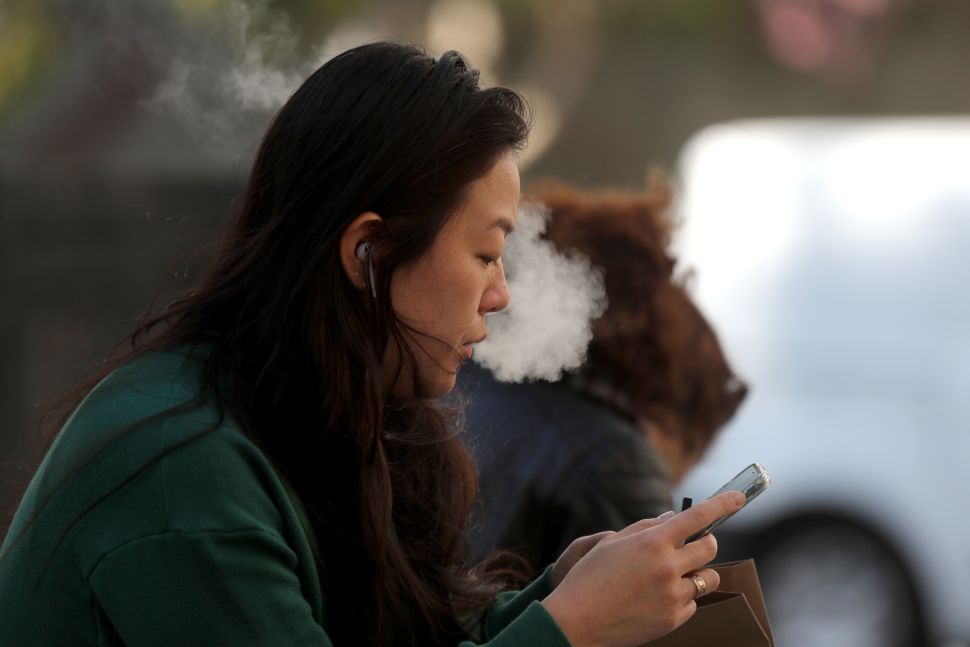