The global art market and art fair circuit constantly demand new offerings, which was why, in September, Art Basel announced that the company would be launching a new initiative in Abu Dhabi in February 2020 titled Art Basel Inside. Not just another art fair, Art Basel Inside was pitched as “a multi-faceted cultural experience offering thought leaders from diverse fields and industries the opportunity to share visions and engage with the issues facing the world today.” In other words, something like a collective panel or summit in the vein of an art-centric TED conference. However, it wasn’t to be. This week, Art Basel announced that Art Basel Inside had been called off.

In a statement, the company said that the decision to cancel was made in conjunction with the Abu Dhabi’s Department of Culture and Tourism and Art Basel’s parent company, MCH Group. Although the company said that interest in the event had been acute, admission prices were steep: a ticket to Art Basel Inside would have set you back $15,000.

The conference was planned to be curated by Marc-Olivier Wahler, the director of the Musée d’Art et d’Histoire in Geneva, and the programming was supposed to be lavish: tours of the Louvre Abu Dhabi led by professional dancers were reportedly on the table. “Art Basel Inside in Abu Dhabi in February 2020 was always an ambitious project on quite a short timeline,” reads a statement obtained by Artnet. “Despite a lot of excitement for the project, support from our partners, and incredibly hard work by the team, we were not able to move forward with Art Basel Inside.”

As the wealth-saturated capital of the United Arab Emirates, Abu Dhabi is home to glistening new museums and annual highbrow art fairs, but lingering labor issues and questions about the number of collectors actually purchasing artwork in Abu Dhabi continue to percolate. Art Basel may have wanted to transcend the notion of the art fair with Art Basel Inside, but art fairs, after all, are what the company does best. 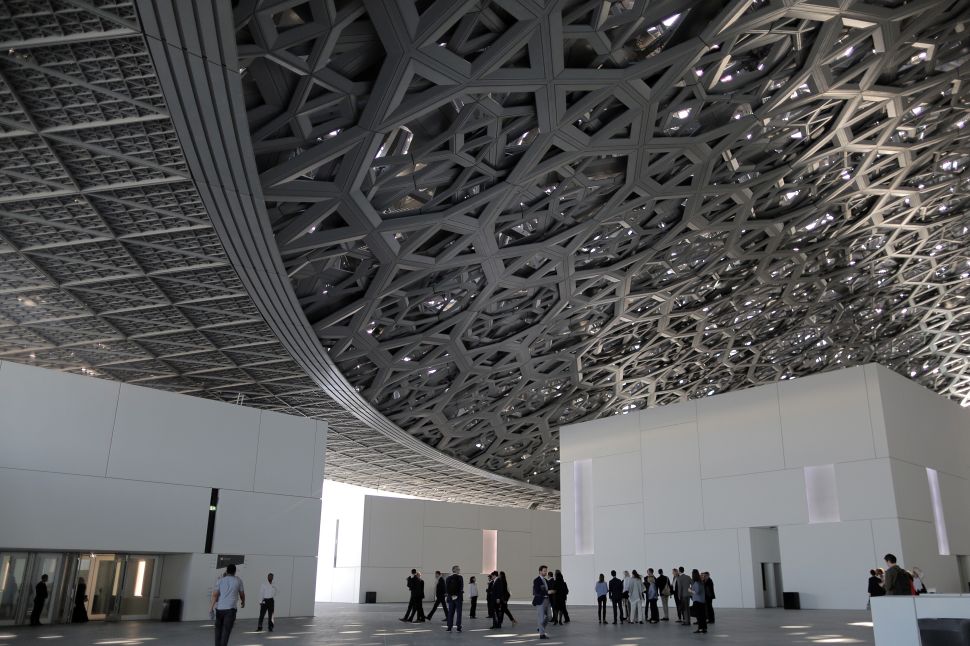