As contemporary cultural critics and readers re-evaluate centuries during which women artists were sidelined and under-canonized (a practice that continues in earnest to this day), an unintended consequence is that women who actually thrived during their time periods can be paradoxically overlooked. That’s no longer the case for Artemisia Gentileschi, an Italian Baroque painter whose powers were at their height during the 17th century and who became the first woman to be accepted as a member of the Accademia di Arte del Disegno in Florence. There’s been a resurgent interest in Gentileschi’s work over the past few years, and on Wednesday, a newly-discovered canvas by the artist will go up for sale in Paris. Artcurial, the auction house supervising the auction, has placed the base estimate for the painting at between $660,000 and $880,000.

According to Artcurial, the painting in question had gone unrecognized in a private collector’s storage for approximately 40 years before the identity of its creator had been discovered. It depicts the violent suicide of Lucretia, an ancient Roman noblewoman who, according to legend, stabbed herself to death with a knife after being raped. Gentileschi frequently addressed themes like this in her work, and used her expertise to paint women who were full-throated in their own agency even as they operated in the midst of traumatic experiences. She also drew from her own life: at the age of 17, Gentileschi was raped by the painter Agostino Tassi and faced down a harrowing court case in the aftermath.

One of the artist’s most famous paintings is Judith Slaying Holofernes (1620-21); the canvas tells the Biblical story of a pious widow diligently beheading the general of the army that had besieged her city. Both Judith Slaying Holofneres and the painting Lucrece display Gentileschi’s skill when it came to depicting women who face the prospect of violence with a deeply chilling frankness. It therefore stands to reason that in 2020, Gentileschi will be honored with an exhibition at the National Gallery in London: during a time in history where pervasive sexual violence against women is finally being taken seriously, her work resonates. 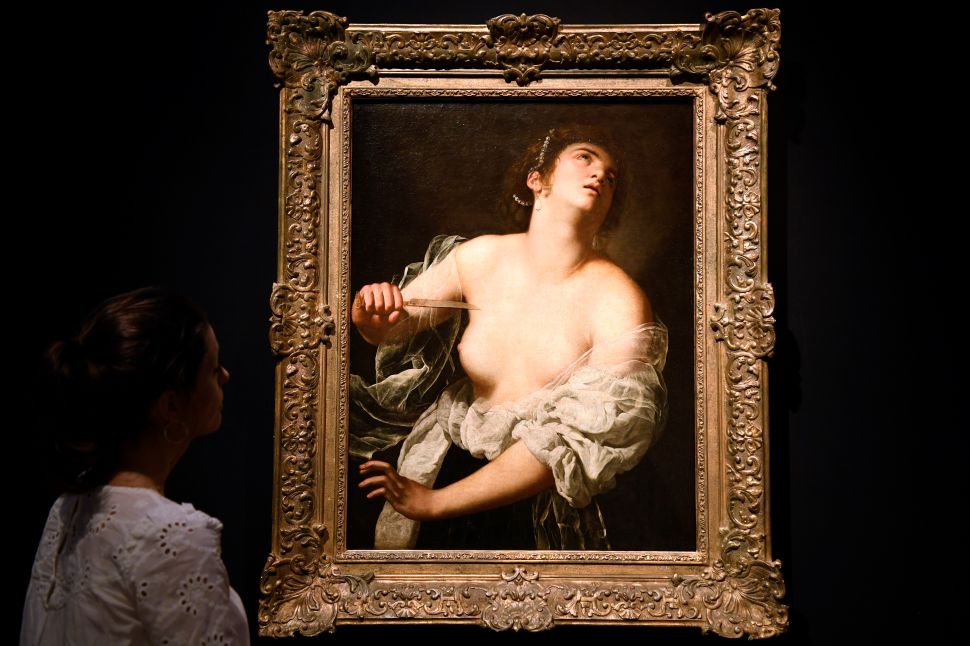