Don’t want to use artificial intelligence (AI)? Afraid to try it, or suspicious of it taking over the world? Too bad… you’ve probably already employed it, and don’t even know it.

But don’t worry, it’s not ready to enslave us all yet, at least according to a pair of CEOs… one from an artificial intelligence company and another from a live streaming company.

‘Never Have I Ever…’

Never have I ever… tried AI? According to Medium, you’re likely an AI user, whether you realize it or not. Have you ever received a recommended list of products online? Does your email have filters, or offer smart replies? Ever had a chatbot reply to your text questions? Ever typed something on Google, and it offers you some suggested search terms? Has your bank or financial institution sent you an email alert? Has an online map shown you a quicker route? Use an exercise monitor or fitness tracker? Many of your apps use AI as well, as Medium explained.

According to the Pew Research Center, 46% of Americans say they use voice-controlled digital assistants in their consumer behavior, with nearly half via a smartphone. The remainder use it on a computer, tablet or other device. As you can imagine, it’s more likely to be used by a younger person. Most like the convenience of these, with others liking them for their entertainment value, the ease of simply speaking and the ability for kids to use them.

Deloitte Research reveals that nearly two-thirds of America are likely to be using those products and services previously mentioned, without realizing that the voice on the other end is not likely a live human respondent. And we’ve been using such machine learning around 47 time a day—for the past three years—while folks over 55 are increasingly getting interested in this new technology.

The Sci-Fi of AI

For those who avoid AI like the plague, the Pew Research Center found a few reasons why. Most who don’t use a voice assistant aren’t interested, or don’t own such a device. But among those who deliberately avoid AI, privacy concerns were cited by more than a quarter of respondents, followed by the feeling that “it’s too complicated to use” (cited by nearly 20% of non-AI users). Others buy into the argument that AI is “overrated,” as cited by a recent article in Forbes.

“AI is not perfect,” Carpenter explained. “There are a lot of people who people believe that you just ‘throw AI’ at a problem and it will all work.”

“People come at it from a conversational standpoint, learning it all from 20 years of sci-fi movies,” Stubenvoll added. “What you learn is that AI is a statistical prediction machine, making guesses based upon data. It’s going to be 50 years to never before we get to artificial general intelligence. Artificial narrow intelligence is where we are now, but we do it really well.”

In other words, it will be awhile before we get to the world of I, Robot.

But is this all about a desire to cut costs as we cut the workforce with an army of Alexas? “When I started out [creating voice personality “Holly” for the fast food industry], customers would gravitate toward the labor-saving aspect, not to get rid of workers, but because there were 800,000 open positions,” Carpenter noted. “But it’s now less about cutting jobs, but improving accuracy and providing a better service for the customers, increasing income by serving existing cars.”

But this is more than just Holly’s artificial smile. Such machines can gather a wealth of information about customers that a human just couldn’t compile while making and servicing fast food, in multiple languages.

Will there be any need for jobs? “We’ll gather so much information that we’ll have a big data problem,” Stubenvoll remarked. “There’s going to be a huge need for data analysis as the ability to collect data increases.”

That simplifies that “AI” myth, but what about other buzzwords like 5G and 4K?

“5G will provide more reliability, a greater product for audio streaming and video, as well as an increased ability to download movies and songs, streaming video games,” Carpenter explained. “Those games will be ‘photo-realistic.’ Plus, 5G would be really important for self-driving cars for that internet connection. Can’t have delays with that, right?”

“4K is the next resolution of video,” Stubenvoll said. “Right now, YouTube looks horrible on a 70-inch TV, but we’re now getting close to the fidelity of film. It looks gorgeous.”

But is it just about entertainment?

“You could train a video camera to understand small nuances,” Stubenvoll continued. “The picture is so clear that you could see what type of cigarette the person is smoking on the video.”

So what’s the controversy with Huawei?

According to Carpenter, “There’s a concern about Huawei using backdoors to get the Chinese Communist Party into the U.S. electronic infrastructure, to gather information, monitor it and change it. It’s not controversial to say that China hacks U.S. enterprise. We have serious trust concerns with China, and Huawei violates international sanctions. Luckily, American companies are working on 5G, like Ericsson and Oracle.”

AI is mocked for machine-like inaccuracies, but most feel that like voice assistants are really good at their job, or generally so, according to the Pew Research Center

“Conversational AI is out everywhere,” Carpenter concluded. “The question is how quickly it will proliferate in the next 12 months. And the more human it sounds, the more likely we are to adopt it.” 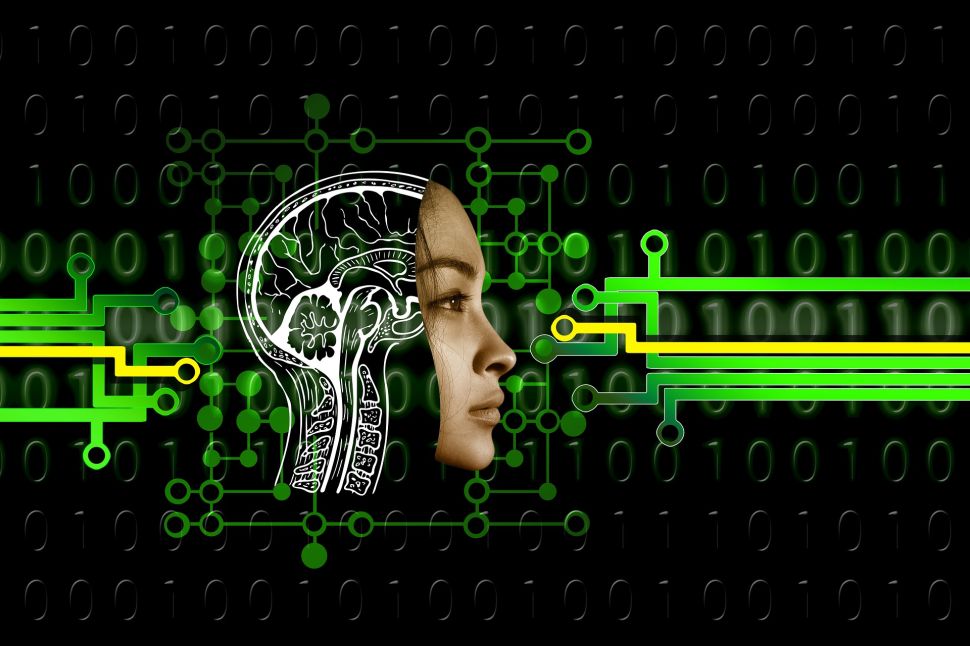