Microsoft co-founder and billionaire philanthropist Bill Gates says he has paid over $10 billion in taxes over his lifetime, but Democratic presidential candidate Elizabeth Warren‘s wealth tax proposal might force him to count how much he’s got left.

Speaking at The New York Times DealBook conference on Wednesday in New York City, the philanthropist said he’s all for hiking taxes on the ultra-wealthy to increase government revenue, but lawmakers need to think about building an effective “incentive system” that will work for all of the billionaires and multi-millionaires.

“I’ve paid more than anyone in taxes. If I had to pay $20 billion, it’s fine,” Gates said during an onstage interview with Times columnist Andrew Ross Sorkin. “But, you know, when you say I should pay $100 billion, OK, then I’m starting to do a little math about what I have left over… Sorry, I’m just kidding. So you really want the incentive system to be there, and you can go a long way without threatening that.”

Asked whether he would like to discuss his thoughts with Warren in person, Gates said, “You know, I’m not sure how open-minded she is, or that she’d even be willing to sit down with somebody, you know, who has large amounts of money.”

Responding to the news over the internet, Warren tweeted that she’d like to invite Gates for a face-to-face meeting to explain “exactly how much” he would have to pay under her policy.

“I’m always happy to meet with people, even if we have different views,” she wrote, tagging Gates directly. “If we get the chance, I’d love to explain exactly how much you’d pay under my wealth tax. (I promise it’s not $100 billion.)”

Last week, Warren laid out a plan to fund “Medicare for All,” which requires $20.5 trillion in federal spending over a decade, by imposing a 6% tax on households with over $1 billion in net worth and raising capital gain taxes on the top 1%. 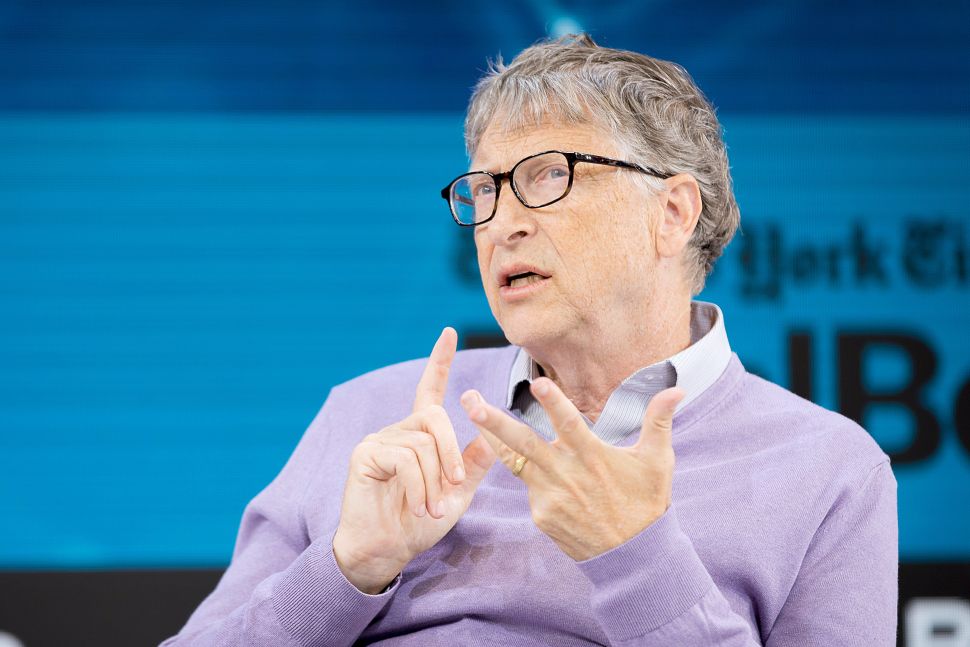