Heliogen, a little-known Los Angeles-based clean energy company backed by Bill Gates and Los Angeles Times owner Patrick Soon-Shiong, came out of stealth mode on Tuesday by announcing that it has discovered a groundbreaking method to generate extreme heat from solar energy that, if fully scaled, could help reduce the world’s greenhouse gas emissions by 20%.

Unlike conventional solar power plants that use solar panels to capture energy from the sun, Heliogen’s patented technology uses mirrors to reflect sunlight to a single point to generate heat, which sounds like an idea straight out of an elementary-school science project. But here’s the catch—Heliogen is capable of reaching a temperature no one has ever been able to reach through this approach (or any other solar power system) before.

Using artificial intelligence-powered computer vision software to arrange positions of a field of mirrors, Heliogen can generate heat above 1,000 degrees Celsius, which is equivalent to one-fifth of the temperature on the solar surface and is hot enough to make cement, steel, glass and other industrial products whose processes currently rely solely on fossil fuels.

“If you take a thousand mirrors and have them align exactly to a single point, you can achieve extremely, extremely high temperatures,” Bill Gross, Heliogen’s founder and CEO, explained to CNN.

Gross said that Heliogen’s technology can generate energy that’s no only clean, but also cheaper than fossil fuels. “We are rolling out technology that can beat the price of fossil fuels and also not make the CO2 emissions. And that’s really the holy grail,” he said. “If we go to a cement company and say, ‘we’ll give you green heat, no CO2, but we’ll also save you money,’ then it becomes a no-brainer.”

“I’m pleased to have been an early backer of Bill Gross’s novel solar concentration technology,” Gates said in a statement on Tuesday. “Its capacity to achieve the high temperatures required for these processes is a promising development in the quest to one day replace fossil fuel.” 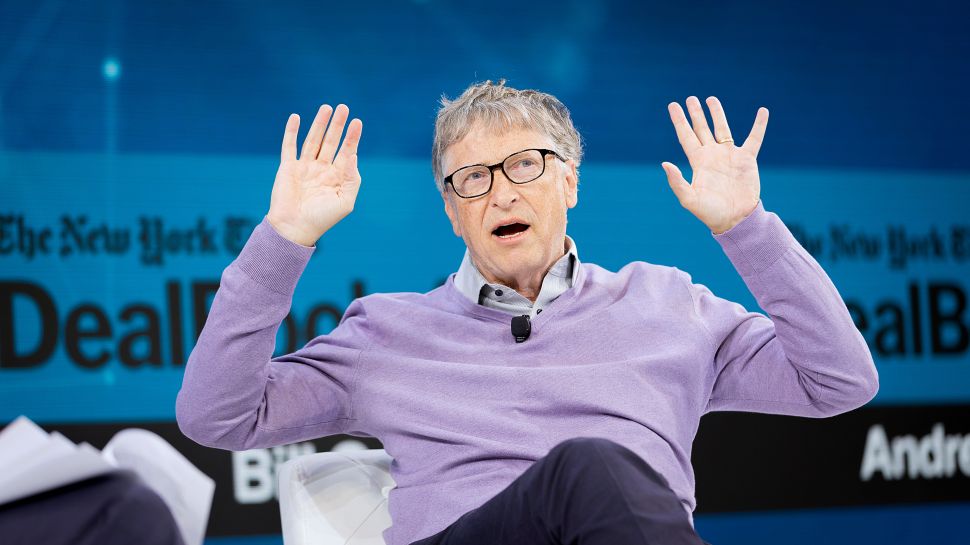