It takes tech savvy burglars to rob tech savvy people. Right? Well… not exactly. A lot of the tech that car burglars use isn’t that savvy; it can be downloaded directly onto any smartphone.

Here’s a simple formula: laptops emit a wireless signal; a Bluetooth scanner can detect devices that emit wireless signals. As Wired recently noted, in the tech-epicenter of San Francisco, there’s been a rise of laptops and gadgets being stolen from cars.

SEE ALSO: How a Hacked Light Bulb Can Lead to a Drained Bank Account

Smash-and-grabs, if you will.

In numerous cases, smash-and-grabbers are only stealing electronics from cars—when the vehicles also contain other valuables—so, hiding a laptop under a car seat won’t do the trick.

Let’s play Sherlock and deconstruct. Many laptops and gadgets have a default mode, in which, if the Bluetooth is turned on, it allows other Bluetooth devices to find them for the purpose of pairing—even if, say, the laptop is closed or in sleep mode. Thus, thieves are using Bluetooth scanners to target cars that are emitting wireless signals from the devices inside.

Better not get this app into the hands of evildoers who like to smash-and-grab for fun.

Sure, you could argue that maybe these “burglars” are simply staking out parking lots to see if people are stashing their laptops after parking their cars. But the thing is: Monica Rueda, a San Jose Police Department crime prevention specialist, told Wired that often times only the electronics are stolen from vehicles, while other valuables remained un-stolen and intact. Not to give criminals any pointers, but why take the risk of breaking into a car if you can’t be sure if something of value is inside?

Even more car tech woes, Wired also reported how hackers are using an $11 radio gadget to spoof the signal from wireless car key fobs to open vehicles’ doors. How it works: one thief holds a radio gadget a few feet from the victim’s key, while his compadre holds the other gadget near the target car. The attack tricks both the car and real key into thinking they’re in close proximity.

In the case of laptop thievery, as Edward Snowden pointed out, our smartphones provide a direct digital footprint and record of your location. Meanwhile, if your device is emitting a wireless signal, it too can be detected. Thus, in our brave new world, there’s always easy surveillance of both humans and devices.

So, it’s advised, if you are going to leave a device in a car, put laptops and gadgets in airplane mode or fully power them down if left unattended, rather than in sleep or standby mode. Further, even if you think a device’s battery is dead, it might not actually be dead and could still be emitting a signal.

Much like burner phones, the need for burner laptops, which allow you to remove the battery, has arisen.

One aspect of hacking is to point out security flaws, so companies will take the time to improve their security features. In this case, the hacking involves smashing a car window when someone detects a laptop might be hidden under a seat.

So, I guess a big lesson to learn is never, ever leave your laptop in a car—until this small, and easily detectable, security glitch can be worked out. 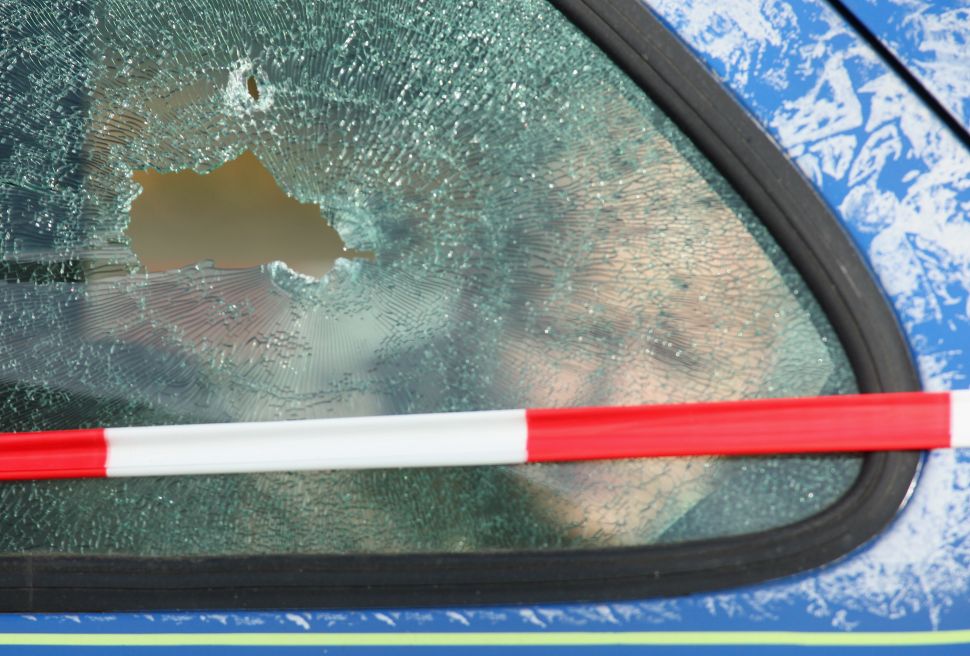