Brandon Stirling Baker has probably emotionally affected you—at least, if you’ve been to the ballet within the past few years. The lighting designer, a frequent collaborator with choreographer Justin Peck and resident lighting director of the Boston Ballet, is one of the most prolific artists in his field today, and is likely responsible for the little gasp you let out when the curtain rises at David H. Koch Theater.

His lighting has been featured in the repertories of nearly every major ballet company in the world, from New York City Ballet to Hong Kong Ballet. And his work has not gone unrecognized: in January of this year he hosted his own Works & Processes event, “The Choreography of Light,” at the Guggenheim, where he demonstrated in front of an audience exactly how he designs light for a ballet. He has also recently been nominated for a Knight of Illumination Award KOI-USA for his work on Justin Peck’s Reflections—were he to win, he’d be only the second American to have had the honor in the history of the award.

His success comes as no surprise if you’ve seen his work—his lighting is equally as stunning as it is humble. You feel its impression when the curtain comes up, but it never upstages the dancers. With each ballet, he takes its unique essence into consideration. For example, he explains that in Peck’s 2015 revision of Agnes de Mille and Aaron Copland’s Rodeo, “the most important thing is the warmth. If it’s not done well, it could be a whole other ballet and audiences will perceive it in a different way.” For Baker, every aspect of his work has this kind of intention. “Everything is a gesture. Everything is a choice. If it’s not, then I delete it. Life is so short as artists, so if you’re going to make something look cool, that’s great, but it has to be more than that, and I think that’s what makes a difference.”

But beyond his innate talent for design and his contagious enthusiasm for his medium, Baker’s ability to create the perfect light for a ballet might come from his unique passion for collaboration.

After having studied lighting design at California Institute of the Arts and the Royal Scottish Academy of Music and Drama, Baker took a year off lighting design to work on costume and set design, though he makes sure to clarify, “it wasn’t like I was dismissing my work in light, I just wanted to see what else there was.” The experiment proved fruitful. “It changed my life,” he says. This background, added to the fact that he grew up as a musician, makes it clear why Baker is so good at understanding production as a whole vs. seeing his art as a standalone effort.

His most current collaboration is with Jamar Roberts, Alvin Ailey American Dance Theater’s resident choreographer. The piece, Ode, will be previewed in a Works & Processes program at the Guggenheim tonight, and will premiere with Ailey on Dec. 10; it tackles the challenging and increasingly relevant theme of gun violence. In Baker’s words, “Jamar is brilliant. He’s always been a beautiful dancer, but he’s such a great thinker.” It’s refreshing to hear an artist admire a fellow artist the way Baker admires Roberts and his other collaborators.

In addition to lighting design by Baker, the piece will have costumes designed by Roberts, the piano music of Don Pullen, and, serendipitously, set designs by Libby Stadstad, who happens to be Baker’s fiancé. On how to take on the difficult subject matter,  Baker explains, “Jamar wanted it to be a celebration of the life of survivors, he didn’t want it to be this visually stark world. He said, ‘I want it to be a flower for those that have been affected by this terror.’” Stadstad specializes in floral sculpture and has created a minimalistic, but not simple, ceiling of flowers for the dancers to dance under.

On his role in the ballet, Baker emphasizes that “lighting is never independent, the moment you add another ingredient, like a scenic element or a giant ceiling of flowers, I can’t ignore that that’s a strong gesture on its own.” He explains that, not alone, but with the music and choreography and flowers, “we are creating this ethereal, dreamlike world that lives in-between the world of life and the world of death.”

In all his work, it’s that “we” that feels so important. Baker is a generous and empathetic artist in a world where ego and preciousness can eat away at creatives. He’s an artist who gets excited at the skills and talents of others and understands that the collaborative effort is what creates a great work of dance. 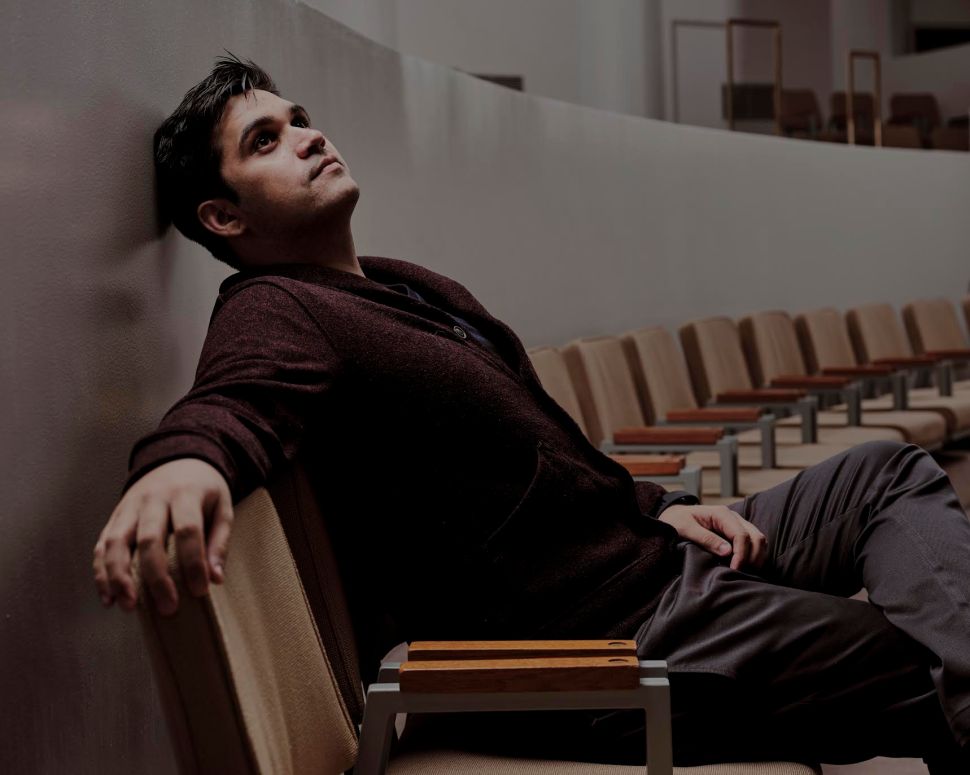