Today, in conjunction with their continual and controversial supporter British Petroleum, the British Museum is launching an exhibition that will be on view through March of 2020 titled “Troy: myth and reality.” In recent months, escalating concerns surrounding climate change and activist pushback lead to the Royal Shakespeare Company and the National Galleries of Scotland terminating their relationships with BP; the British Museum is essentially the most prominent organization that has not yet renounced this source of big oil money. Addressing this on Monday, two artists who are featured in the “Troy: myth and reality” exhibition issued an open letter to the British Museum, urging the institution’s directors to sever ties with the business.

The letter was written by performer Reem Alsayyah and director Zoe Lafferty, who directed the play Queens of Syria featuring refugee women. A filmed version of the play is included in the exhibition and will remain in the exhibition for the time being, according to The Guardian.

“BP’s business has had devastating impacts on people and the planet, and it has taken decisions that have undoubtedly contributed to conflict, refugee crises and the worsening climate emergency,” the letter states. “As many in our sector are now distancing themselves from BP, we feel we have a responsibility to speak out too and make clear that our work should not be used to clean up the company’s tarnished image.”

The sentiments expressed by Alsayyah and Lafferty bear similarities to the artists who wished to withdraw their work from the Whitney Biennial this summer, due to the presence of former board member Warren B. Kanders. What this sea change illustrates is that increasingly, artists and the public are expressing unwillingness to tolerate institutional acceptance of wealth sources known for their abuses of power. Plus, more generally, people are taking note of how the arts are frequently used to provide legitimacy and reputability to figures and businesses that don’t deserve it.

What the British Museum’s next move will be is anyone’s guess, but it’s likely that the institution will be unwilling to divest from BP unless protestations break out on a much larger scale. “We understand that people have concerns about this kind of support and it’s right that those questions are raised,” a spokesperson for the museum told Artnews. “Without external support, much programming and other major projects would not happen. Temporary exhibitions deliver tangible public benefit, deepening people’s understanding of the world’s many and varied cultures.” 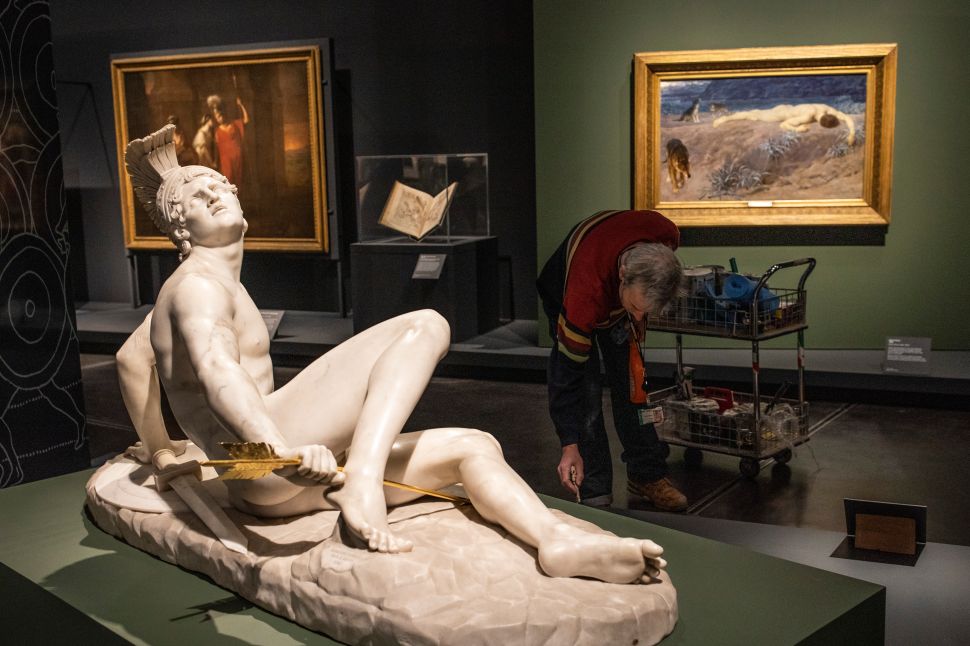