If you’re a New Yorker, you’ve probably noticed a new ingredient appearing on shelves over the past year: hemp-derived CBD.

What you may not have noticed, however, is that here, in New York State, the hemp industry remains something like the Wild, Wild West—unregulated and unpredictable. And while we have regulation at our fingertips, a textbook case of political gridlock is not only hurting this fast-growing industry, but it’s also putting consumers at risk.

But first, some context.

Hemp farming became legal last year when Congress passed the Hemp Farming Act, which removed hemp from the controlled substances list and set the stage for farmers and entrepreneurs to cultivate the crop in all 50 states. Economic analysts have called the Hemp Farming Act a “catalyst for explosive growth,” with forecasts anticipating the hemp industry to top $20 billion by 2022. And somewhat surprisingly, hemp legalization enjoys bipartisan support. Republican Senate Majority Leader Mitch McConnell and Democratic Senator Ron Wyden do not agree on much, but both are champions of the movement. In today’s political landscape, this may be one of the only things Democrats and Republicans can agree on.

New York State was quick to jump on board, making significant infrastructural investments to support the industry. Two years ago, when hemp production was restricted to academic research institutions, there were barely 100 state-licensed growers; in 2019, 56 of New York’s 62 counties are now populated with hemp crops. This figure will only continue to climb in the Hudson Valley. Take Orange County, which has developed an accelerator program to create, per Politico, a “one-stop shop for testing, extracting and processing” hemp-CBD products.

As New Yorkers ourselves, we see hemp’s enormous potential here in the state firsthand. Since Recess’s launch in late 2018, we’ve developed a manufacturing hub in the heart of the Hudson Valley, and now employ over 20 people in our New York City headquarters full-time.

Recently, however, we’ve been forced both to shift our manufacturing operations out of the state, leading to layoffs at the Hudson Valley facility and significantly slow down our hiring and growth plans. And we’re not alone—the hemp industry in New York is grinding to a rapid halt.

On June 21, 2019, six months after the Hemp Farming Act, the New York State Assembly passed its own Hemp Extract Bill, which, although imperfect, was an important first step toward establishing guidelines for hemp-derived CBD in food and dietary use. The Hemp Extract Bill also explicitly allows for the retail sale of hemp-derived beverages, like Recess’.

For the hemp industry in New York, this impasse has dire consequences.

In the absence of concrete state regulations, the New York State Departments of Health and Agriculture have focused their efforts on preventing CBD products from being sold. They are, of course, simply trying to do their jobs, but in practice, this has meant implementing a catch-all enforcement strategy. It not only punishes the “bad actors,” but also the companies making an effort to set high safety standards for the products that are in demand.

The current status quo will continue to adversely affect New Yorkers: farmers who allocated fixed acreage to hemp-specific projects; regional development organizations, like Orange County’s accelerator initiative; local retailers who have dedicated shelf space; and finally, the increasing number of consumers who have come to rely on access to reliable, legal hemp-derived products for physical and mental relief and who may now look elsewhere—to third-party online retailers, perhaps — only to receive potentially unsafe products.

Other states in similar predicaments aren’t sitting on the sidelines. New Jersey, Florida and Texas have all been able to pass state-level hemp regulation, while Illinois introduced a bill that would set up a “CBD Safety Fund” to collect fines from companies that do not meet certain testing and labeling requirements. Even our own New York State Senator, Chuck Schumer, recently issued a press release calling for immediate action by the FDA to allow for the commercialization of CBD.

Thanks to the Hemp Farming Act, the hemp industry is not going anywhere. But New York’s role in this new economy remains to be seen.

Together with New York State, we want to be part of the solution to help invest in the place we call home—and to allow for the growth of the hemp industry while making sure consumers are protected. It’s time to make hemp legal, safe and accessible for the people of New York.

Benjamin Witte is the founder and CEO of Recess, a consumer wellness brand creating products and experiences designed to help people feel balanced, centered and inspired—read his full bio here. 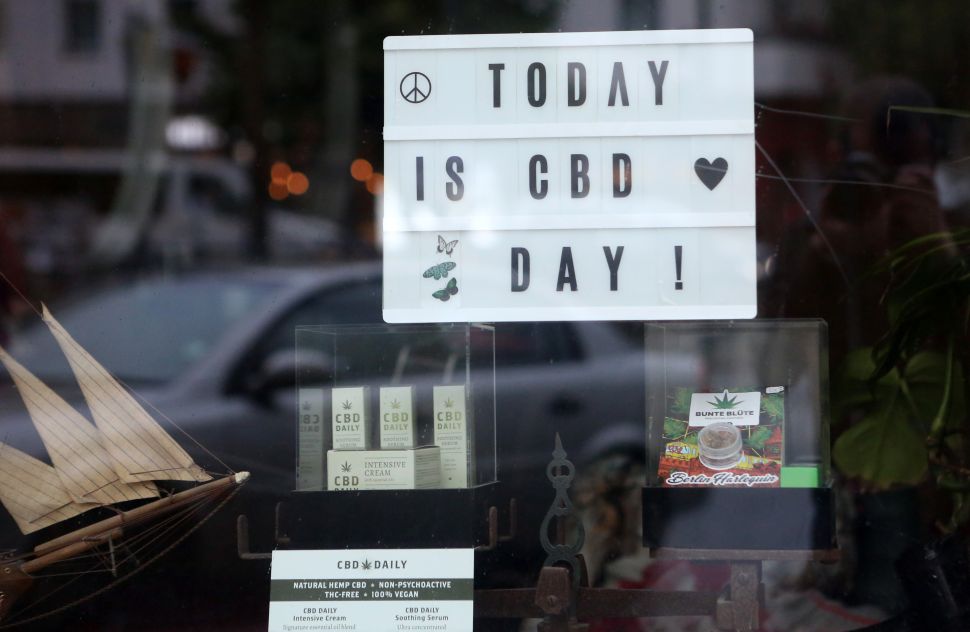